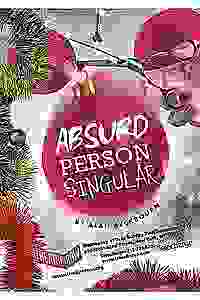 See it if ur up for a skillfully played anti-holiday dramedy/farce in which 3 middle class couples reverse social status over 3 Xmases in 70s Britain.

Don't see it if u expect this to be a frivolous, knee-slapping British farce [It's a funny play but w/serious political overtones & an implicit malaise].

Also This play has always been a difficult work to grasp, as Ayckbourn upended farcical conventions and created a work that is more Chekhovian than Molièrian, setting up the audience for some disappointment if they came to see a riotous farce à la Ray Cooney or Michael Frayn. While it was written specifically as a commentary on the difficult political climate of Heath's Britain (and thus seems a bit dated), it still speaks to the present state of the middle class (in the UK & in the US).

This particular production is a little rough around the edges, but it is an ambitious staging (on a relatively low budget) and worth the 2 1/2 hour investment.

See it if Fan of Ayckbourn, enjoy this play, want to see how a real British company handles it, enjoy acerbic comedy

Don't see it if You expect elaborate sets & lighting, don’t like imported shows, have trouble within men, not a fan of slapstick or pun-like humor

Also Not a lot new here, but always learn something as part of this....

See it if you want to return to the aspirational 1970's where everyone believed in themselves on the surface while hopping to find it deeper within.

Don't see it if you want a full performance of this very well written play which needs better ensemble work than this cast is giving it.

See it if British like humor. Three couples with drama. Good acting.

Don't see it if If you want a very funny show or musical.

See it if you are an Ayckbourn fan and enjoy English humor, farce and comedy, with an underlying darkness and social commentary; less than great stage

Don't see it if you dislike the above and prefer musicals; need elaborate staging to bring a show to life.

Also This was only the second preview performance; I expect the show will improve as the English company gets more familiar with the audience and plays accordingly. Lack of scenery was actually a bit of a distraction for a play which was well written but would have improved with more elaborate settings. Actors did a fine job.... Read more Read less

Stephi L
New York City
25-34 | Female
376 reviews
Get Alerts Alerts On Alerts Off
0
Comedies that fail to make us laugh about misogyny don’t need to be praised for their earnest efforts
December 13th, 2019

A feminist stares into the abyss & sees this production of Absurd Person Singular—plus all the other women who’ve been told to “lighten up” and swallow their dignity so those w/ reactionary impulses may double down & preserve theirs. Cancel your ticket & eat the cost. There’s a shadow of a husk of a kernel of a one-time useful class critique here, but it’s not worth the price of internalized misogyny.

See it if you want to see how a British farce can fall on its face if poorly acted and directed, then see it. A real disappointment. Very dated.

Don't see it if you want to see one of Ayckbourn's farces that succeeded on B'way. This production does not give you its virtues.

See it if you like "in your face" not always funny farce, good acting, class conflict, difficult inter-relationships over time & long plays.

Don't see it if you dislike 2 1/2 Hr. plays, farce that often falls "flat" & sets that don't meet the requirements of the play's themes.

See it if You are a fan of British humor. This was a bit dark, with lots of physicality. It reminded me of As Time Goes By, the sitcom with Judi Dench

Don't see it if You want to see something edgy, modern or updated.

Also I was at the second preview so things were a bit loose but I enjoyed myself nonetheless. The second act was particularly good.... Read more Read less

See it if you want to see a play by a major mid-20th Century English playwright; you enjoy British farce--even when it isn't particularly well acted.

Also I visited London frequently in the 70s and 80s and almost always caught the latest Ayckbourn play. They were hilarious, but also biting satire. I can't quite decide whether his plays--or at least this one-- just haven't aged well or this just isn't a good production. (The cheap wig on Jane Hopcroft doesn't help.) The slapstick elements just aren't all that funny here. The sad parts overwhelm them.... Read more Read less

See it if A devout Ayckbourn fan; it’s otherwise a slow 2-hour plus slog of not-quite-farce nor dramedy. May have worked in ‘72 but hasn’t aged well.

Don't see it if Expecting quick wit, pace or the usual rhythm of British farce.

Also While lovely that a small Yorkshire company has found its way to New York, the choice of vehicle is perplexing. Why this play and why now are apt questions with no obvious answers, especially in this worldwide #MeToo moment. Period misogyny aside though, it’s the slow pace of this comedy that’s the problem: farce exists in an absurd and complete parallel universe whose quick rhythms carry the action and humor. Slowed down, reality, introspection and logic creep in edging out the comedy. Perhaps British tradition and DNA can make sense of it — not unlike The Honeymooners in the US — but in this case it simply doesn’t work.

The cast is capable, Eve Burley and Maria Sykes benefiting particularly well from script and characters, while Claire Marlein, whose suicidal Eva should have stolen the show, was badly served by unfocused direction.

Lastly, while it's true that costs of mounting anything in NY are astronomical, whose idea was it to have sets and props so obviously procured at Ikea?

See it if you're a fan of Ayckbourn and want to a low budget slower version of one of his earlier works.

Don't see it if you're expecting a top-level production. it's done very slowly and cheaply and isn't firing on all cylinders.

See it if you're a fan of Alan Ayckbourn and you like humor from 1972.

Don't see it if you want to see an up to date play that is refreshing and humorous.

See it if You want to see talented actors in a sub par English farce. Very dated and not very funny.

Don't see it if You want a farce with bite. Not one of the playwrights best.

See it if Think that you can fully understand the British humor from 70th.Good, but very grotesque and clownish acting.

Don't see it if Too long. Prefer light comedy.

See it if Amusing, clever satire, funny farce and social commentary all at the same time. Inventive and fun.

Don't see it if Has a nasty edge. A little slow by today's comedy standards.

See it if you enjoy a comedy play mixed with a bit of slap stick.

Don't see it if you dislike plays that are slow moving and repetitive at times.

See it if you want a play that deals with upward mobility with humor and surprising twists.

Don't see it if you are not a fan of the dry humor of that era. Thought the second act was very funny while first and third required more interpretation.

See it if You don’t mind seeing a non-funny comedy. Have to say the actors do their best and are quite good.

Don't see it if You expect to see a brilliant Ayckbourn comedy. This one is not up to his talent.

Also To say that I was disappointed is an understatement.

See it if English comedies, and Ayckbourn in particular, make you laugh.

Don't see it if Honestly, I can't think of a reason to not see it.

Also This is a company from England and each actor is perfect for her/his role. It's, at the same time, funny and sad. I laughed a lot and felt compassion for the characters. So good.... Read more Read less

Don't see it if The last act feels a little superfluous.

Also Three acts=three families' Christmas visits to each other over the years with changing life circumstances.... Read more Read less

Don't see it if you need big sets. This is a very condensed production

See it if A very early version of an Ayckbourn treatment. Worth seeing for that reason. Slapstick ending is pretty funny.

Don't see it if Feels a bit strained, stilted and dated. Ayckbourn got much better.

See it if You love the British class humour. You enjoy writing from a well renowned writer. You want to see British theatrical talent.

Don't see it if You cannot invest in the characters journeys. You don’t understand British humour.

Also What can I say. I am here visiting from the UK where I have seen this company before. Was a treat to discover them. The actors are superb. I felt they invested time and heart into their performances. Act 2 was moving and funny. True Ayckbourn. This is superbly directed. Only seen Ayckbourn done better in Scarborough. This was better than Ten Times Table UK tour. At last! Someone who understands!! It was appalling to see people leave after Act 1. You have to have patience with Ayckbourn. I hope this company get the audiences they deserve.... Read more Read less

See it if Want to see something really British. Can transport yourself back to the 70s with their ideals and social status.

Don't see it if You have little patience. You need to be prepared for 2.5 hours. It’s worth it.

Also Although I have never heard of any of the actors I am sure I will be hearing more. Real talent. The company really reached out and welcomed us in. The lovely lady on the door recommended I leave a review on here. From the moment we entered the theatre to the minute we were welcomed and enjoyed the whole experience. Please come back stateside.... Read more Read less 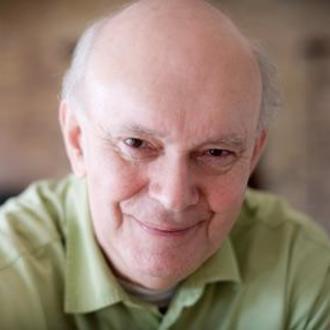