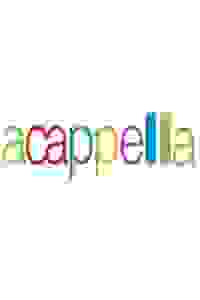 Part of the New York Musical Theatre Festival, this romantic musical comedy melds acappella and musical theatre to tell the story of a disillusioned teen idol from a small southern town who must find his own way home.

A gospel singer leaves home, going from the "music of praise" to the "music that pays." As a jaded roadie rushes him away from an arena full of screaming fans, a forgotten and ignored old man on a street corner belts some beautiful blues just because it feeds his soul. The young singer realizes that somewhere along the way, it became more about the money than the music. He goes back - to family, to friends, to the woman he left behind, but can he? Is it love or just nostalgia? He returns to the place where everything is familiar, except that nothing is, and learns that he has to find his own way home.

"As with any product in development, 'Acappella' has room for growth. Its book needs some attention and certainly needs to flex its text to compete with the music. And that music, splendid as it is, needs to more uniformly connect with Ms. Meli’s book...As it stands, 'Acappella' is a moving testament to the strength of the human spirit, the importance of the human community, and the endurance and richness of personal faith."
Read more