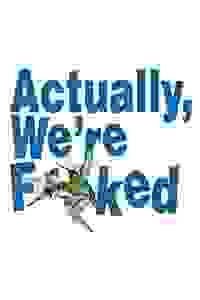 Cherry Lane Theatre's Founder's Project  presents this world premiere about four millennials who gather every Thursday to order take-out, drink too much wine, and argue over how to unf**k the planet.

They know the world is a dumpster fire and they're the generation to fix it--until someone makes a life changing announcement that challenges their beliefs, their relationships and whether babies should have their own Instagram accounts.

See it if u enjoy network sitcoms & seek a palatable way to pass 90 minutes w/mostly amiable but forgettable characters & their Millennial problems.

Don't see it if u expect any shock implied by the profane title, as this is a pretty safe, inoffensive domestic comedy about relationships and infidelity.

See it if you want to be entertained by a funny, neatly plotted romantic sit-com with a twist or 2 & don't care too much about plausibility.

Don't see it if you want to identify with the characters in your romantic comedies: It is hard to find the foibles of this quartet very lovable.

Also This probably works best if you just sit back & laugh at the (mostly) clever individual lines & situations & the ingenious plotting. Modern Couplehood (among straight people) is held up for our inspection & skewered for all its pretentions. Some of the humor flops—a series of jokes about circumcision & menstruation come to mind. And you have to overlook the fact that nothing we see tells us why the 2 couples on stage ever got together in the first place, or why they are still in the room together at the end. But individual performances are winning, even though the characters portrayed don’t provoke much sympathy, & the 90 minutes move swiftly because the jigsaw puzzle of a plot remains intriguing even when it’s not so believable.... Read more Read less

See it if curious about how a contemporary "boulevard" comedy could be done, enjoy comedies about couples who mix things up, can suspend disbelief

Don't see it if you want realism in your comedies, don't enjoy plays about romantic entanglements among two mismatched couples or with unlikable ccharacters

See it if Two unfaithfully infertile couples devise unorthodox fertility plan to raise their children."I ache for a baby,but my baby is inside of you"

Don't see it if Clunky melodramedy. "You're a man with a vagina." "My cervical mucous was perfect." Scoffing repeatedly at man who literally has no testes.

See it if Four young people complaining/talking about live, with funny movements and things happen with a twist.

Don't see it if If you want something real.

See it if you enjoy very cliched discussions by 4 millennials which lead to unexpected sexual relations. The ending is quite clever. Good acting.

Don't see it if you do not like constant reference to men's private parts (which was very relevant to the plot) or references to fertility problems.

Also In a way this show was very interesting showing young people who are so concerned about the future of the world and yet have some very big personal problems that they have difficulty dealing with.... Read more Read less

See it if You appreciate a play about issues for thirty year olds.

Don't see it if You aren’t interested in thirty year olds stories.

See it if You really want some good laughs!!

Don't see it if You’re prudish.

See it if Two couples face complications and funny situations deciding when and how to have children. The state of the world is f**ked and so are they

Don't see it if You can’t go along with a comedy of improbable events, unexplained choices, and light treatment of a serious situation.

See it if you like plays that feel very in the now and enjoy some good acting.

Don't see it if Some parts of the play are interesting in commentary about the state of the world, but then play veers into some soap opera drama.

See it if you want a lighthearted, current-day comedy with some cute twists that doesn't take itself too seriously. I enjoyed quite a few good laughs.

Don't see it if you don't like contemporary plays or are a sensitive millennial with no sense of humor.

See it if A contemporary​ tale of two couples with lots of twists and turns, many a surprise but the best surprise was the happy ending.

Don't see it if Nice to see an examination of relationships that is not dark and depressing.

See it if You're up for an entertaining evening of light comedy with very serious undertones. A pro, able and likable cast gives body to this script.

Don't see it if You dislike Millennials, the ageist trope that includes them and the term, or comedies of manners in any form, especially contemporary ones.

Also Thin and facile the script may be, but in fact it’s the only palatable approach to take on the all-too-real, serious and literally terminal issues that underlie this script. It mostly succeeds, though the all too cute we’re-all-pregnant-now happy ending pretty much undercuts rather than defies all that came before—getting pregnant the ultimate act of defiance in a doomed world.

Still, there are clever bits and characters. Mairin Lee brings her usual subtle wit and warmth to her cold logical attorney; Keren Lugo is great as the spiritual Wiccan who lauds the mystical femininity of the vulva; and Ben Rappaport and Gabriel Slyer terrific as their other halves. Terrific set by Robin Vest, great projections by Brad Peterson and nimble direction by John Pasquin keep all moving.

In the end, it feels like Neil Simon crossed with Samuel Beckett: light, funny banter of characters faced with a dark future and no good decisions, persevering — "You must go on. I can't go on. I'll go on."

See it if you want to see one of the best off-Broadway shows available now. Performances are second to none

Don't see it if you're looking for a BIG Broadway production

See it if You don't mind watching Millennials deal with messy relationships.

Don't see it if You don't care about the drama of having or not having kids... no Millennials I know are quite so obsessed with procreation.

See it if You like a small talented cast & love the actors! BEAUTIFUL set! Loved the staging, blocking, acting top-notch. Some harsh language, but, I

Don't see it if Loved. Intelligent, yet, not domineering where you felt you couldn't catch on. Loved the "conscious uncoupling". I'm a millennial, so this

Also Was up my alley, however, an older couple next to me were laughing hysterically, as well. Premise a little contrived, but, loved everything overall.... Read more Read less

See it if you would like to see a comedy about millennials who have the answers for all the world's problems, yet have trouble with their own.

Don't see it if you want to see a show with a completely believable story line; don't enjoy comedies involving milenniels

Also This was a funny, well written, well acted play with a nice twist at the end.... Read more Read less

See it if Charming street and cozy theater. A very nice place to decompress.

Don't see it if Cost exceeds two drinks. Helen Keller and Stevie Wonder could see where this play is going.

Also Preposterous premise and basically unlikable characters, either spineless or manipulative. The couples are so mismatched that we easily guess that a swap is imminent. The silicone testes tidbit is original, albeit puerile. How he kept cancer and infertility from his seven year mate is astounding. But have a few laughs by all means. Lee is gorgeous. Sloyer is a smooth Casanova. They look sharp in costume. Rappaport supplements his TV income too, and comes across as the nice guy beta male. Lugo delivers the tears. Shocker: alphas and betas pair up. Amazing set, befitting a wealthy playwright set up by other media (Roseanne, Cosby, Home Improvement), but has gotten long in the tooth.... Read more Read less

See it if You want to see 4 good looking millennials siting around bitching about their lives...good acting and funny moments.

Don't see it if You are not interesting in todays youth and their extramarital issues.

See it if ..you'd like Neil Labute to be edited for TV by Chuck Lorre. Starts out interesting, but devolves into sit-dram-com.

Don't see it if ..you prefer characters who behave in realistic ways.

See it if a story that's a cross between friends and [insert soap opera of choice here] appeals to you.

Don't see it if ...I can't think of a reason why you wouldn't want to see this show. It's harmless fun. Improbable. But harmless nonetheless.

See it if Fresh and smart writing, adorable performances, makes important points while still being fun and romantic.

Don't see it if You're tired of environmental and bringing children into the world political plays. You're unable to enjoy Romcons.

See it if You are modern in your views on relationships.

Don't see it if You are very traditional.

See it if Entertaining, contemporary show about 2 millennial couples (but you don't have to be a millennial to like it), with witty fast moving script

Don't see it if Bad language and contemporary themes offend you.. 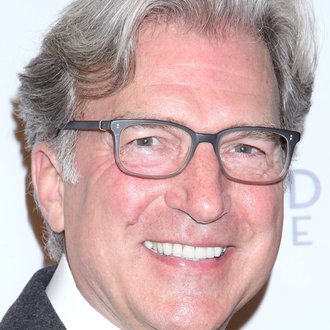 Matt Williams
Playwright
Get Alerts Alerts On Alerts Off 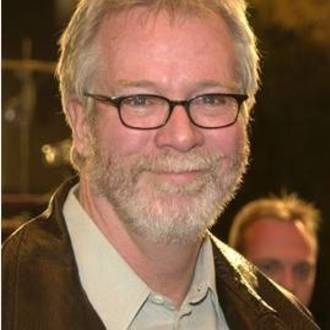 John Pasquin
Director
Get Alerts Alerts On Alerts Off 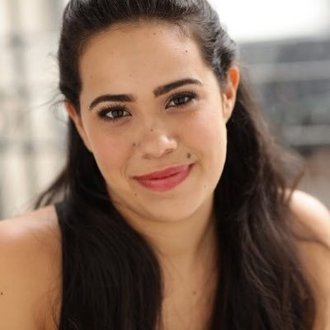 Keren Lugo
Cast
Get Alerts Alerts On Alerts Off 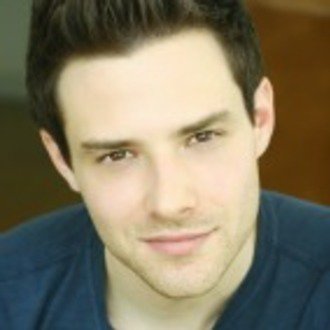 Ben Rappaport
Cast
Get Alerts Alerts On Alerts Off 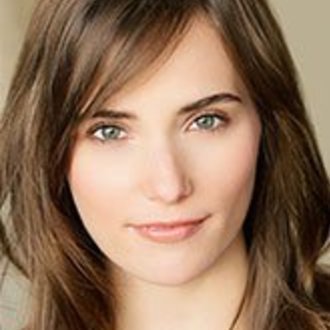 Mairin Lee
Cast
Get Alerts Alerts On Alerts Off 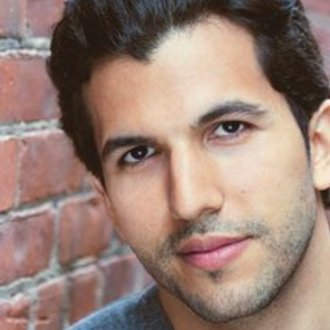 Gabriel Sloyer
Cast
Get Alerts Alerts On Alerts Off