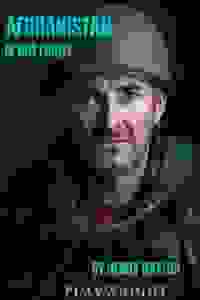 View in admin
Afghanistan Is Not Funny
NYC: Soho/Tribeca
79
Score it Scored!

Afghanistan Is Not Funny NYC Reviews and Tickets

A British comedian reflects on his time visiting Afhganistan.

In 2002, UK comedian Henry Naylor  went to the Afghan War zone with photographer Sam Maynard to conduct research for Naylor’s Edinburgh Fringe play “Finding Bin Laden.” They were threatened, held captive by the Mujhadeen, and almost killed by the Taliban. Now, as the Taliban assume power, Naylor is forced to ask: what has been lost in the ruins of Kabul?

See it if You want to hear about a playwright's experience going to Afghanistan with some moments of comedic relief. Powerful moments.

Don't see it if You want something light or don't want to be forced to face some realities. This play deals with heavy subject matter.

See it if You want to be confronted with life outside the bubble. You enjoy poignancy presented with humor and pathos.

Don't see it if You can not see, hear or think about human suffering.

‘Henry Nayler’s one-actor show has won more awards than many shows have had performances, and Nayler himself has won at Edinburgh 3 times. And they were well-deserved, every one of them.’ [Naylor is] ‘a very fine raconteur. He deftly moves from one character to another, and his comedic and dramatic senses of timing are excellent. Put simply, I wish the performance had been longer.’
Read more