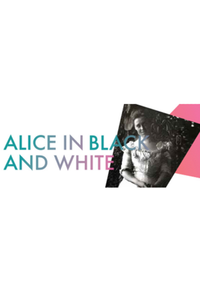 Alice in Black and White NYC Reviews and Tickets

'Alice in Black and White' traces Austen's love affair with photography and with her partner, Gertrude Tate, at the turn of the 20th century, to her fall into poverty and obscurity by the 1950s. Originally produced in Louisville, KY, the production comes to Austen's native New York City in honor of the 150th anniversary of her birth.

"The appealingly modest 'Alice in Black and White' straightforwardly tracks the life of this double pioneer...The show is at its best when it follows Austen at work and in love, especially since Kepler and Ellis have an affectionate rapport. Rice and the director lose their grounding when they turn to Jensen’s efforts to track down Austen’s photos, and the attempts at humor there are strained. You can only impatiently wait for Austen to come back in focus."
Read more

"Beautifully written, splendidly directed, and featuring an excellent cast, this is one to see…Jennifer Thalman Kepler is superb as Alice Austen…’Alice in Black and White’ is an extraordinary testimony to Alice Austen's work, her lifestyle and her legacy. The intimate setting of 59E59 Theaters is ideal for the show's presentation. This is a very important, brilliantly conceived show that shares the ideals of one woman, ideals that have timeless significance."
Read more

"'Alice In Black and White' is an intimate portrayal of Alice Austen—an unconventional, daring, slice-of-life photographer who focused on 'Street Types of New York' for over 40 years. Robin Rice’s play is structurally uneven and confusing which detracts from a meaningful perspective of Austen’s complicated life choices and what sacrifices she made becoming America’s first female photo-journalist."
Read more

“Although awkward and obvious in moments, Rice’s play is an important tribute to a great artist. If ‘Alice’ inspires visits to the Alice Austen House in Staten Island it will have served an important benefit...Directed by Kathi E.B. Ellis, some of the acting, particularly at the beginning of the play, might have been more earthbound and realistic, but Ellis wisely picked up the tempo and found breathless hope in the face of life’s tragic circumstances.”
Read more

“It all comes off more like an outline for would probably work better as a filmed documentary than this play. Unfortunately, the interspersed scenes that try to add a bit of suspense...are more intrusive than smoothly or interestingly integrated...In fairness to director Kathi E. B. Ellis, it's challenging to move actors and props on and off this tiny stage...While ‘Alice’ is a flawed play, it does introduce us to a little-known game changer.”
Read more

“Alice Austen was a woman ahead of her time. Born during an era and in a society when there were not many options for women besides becoming a wife and mother, Alice was an unmarried, childless lesbian who lived with her girlfriend Gertrude Tate...Lovingly captured in ‘Alice in Black and White' by playwright Robin Rice, director Kathi E.B. Ellis and members of the Looking for Lilith Theatre Company, Alice was a true pioneer; a feminist decades before anybody started using that term.”
Read more

"While Rice’s play fails to bring her subject to life, the same is true of the production, which uses seven actors to play 16 characters, although no one has the requisite versatility to play multiple roles. There are several moments when it’s anyone’s guess as to who some people are. The greatest challenge is faced by Kepler, who has to age incrementally throughout and who can do little more than depend on embarrassingly hoary stage clichés in doing so."
Read more

"Rice reveals Austen’s history one piece at a time, separating the years with another story...This secondary storyline is an odd fit for the play...'Alice in Black and White' works well as commentary on the evolution of women’s rights in America, from Victorian times through the 1950s. It also makes a moving point about the women of Austen’s generation, who were brought up being told they were worth only what their wombs could produce."
Read more