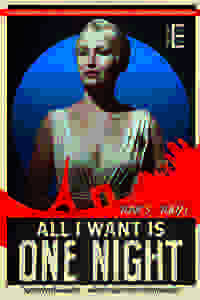 All I Want is One Night

See it if You want a terrific cabaret/theater entertainment beautifully written, directed & performed.

Don't see it if Lesbian themes bother you.

See it if you have an interest in the life of Suzy Solidar and want to hear some French cabaret songs (sung in English).

Don't see it if you want to be entertained. Only a bit over an hour, but it seemed much longer. She tried to interact with the audience, to little success.

See it if and ONLY if a tribute to cabaret star Suzy Solidor, whose sensual sapphic chansons titillated Paris in the 1930s interest you.

Don't see it if you find yourself saying who the fuck is Suzy Solidor and then asking yourself the question why is it relevant to me. SKIP THIS MESS!!!!!!!

Also I hated it from the moment it began. Apparently the play was originally written in French and then translated into English for our enjoyment. NOTE: Translation FAILED! The 65 minute running time was 64 minutes too long. FIN!... Read more Read less

See it if You’re up for 65 of the longest minutes you’ll spend in a theatre. Great premise and set but unrealized characters adrift in this script.

Don't see it if You've no interest in 1920's Parisian nightlife, clever lesbian love songs or an unhappy if interesting chanteuse/amoureuse life story.

Also As Mark Twain said of his wife's attempts at swearing, "The words are there, but the music is wanting."

Walker's fascination with and eerie resemblance to Suzy Solidor are evident in this affectionate attempt to shed light on this neglected 20's-era bisexual French chanteuse, but there's little spark either in her script or in the performances generally. Although Walker's vocals and repartée with the audience are engaging, we're never quite transported or given a real sense of Solidor's fascination.

Alexandra Mathie is capable in multiple roles, and Rachel Austin is lovely, if at times inaudible and her roles indistinguishable. But voices and volume are uneven all around, unusual for Brits on or Off Broadway.

In all, an uneven if well-intentioned evening.

See it if you've seen Jessica Walker previously and enjoy her; you enjoy torch songs; you can get front row seats and interact with the star

See it if You're a huge fan of the singer and her life or really into cabarets.

Don't see it if You're looking for a memorable production.

See it if interested in Suzy Solidor, risqué between-wars chansons, left bank lesbians. If you don't know her, this will not provide much insight

Don't see it if you're looking for drama, detail or much besides the atmosphere of a semi-seedy Parisian cabaret, which is skillfully evoked by set & singer

Also Although this piece in its current form outstays its welcome at a mere 65 minutes, there's not enough onstage to engage interest or generate real drama. It's a decent cabaret act--and might have been more successful had it not attempted a biographical resumé. One is left not knowing much about Solidor that couldn't be found in a quick online search. High points are the evocation of a downstairs boîte and the audience/peformer interactions of these bygone venues.... Read more Read less

Don't see it if You dislike audience interaction

See it if You want a great theater experience in a cabaret setting. An imaginative creation that I thoroughly enjoyed.

Don't see it if the singing were better

See it if You enjoy cabaret-style immersive shows shows and/or learning about lesser-known queer historical figures.

Don't see it if You don't like actors physically interacting with the audience.

See it if If you like cabaret style pieces. You are interested in seeing works about lesbians

Don't see it if Songs and script with some very explicit description of lesbian sex upset you. Some themes in the show have been explored before

Also It was unclear to me how much of this show was true, especially about Solidor's personality, and how much of this was just speculation. The theme was that her personality was really Sunset Boulevard, the aging star who is washed up but refuses to see the reality, but was this really so?

I would have been more interested in the political context, especially the history and details as to why Solidor was declared a traitor after WWII and was forced to leave France. Why specifically did this happen and what did she do after she was exiled? How did she return to France?

Don't see it if you are uncomfortable with GLBTQ themed shows

See it if mid 20th century cabaret, raunchy songs from your grandparents era, plot light but keeps it moving

Don't see it if it's very naughty

See it if interesting idea on a dated concept

See it if a

Don't see it if b

Also I do like songs of the 30s and I do like seeing a chanteuse singing suggestive songs. This is the story of the real life 1930s lesbian chanteuse Suzy Solidor, not largely forgotten, played here by Jessica Walter. Walter has translated all the songs into English making them understandable.

The show opens with Solidor near the end of her life and in rather pathetic circumstances but quickly goes into an extended series of flashbacks full of song and sexual energy. Walter's singing is terrific and her portrayal of this needy and frankly selfish woman is very moving.

See it if Like a play in a cabaret setting

Don't see it if If you're homophobic

See it if you're a fan of this era or want a historical insignt.

Don't see it if you wont a good cabaret show or night at the theater. Was disappointing.

See it if You want an interesting night with songs. You have a passion for the subject matter already.

Don't see it if you want something fast paced or entertaining.

Also My second visit to 59 theaters after seeing the astonishing Secret Lives of Humans. One hit and one disappointment. But theater is well worth a visit.... Read more Read less

See it if You want to get a little taste of what a French cabaret during WWII was like or to learn a little about a litttle known lesbian star.

Don't see it if You expect a fully fleshed out story line or a traditional plot. The story develops while watching a cabaret act...sort of.

See it if you want a glimpse of the life and art of Suzy Solidor, well-performed with songs in French and English in a cabaret setting.

See it if You want an unique & engaging story about artistry,love, aging & survival told in a cabaret format.

Don't see it if You prefer contemporary stories. You don't like cabaret seating. You're uncomfortable w/discussions of sexuality.

See it if Has the feel of Cabaret in World War II. Great singing I found it entertaining

Don't see it if Same sex and some of the words to the songs lyrics may bother some people.

Also Some of the seat were around tables. I found this play interesting for I read about her a few years ago. But this show is very little about her. The singing is excellent and had a great time.... Read more Read less 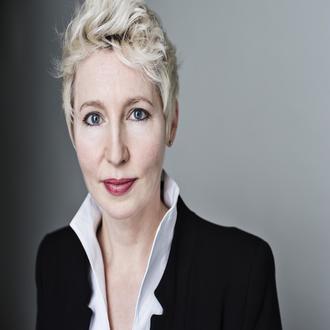 Jessica Walker
Playwright
Get Alerts Alerts On Alerts Off

Jessica Walker
Suzy Solidor
Get Alerts Alerts On Alerts Off 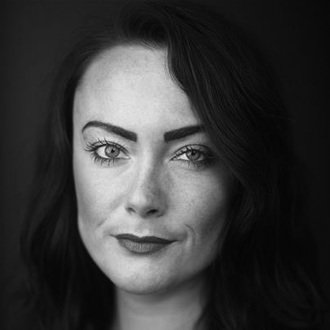 Rachel Austin
Cast
Get Alerts Alerts On Alerts Off 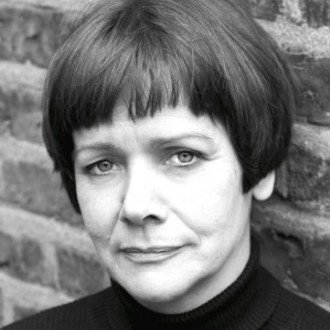 Alexandra Mathie
Cast
Get Alerts Alerts On Alerts Off