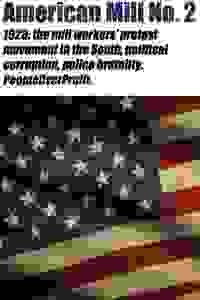 Set during the 1929 strike at the Loray Mill in Gastonia, North Carolina, 'American Mill No. 2' centers on Ella May Wiggins, a real-life textile worker, union organizer, and folk singer who was at the forefront of the protest movement. 'American Mill No. 2' includes a video component inspired by historical photography to recreate the experience of the mill workers and their families, and a live performance with protest songs.

Don't see it if You want a traditional play presented traditionally; you don't like plays with music; you don't want to be disturbed by a true story

Also This was a short but compelling piece. It was very ambitious and worked well in some ways and not as well in others.

The story is a disturbing but incredibly important one about the birth of labor unions in the south in the 1920s, focusing on one very young woman who was highly involved and who didn't give speeches but sang at rallies and picket lines.

I'd say I enjoyed it but not because it was light or fun - it made me angry but in a good way. It relates so much to our current political climate and the push against unions - people have forgotten that not even 100 years ago workers (including kids 12 & 13 & younger) worked 12 hour shifts with no breaks.

This show really made all of the points I think it was trying to. Plus the songs were compelling and several actors played instruments during various parts. The cast was quite talented I thought.

It's definitely not for everyone - but if you any interest in labor history or worker's rights I recommend this.

See it if Ur interested in learning about labour unions and the mills-specificaly in the 1920s deep South. Follows 1 woman's story who was leader/song

Don't see it if Writer. You want the usual play. This combines songs with history and short scenes-but you truly care about these people and their plight.

Also This was a beautiful told history lesson on the mill stoke of the late 20s early 30s. It focused on a real women who helped to change labor laws. The songs were beautifully weaved in and the cast was excellent. If you like history and folk music go see this show... Read more Read less

See it if Appreciate good lighting design and interesting ways to involve the audience. The story was fascinating and very informative and educational

Don't see it if "musical" equals "high production value" for you. Also, if you get easily tired of the Southern accent.

Also An interesting venture into more traditional theater by downtown team versed in the experimental theatre: director-writer Gian Marco LoForte wrote this script inspired by oral histories of Southern labor organizers of the 1920s. The subject matter could not be more timely, and dance and modern songs based on traditional tunes do a great job tying the story together. If I have one complaint, it has o do with the sound quality - at the performance I attended the lyrics often were muffled by the poor sound system which made following the story a bit difficult. Still, it's an original and timely piece of musical theater, and boy, this cast can sing and dance.... Read more Read less

See it if like stimulating your mind and senses with original singing, staging and media . The show gives you a "wow" mind blow when it is ends.

Also I really hope the troupe can obtain a grant so that they can bring the show to schools and libraries.

My date said to me that of all the shows that we have seen, this is the only one she would really like to see again.

At the end of the show I could only shout "encore".

For a wonderful, exciting experience go see it.

See it if you like devised theater, minimalism, folk-americana music, diversely talented actors and resonant stories.

Don't see it if you're not interested in history or educational theater.

See it if You like multimedia concept pieces in which the cast directly engages the audience.

Don't see it if You are uninterested in the history of the labor movement.

See it if you like small-scale, up-close-and-personal theatre, presented passionately

Don't see it if you only like Broadway-style shows, with elaborate sets and costumes, or if you don't like shows that deal with historical/political issues

Also This is a series of vignettes, loaded with factual historical information and performed by a small cast. The show is punctuated with well-performed solos and group singing, accompanied by guitar, mandolin and accordion. There is minimal character development, and no plot, except for the presentation of the sequence of salient events in a textile factory strike in North Carolina in 1929. But for most audience members, it will be a revelation of some American labor history in the last century, which is relevant to the situation of American workers today.... Read more Read less

"It's when the cast sings that 'American Mill' truly comes alive...The genius composition and the chemistry between the performers are the absolute highlights...The ensemble-devised script would benefit from some reconstruction in order to make this story more effective. It's a production with a ...
read more
Get Alerts Alerts On Alerts Off
"The score is by turns joyous and heartbreaking. When Sankaram sings as Wiggins at the beginning of the show, she is captivating. In stark contrast to the rabble-rousing musicality of the Southern mill workers, the players recount historical anecdotes seated around a table...These interludes feel...
read more
Get Alerts Alerts On Alerts Off
"They home in on the role of women in the labor movement. It’s a noble goal, but the loose multimedia format of the show succeeds more in potent moments than in the overall power...The show successfully draws parallels to still relevant issues...The strongest element of the piece is the sometimes...
read more
Get Alerts Alerts On Alerts Off 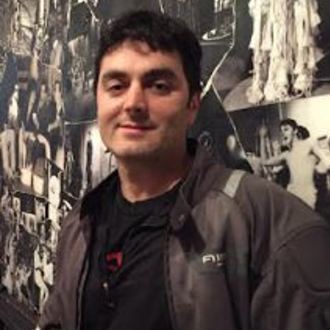 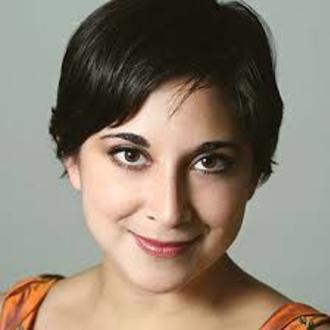 Kamala Sankaram
Ella May Wiggins
Get Alerts Alerts On Alerts Off 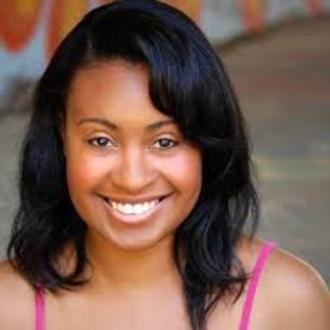 Brittane Rowe
Cast
Get Alerts Alerts On Alerts Off 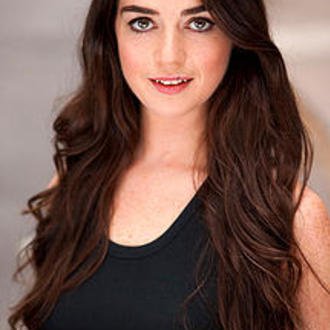