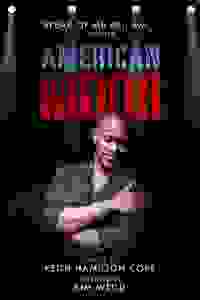 This drama takes audiences into the audition room as an African-American actor responds to the demands of a white director presuming to better understand Shakespeare’s iconic black character, Othello. More…

Keith Hamilton Cobb’s AMERICAN MOOR is the award-winning, tour-de-force new play that takes audiences behind-the-scenes and into the audition room as an African-American actor responds to the demands of a white director presuming to better understand Shakespeare’s iconic black character, Othello.

A passionate and poetic exploration, AMERICAN MOOR is an essential look at the experience and perspective of black men in America while challenging the capacity of theatre to make all people fully visible and embraced.

See it if You want to see a solid performance of a myopic text.Cute use of pedantic wording to try to give a vague Shakesperean ambiance to the script

Don't see it if The writing is very repetitive and often contradictory and hypocritical.

Also For all that the writer tries to impart, for all the disparaging comments about a director's white privilege and lack of vision on a black character (albeit one written by a white writer–Shakespeare), it was "confusing" to find out that the play is directed by a white woman.... Read more Read less

See it if You enjoy 1 person shows and themes dealing with race.

Don't see it if You dislike 1 person shows. This one felt like it was a little too long.

Wish I Could See Them All
Syosset
50-64 | Male
671 reviews
Get Alerts Alerts On Alerts Off
65
Angry, Excruciating, Slow, Relevant, Indulgent
September 14th, 2019

See it if Mostly a monologue, that attempts to draw a parallel between African American struggle for self-expression, and the Othello character.

Don't see it if Repetitive one-dimensional soliloquy by a resentful aging actor, who wants more creative freedom, spurred to rage by a bad director.

Don't see it if Justifiable or not, Cobb's righteous anger often overwhelms the piece to a point of alienation It becomes as toxic as Othello's own jealousy

Don't see it if you’re expecting deep insight into the character Othello or the relationship of the contemporary black male actor to the problematic role.

Also Perhaps my expectations going into “American Moor” were too high. I had thought this is the ideal moment in our cultural history for a mature black male actor to hold up for public inspection Shakespeare’s grand tragedy “Othello,” the play’s larger-than-life black central character & the relationship of a contemporary black male actor of a certain age to the historically problematic role. Alas, I found the play to be dry & lecture-like, with little insight into any of this. The Shakespearean readings are shaky. Only 1 speech of Othello’s is examined in detail. We hear many small particulars about the playwright-performer’s theater history, but never feel we know him. Setting up a strawman of a clueless young white male director for a few minutes of playing time made for a few laughs but was too flimsy a device to yield much more. I left the theater very hungry.... Read more Read less

See it if A one man outstanding performance by the writer himself. So relevant today re: past treatments of plays. Who is the real Othello ??????

Don't see it if Really a one person show. although another actor is involved Racial problems tackled..

See it if you enjoy expanding your perception of material that you believed you knew. This is a study of acting, being Black in American and Othello.

Don't see it if you don't know & are not interested in knowing Othello. You are looking for a light entertainment. You don't like a challenge.

See it if You want a social commentary on Othello as is pertains to historic & contemporary race relations. You want an insider look at auditioning.

Don't see it if You want a lighter play. You're not interested in race studies and/or acting process stories. You want to see a full production of Othello.

See it if Actor wanting to play Othello and the director coming head to head about it.

Don't see it if Its repeat it self over and over. It would have be more powerful shorter.

Don't see it if quick moving play slows down to the point I found myself getting antsy; picks up again & takes us to a poignant, sobering ending.

See it if You want an interesting and relevant look at Othello through modern eyes. Phenomenal acting and great premise.

Don't see it if You don't know Othello or care about Shakespeare. A little repetitive which slowed it down at times.

See it if you want to be berated for being white & not understanding a black actor's point of view & experiences; or you are black & want to be remind

Don't see it if you have enough of this experience and don't need to be harangued.

See it if you've ever auditioned or have been the auditioner, want to experience what isn't said at an audition or what a black American actor feels

Don't see it if don't want 2 empathize with what might be said, don't care 4 anything regarding Shakespeare, see Othello as non-problematic, want status quo

See it if ppl who play devil’s advocate set your teeth on edge. U hate softening a msg to appease the mainstream/not be dismissed as "angry minority"

Don't see it if want to feel transported; u r plagued w/ the double consciousness of how white ppl in particular will react to an adversarial black argument

Also Some predictable quips, but others come down like a hammer! Sharp retorts to common expressions of bias: playing “devil’s advocate,” professing a more “open mind,” censuring the “race card.” Script encapsulates—then dashes—the hope that not acknowledging race erases inequality. Cobb surfaces the type of pitiless anger that's so unseemly to anyone w/ no use for it.

But easy to see how Cobb is pulling strings. Moor’s contrived to give 1 char max airtime on his chosen topics. A neat inversion of the imbalance btwn director & actor, but it pushes the buttons & talks down to its predominately white audience. (Most things Shkspr attract a mostly white aud expecting a degree of deference to a white, male, Christian monarchist.) Can’t help thinking of the biting lyric in Strange Loop: “If you don’t please the Caucasians you won’t get the dough!”

Last 2 Othellos I saw did downplay race like it's a minor trait noticed only by Iago. After Moor, I want to see the Othello that Cobb would direct.

Don't see it if Have little interest in Shakespeare; don't care for what is essentially a one person show. Can get repetitive, but still holds your interest

See it if mostly solo* show about casting of African-American actors in Shakespearean plays; black actor's take on Othello vs. white director's

Don't see it if most of the monologues take place in the actor's head; some to a 'director' *- changes in lighting help to differentiate somewhat; much rage

Also *another actor playing the director stands in the aisle of the dark theater - barely visible and only a very small part of dialogue.
Interesting comparison of being a black actor to the character Othello. For one thing - the heightened rage of the actor & the jealousy of Othello.
The rage, although justified, becomes repetitive and is directed toward the audience. So may feel like you have been yelled at for most of the play. So if you have had enough of monologues of rage in the political world this might not be for you.

See it if you’d enjoy a frank examination of the preposterous belief of whiteness that it is the leading authority on every subject, even blackness.

Don't see it if your white fragility will not allow you to listen to a fair and needed critique of white nonsense. If you can listen you’ll learn AND laugh.

See it if Cobb is excellent as an actor trying out for Othello with an extraordinary inner dialogue of what it means to be a man of color.

Don't see it if Do not see if you do not enjoy a solo performance.

See it if You have ever wondered what actors are actually thinking while auditioning . Is Shakespeare still relevant ? Short answer..yes.

Don't see it if You have no patience for actors and/or Shakespeare , but in that case you wouldn't have come to this show at all.

Also Actors who write and perform their own shows are sometimes vanity indulgences. This one is a delightful , thoughtful exception .... Read more Read less

See it if you want to see a brilliant actor tackle the subject of race, through the spectrum of auditioning for the role of Shakespeare's Othello.

Don't see it if you aren't open to hearing an illuminating story of one black man's plight as he attempts to audition for Shakespeare's Othello.

Also Keith Hamilton Cobb is AMAZING in this play about a black actor struggling to bring insight and depth the role of Othello as he battles both his own demons and those of the ill-prepared white theater director. This is a NOT to be missed theater event.... Read more Read less

See it if U want to see very good acting;are interested in an African-American actor's views of racism in American theatre.

Don't see it if u dislike one-person shows--the director's role is so small it is really a 1 person show; dislike repetitive shows and discussions of racism

Also in all the many myriad of ways described.

See it if Up for a supremely talented actor using all his skill, craft, body & voice in his intense rumination of being black—& an actor in America.

Don't see it if Not into poetry, Shakespeare, racial issues, politics or the itinerant emotional life of an actor, particularly a classical one.

Also Kieth Hamilton Cobb commands the room and audience with quick changes of voice, pitch, character, time and place. A striking and engaging actor whose rich baritone and presence fill the room, it's the sort of technique and training audiences have learned to expect from British actors, but far less so from Americans.

Cobb’s script, a seven-year in the writing labor of love and necessity, is both a meditation on, and indictment of what it is to be, and survive as, an actor of color in America. Little is spared, from the audition process itself, to the politics of survival in the streets and the still ongoing endless march to civil rights in our otherwise free society. Very much a tour de force, catch Cobb when and where you can.

See it if Cobb, a terrific actor, tackling perceptions of race through the medium of auditioning to play the role of Othello. appeals to you. WOW!

Don't see it if you don't care for Shakespeare or the experience of being a Black man portraying Othello.

See it if You like 1 man monologues , Shakespeare and relevant discourse on race A Well acted rant

Red Bull Theater
Producer
Get Alerts Alerts On Alerts Off 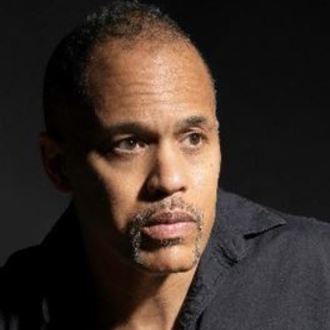 Keith Hamilton Cobb
Playwright
Get Alerts Alerts On Alerts Off 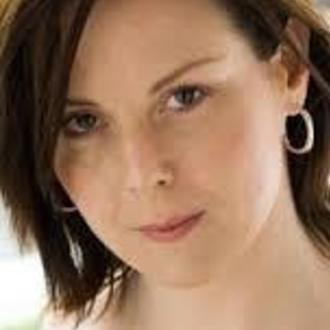 Kim Weild
Director
Get Alerts Alerts On Alerts Off