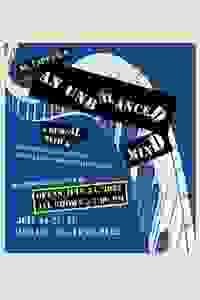 A musical revue using the songs of Al Tapper.

An Unbalanced Mind is a collection of Al Tapper songs, some of which have been listened to time and time again, and some that have never been heard before.

Al Tapper's musicals have gone produced throughout the world time and time again. His musical Sessions, played 300 performances at the Algonquin Theater before transferring to Guadalajara, Mexico, where it won the award for Best Musical.

This musical revue takes audiences on a musical tour of the great composer's timeless work.

See it if Had good singing but poor narration.

Don't see it if Very loud. Needs work to be effective.

See it if you like musical reviews - here there is wonderful singing and choreography on a small stage backed by decent muscians.

Don't see it if you are bothered by less-than-funny and disrupting narration-this needs a big overhaul and a few times a loud screeching guitar spoiled it.

See it if you would like to hear songs of composer Al Tapper, some from his shows and others lesser known. Good singers and witty lyrics.

Don't see it if you like lush songs or musical with costumes and dance numbers. Read more

69
Got produced, Over miked, Unexciting, Forever the same, Cute

See it if Presentation of music & choreography that employs all the tropes of the 50s thru 90s exhilarates U, want 2 C what Davenport Theater became

Don't see it if Not interested in musical review with no binding material, few memorable tunes and cruise ship choreography

See it if The company of great singers gave a Herculean effort with this disappointing script.

Don't see it if If you prefer a drama then skip this one.

See it if If you want to see very good performers with good voices and talent doing the best they can with the material they were given.

Don't see it if If your looking to get involved emotionally in a story. The narration was very confusion and thoughts were scattered all over the place

See it if You like real show music where you can hear the lyrics from enthusiastic and talented singers.

Don't see it if You can’t tolerate loud music. Or an uncomfortable, unfunny, and uninteresting, narration.

See it if You would like a night “off” from the world. The voices are great, the choreography like musical numbers in a variety show. Easy going.

Don't see it if You want to be moved by thought provoking work that has been honed to perfection. It is a feel good musical review not taxing to the mind.