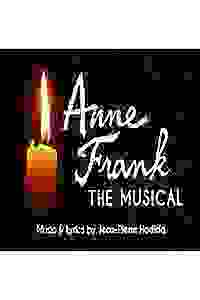 At the crossroads of musical theater, opera, and oratorio, this English-language premiere brings to life Ms. Frank's world in captivity and explores the legacy of the famed Jewish diarist.

Anne Frank, a Musical tells the story of Anne Frank through the lyrics and music of Sephardi composer Jean Pierre-Hadida. David Serero is producing, directing, and starring (as Otto Frank) in this English language premiere adaptation of the highly successful and well-reviewed production in France, which has been touring for 10 years and was recognized by the Anne Frank Museum at Amsterdam. At the crossroads of musical theater, opera, and oratorio, the twelve artists onstage will bring to life Ms. Frank's world in capacity. This musical piece is educative, emotional, and showcases the universal legacy of one of the most important Jewish figures of the past century.