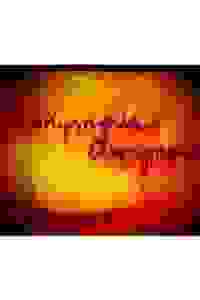 Part of FringeNYC: Anonymous, Anonymous is the time-bending, HILARIOUS story of a lovelorn playwright, as he fondly recalls the greatest and funniest moments from his past, masterfully weaving them together into a new play, telling a timeless story of lost love.

See it if you know the author or actors, if you want a 6 Characters in Search of an Author experience or want to see skilled actors heighten material

Don't see it if you want linear development, the lights to stay on, & all your questions about the play answered

See it if you're supportive friends/family. I confirm critic DavidRoberts' Show-Score of 45 & a weary audience denied an interesting story, well-told

Don't see it if You'd rather be outside sweating. Cool AC here, but no smartly-developed characters to care about in a coherent story that moved me.

See it if You like great acting and meta theater.

Don't see it if You expect a show to be cohesive with an understandable plot.

See it if You love to see great actors digging deep into their characters, or you love to see the mysteries and complications of life unfurl

Don't see it if You don't like thought provoking theatre that makes you dig deeper into yourself, or if you like predictable plot lines.

See it if You want to see a play within play within a play. A good actress but the male lead was intolerable.

Don't see it if You are looking for an understandable plot.

See it if You like meta and complex staging. The director works hard at telling this layered story.

Don't see it if You want to know what's going on! It's an very intelligent plot but I had a very hard time following it. This is not a show that spoonfeeds.

See it if You like Pirandello. You like to see interesting stage conventions. You wanna see a really fantastic central performance.

Don't see it if You need linear narratives.

See it if You're willing to take a ride and experience theatre on a new level; it boldly breaks conventions and keeps the audience guessing & laughing

Don't see it if You only like linear plot lines and traditional theatre.

"'Anonymous Anonymous' is a puzzle of a play...Sofge’s play has an autobiographic feel to it. There are some moments that are loopy and amusing. Others are somber and almost brought me to tears. Sofge’s work has terrific ideas, but they are confusing and muddled...While initially intriguing, it's easy to get lost while trying to follow, or even construct, the timeline, and to figure out where, and when, Dan/Steve is at various points."
Read more

“Once the audience is in on the ‘trick’-which occurs early on in the play-they begin to grow weary and, despite Mr. Sofge’s apparent lack of interest in dramatic arcs, fourth walls, and cathartic resolutions, the audience begins to beg for a bit of a decent dénouement...To his credit, Mr. Sofge has created interesting characters...Under Mr. Sofge’s and Michael Melkovic’s direction, the ensemble cast does its best to pull the whole thing off and are convincing.”
Read more