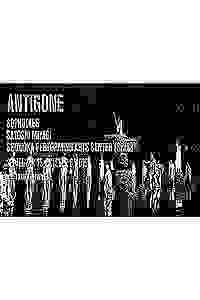 Famed Japanese director Satoshi Miyagi creates a new version of this fabled mythology that looks at this ancient play through the prism of Japanese culture. Performed in Japanese with English supertitles.

He turns the stage into a flowing river of water, known in many spiritual beliefs to separate the world of the living from that of the dead. This fresh take presents a riveting play about loss and memorialization in a way that is both timeless and timely, mixing the foundational principles of Greek tragedy, Japanese Noh theatre, Indonesian shadow play, and the Buddhist philosophy to negotiate the boundaries of intercultural encounters while creating a new theatrical universe of globalized proportions.

See it if you want to see a Sophocles “Antigone” that is not only gorgeous, but excavates the heartrending dramatic conflict of every scene.

Don't see it if you like your theater naturalistic. Read more

See it if you want to see a fascinating Japanese Noh-inspired take on Greek tragedy. The staging is beautiful, and the structure is captivating.

Don't see it if you're looking for something super accessible or are unwilling to engage with different cultural styles of theatre. Read more

CRITIC’S PICK "A Spellbinding ‘Antigone,’ Both Timeless and Urgent: An easily legible production of the ancient Greek tragedy borrows from the tradition of Noh theater at the Park Avenue Armory."
Read more

"At the Armory, a Mesmerizingly 'Japanese 'Antigone'"
Read more

A Best Bet "This drama about morality, resistance, and justice, seen through the prism of Buddist philosophy, proves to be timeless and universally significant...Splitting the characters in the Noh manner demonstrates the wisdom of Buddist detachment and the beauty of one-ness."
Read more

"Perfectly directed (no easy feat, considering the nearly 40 actors that grace the performance) by Satoshi Miyagi, the production is a sonic and visual wonder."
Read more

"Powerful as the effects are, Miyagi's focus on aesthetics suppresses the emotional impact. It's hard to feel much compassion for characters in such a hieratic world…A beautiful event, worth every theatergoer's time…While it may stir your political angst, it's unlikely to achieve catharsis."
Read more