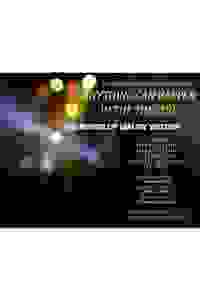 View in admin
(2017) Anything Can Happen In The Theatre: The Songs of Maury Yeston
NYC: Upper W Side
78
Score it Scored!

(2017) Anything Can Happen In The Theatre: The Songs of Maury Yeston NYC Reviews and Tickets

'Anything Can Happen In the Theater' features Yeston's best-known songs, plus new material yet to be performed in public. Directed by Gerard Alessandrini, creator of 'Forbidden Broadway' and 'Spamilton.' Note: The Triad has a two-drink minimum per person in addition to the ticket price.

See it if you want to hear rare Maury Yeston songs sung one after another without dialog or connection performed by 5 talented performers.

Don't see it if you don't like revues w/o a story or dialog & most of the songs are rare & their is no listing in the program from what show they are from.

See it if Maury Yeston's music & lyrics are wonderful and a very talented cast is performing them.

Don't see it if Could have better staging. A bit static between numbers. Semi-atmospheric lighting is hit or miss. Read more

See it if you like great singing, old broadway songs and great performers

Don't see it if you'd rather see a drama

See it if You love music, and great entertainers, in a beautiful setting ...joyful

Don't see it if You need a tight plot

See it if The show had good songs but none were really memorable. See if you like small reviews of songs strung together.

Don't see it if If you don't like reviews and a bit of overacting.

See it if First rate Broadway quality cast with music and lyrics by a world class master.

Don't see it if You expect a story. It’s a revue of songs from shows by Maury Yeston.