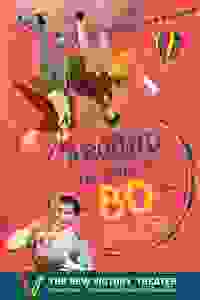 Around the World in 80 Days

This new take on the classic story is a fast-paced, globe-trotting theatrical romp jam-packed with slapstick comedy and comic book-style action scenes. Recommended for everyone 7 and up. More…

The clock is ticking! With a fortune at stake, Phileas Fogg and his silly sidekick, Passepartout, must abandon the misty streets of Victorian London and circumnavigate the globe in just 80 days, or lose everything. Get swept up in the adventure as they race across Asia on the back of an elephant, speed by steamer ship over the stormy Pacific, and ride the railroad through the American Wild West.

See it if You appreciate shows with lots of imagination as well as great talent from all. Good family show-maybe a little too involved for wee ones.

Don't see it if You can’t handle fidgety kids in the audience. Also it’s scenery/props done on a dime. So don’t expect lots of bells and whistles.

Also This has some great staging. The kind I LOVE. It’s mostly done with all manner of suitcases and trunks and it’s VERY imaginative and clever and I loved it.... Read more Read less

See it if A realky entertaining show. Great lighting, costumes and directting. A fun story with good acting.

Don't see it if If you dont want a kids show. Kids and parents talking during show. Had an usher in second act pacing up and down the isle... it was very di

See it if So, so, clever. Look for the elephant. the sailing. the train rides, the bed,. the tossing of Pounds and Notes etc ALSO

Don't see it if We wanted more

Also British Group did a masterful production (Co-op between Manchester Royal Exchange and another group-) Not a weak link in the cast, The young audience at New Victory were a perfect audience. If not previous Theatergoers they will now be... Read more Read less

See it if A lot of fun for all ages. Refreshing looking at Around in 80 Days.

Don't see it if Talking around you during show. A lot of kids. For this is a family theater so you know before you go.

See it if you like a very clever and funny retelling of the Jules Verne story. Bring your kids. Both adults and children can enjoy this show.

Don't see it if you don't like a lot of children in your audience. The New Victory Theater is a children's theater and there will be noise during the show.

See it if Want an imaginative retelling of an old-fashioned play that has all the right theatre magic on a barebones set. It's engaging and fun.

Don't see it if you don't like shows which are a bit over-the-top and silly; you don't like the original story and don't care to see it recreated on stage

Also The New Victory is basically a children's theater. If you don't enjoy children interacting with the characters, making noise and jumping up and down, this is never the venue for you. The shows can be very entertaining for adults even if they are geared for children.... Read more Read less

See it if You want to be a child again for a few hours or better yet bring a child with. you. Lots of fun!

Don't see it if You’re are a crusty old so and so. If indeed you are then get a ticket and let yourself enjoy!! It may not be Chekhov but it is Jules Verne!

Stephi L
New York City
25-34 | Female
376 reviews
Get Alerts Alerts On Alerts Off
74
Think twice about what you want your kids to get from this, Funny, Entertaining
May 11th, 2019

See it if Some very funny fight scenes. See it if you haven’t seen the likes of The 39 Steps or Peter and the Starcatcher.

Don't see it if you expect an admiring look at different cultures. Story originated as an adoring love letter to the British Empire. It shows.

Also Fogg achieves a life of adventure, meaning, leniency in sentencing, & companionship by…throwing around large amounts of money. Hmm. I guess it’s not an inaccurate message to send kids.

The performances are crisp & clockwork. My score’s not higher because my memory of The 39 Steps just blows everything in this style out of the water. But 80 Days is well executed & the fight choreography's great.

Awkward historical perspective. I don’t think the show’s so persuasive of the superiority of European civilization (which is compared to Indian sati and a Chinese opium den, but also appropriates kung fu moves for the benefit of the good Westerners) as to be really dangerous...but you never know. Kids pick up on the darndest things.

See it if If you like plays for younger audiences which are entraining and engaging enough for adults.

Don't see it if You prefer more serous plots snd are not interested in just having a fun time.

See it if you want a fun show for the entire family. Some its of audience participation were great for kids!

Don't see it if you want a serious adult production. This was fun and the theatre was full of pretty well-behaved kids.

See it if You want to share classic literature with your children. You enjoy creative world building a la War Horse and circus-inspired moments.

Don't see it if You dislike children in the audience. You want something deep and dramatic. It’s a delight of imagination, but not a heavy or heady tale.

See it if you liked the 1956 David Niven/Cantiflas film; you like corny, amusing Victorian music hall humor; you have an attentive kid over 8 with you

Don't see it if you want to see a more adult, classic version of this frantically entertaining story; you don't like sitting in an audience of fidgety kids

Also Very Victorian story, nice but dated with sepia-toned stage design & costumes- too long & not colorful enough for the very youngest kids. Clever but feeble fight scenes & tumbling. You might want to be prepared to explain the opium den scene & dated old cultural stereotypes if you've got an inquisitive kid with you.... Read more Read less

See it if want to see an amazing reproduction of a classic. The staging and acting was great. The staged fights were also unique. For Kids and Adults.

Don't see it if you don't like plays where you need to use some of your imagination. The show was really well done, so would recommend checking it out.

168 reviews
Get Alerts Alerts On Alerts Off
82
Interesting but mostly for kids, Great staging, Entertaining, Delightful
May 18th, 2019

See it if Want to spend a good time with your kids, grandkids. Several episodes required kids on stage to help actors; fast costume changes

Don't see it if Expecting the show to be identical with the book,do not like significant amount of kids,want more diverse staging and dislike British accent

137 reviews
Get Alerts Alerts On Alerts Off
90
Great acting, Masterful, Must see, Clever, Delightful
May 10th, 2019

See it if You want a little bit of everything! It's fun, not overly silly, creative staging and props , talented cast, fast paced, one of the best. A+

Don't see it if ... What? It's a must-see. I am a tough critic, and yet I have enjoyed it very much! To clear your concerns, it's definitely not childish!

See it if you have young kids; they seemed very entertained. You don't care whether there is chemistry between actors or dramatic tension.

Don't see it if you saw Around the World in 80 days in under 60 minutes (MN Fringe) or Irish Rep's 2008 production. This pales in comparison.

See it if You would enjoy an excellent retelling of the famous Jules Verne’s tale in a Monty Pythonesque way.

See it if you want to experience a magical evening of clever storytelling.

Don't see it if if you dont want to be enchanted

See it if you have a young child you want to introduce to live theater.

Don't see it if you want grown up entertainment. I'm a fan of the New Victory Theater but this production is not up to their standards.

Don't see it if it's a kids' play, so don't go if you want something more mature..

See it if You like family Entertainment smart enough for adults. 9 actors take us around the world BRILLIANTLY in 1 hr 45 mins.

Don't see it if You don't like family Entertainment and if you hate creative small shows that are funny.

See it if You like quick placed humorous campy fun

Don't see it if You are looking for intense drama

New Victory Theater
Producer
Get Alerts Alerts On Alerts Off 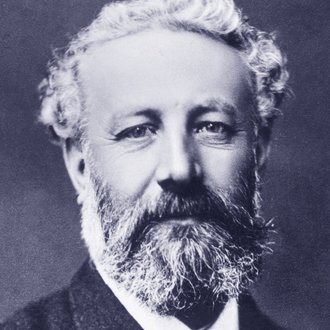 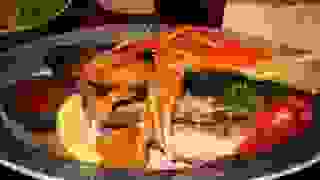 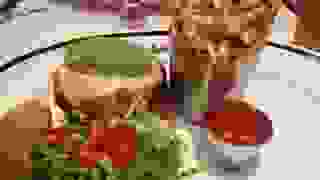 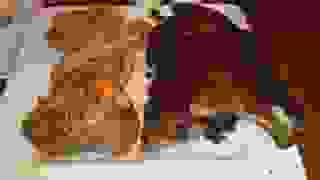 2 min walk. Massive all-American chain known for its burgers and salad bar. A tourist-trap, but it offers massive portions and a family-friendly environment. 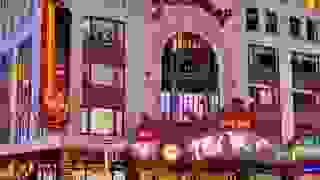 2 min walk. Part of the international mega-chain centered around rock and roll memorabilia. A great option for large parties.