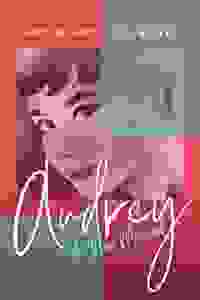 A new musical about the life of stage and screen star Audrey Hepburn.

In the mid-20th century, Audrey Hepburn was the definition of elegance, and a master of romantic comedy. Having won both a Tony and an Oscar in her first year on the American scene, Audrey starred alongside nearly every leading man of her time.

However, her personal life and history were nowhere near as glitzy and glamarous as she'd become known for being. From her time as a ballerina-turned-spy in Nazi-occupied Holland, to her heartbreaking attempts to start a family, through her unintentional revolution of style and solitude for generations of women as Holly Golightly in Breakfast at Tiffany’s, Audrey sings the unsung story of a legend.

See it if If you don't care what you see. This was poorly done.

Don't see it if A very amateurish production.

See it if I liked learning about Audrey’s life. That is really the only reason to see this musical.

Don't see it if The singing was very amateurish; sometimes screeching, sometimes totally unintelligible ! The writing was not cohesive. It jumped around.

See it if I can't think of a thing. The acting, writing, singing and music were terrible.

See it if You love Audrey, you like dance in the background, you are not too picky about what you see

Don't see it if The small band, especially the trumpet, drowned out the singers, Audrey had a good but very weak voice, too many and chaotic scene changes

See it if You just want to enjoy air conditioning. You have never seen a musical & want to ensure you will never want to see another.

Don't see it if You hate wasting money. Even if the only other option is staying hone alone to watch Tucker Carlson. Read more

See it if The actor who played William Holden.

Don't see it if Everything else. One of the worst shows I've ever seen. Audrey, Edith Head and Ella Fitzgerald must be spinningbin their graves.

See it if You want to see a high-school level show or worse.

Don't see it if Just don’t.

See it if If you want to know more about the life of Audrey Hepburn and love musicals.

Don't see it if you don't like minimal sets and want to see fully polished performances. Some of the singing was in my opinion, lacking.