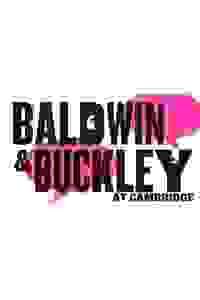 View in admin
Baldwin and Buckley at Cambridge
NYC: East Village
53
Buy tickets from $60 on TodayTix
Score it Scored!

Baldwin and Buckley at Cambridge NYC Reviews and Tickets

A dramatization of the historic debate between James Baldwin and William F. Buckley Jr.

In 1965, two of America’s greatest minds were invited to debate whether “the American Dream is at the expense of the American Negro,” bringing to light our country’s most staunchly held prejudices.

See it if This was a mess. We have seen recently many plays that repeat some event verbatim. It can be done well. This was not the case.

Don't see it if Subpar performances (with one exception) and VERY bad extra writing. Embarrassing for the public.

See it if You want to see a historical debate be recreated on stage. Short 60min play. Simple staging.

Don't see it if You are expecting anything more than a transcript reading of the debate. Stay home & watch the original on Youtube.

See it if No imagination to this show. Poorly directed.

Don't see it if If you want something insightful.

See it if you enjoy historical re-enactments, appreciate the work and mind of James Baldwin, finding contemporary resonance in 50 year old arguments

Don't see it if Too contemporary, lack of sense of being at Cambridge, simplistic, lack of dynamic creative staging

See it if You would be interested in a reenactment of a debate about race between James Baldwin an William F. Buckley.

Don't see it if It wasn’t really very theatrical but performances were excellent. Read more

See it if The best part were the final 10 min

Don't see it if the rest of the show is just so hard to sit through.

See it if you don't have YouTube and can't watch Baldwin's power, mesmerizing cadence and eloquence in the original debate. Confusing jumps in time.

Don't see it if you expect something new, clever, insightful. The original debate was epic and powerful. Baldwin is an icon. This is a mediocre depiction

Don't see it if You want to see a traditional story with conflict.

"What 'Baldwin and Buckley' does provide feels both dense and thin, with the translation from transcript to theater incomplete."
Read more

" 'Baldwin and Buckley at Cambridge' at least avoids the trap of preaching to the choir, giving Buckley's argument its full hearing in its very best form."
Read more

“The Cambridge debate offers a clarifying view of the original sin, built into this country's DNA, with which we are still coming to grips. At one point, Baldwin refers to Robert Kennedy's remark that in four decades we might see a Black president. ("And that sounded like a very emancipated statement, I suppose, to white people," he adds, witheringly.) That milestone has come and gone, only a couple of years after Kennedy's projected due date. Indeed, we've had our Black president. And yet, here we are.”
Read more

"Better to recall that the memorable Cambridge debate also happened and is importantly remembered here in only slightly compromised form."
Read more

"If your goal is to savor Baldwin’s response, mull it over, plumb its depths, you may need to resort to the historical record or better yet YouTube, where the exchange is preserved for posterity."
Read more

"Director John Collins does not impose great action or forced movement on this grand piece of theater. He understands the power of stillness and allows for it."
Read more

"There is one big plus to Williams eschewing all the Buckley trappings. It may be the first time I could understand what the man was saying."
Read more

"The hourlong production by the Elevator Repair Service is a riveting mixture of naturalism with occasional touches of theatricality and experimentation."
Read more