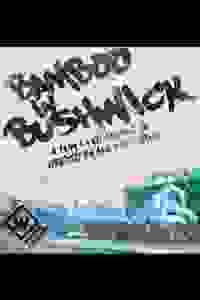 As a group of old friends gather for a round of dominoes, outside forces converge on their street corner. In an alternate reality, inspired by the psychedelic murals that have taken over many walls in the neighborhood, a turf war breaks out on the icy tundra. Is there room in Brooklyn for both penguins and polar bears? When your community is threatened, every block is worth fighting for.

See it if you want to see an entire play with subtitles.

See it if gentrification interests you

Don't see it if Not recommended

See it if You are OK with a half English, half Spanish play with subtitles in each language that thinly paints an allegory of negative gentrification

Don't see it if You don't like allegories that don't make sense, or you think gentrification is a complex issue with both positives and negatives.

See it if My score is only to show appreciation for the hard work actors, writers, producers, directors, etc. put in

See it if 'Gentrification' is very important to you and metaphorical and oblique treatment of it resonates with you.

Don't see it if If you like straightforward dialogue and acting and are confused by strange metaphorical representations.

See it if You would like to see a play about gentrification and its impact. The playwright does ponder over this topic.

Don't see it if You don't want to see a confusing play although the metaphor part is pretty interesting. The whole thing is not catchy enough.

See it if you're interested in a play that considers the complex dynamics at play in gentrification with a dash of not so subtle allegory.

Don't see it if you don't want to think deeply about gentrification or prefer straightforward theater.

See it if You know some Spanish or are ok with reading subtitles . You enjoy quirky shows with a simple message.

Don't see it if Messages against gentrification doesn't interest you , bilingual shows confuse you . Quirky animal comparison are too much to bear. Read more

“Why Cardona felt the need to create this elaborate and totally inorganic metaphor for the fate of a Brooklyn neighborhood is anyone's guess...If the street scenes dawdle -- they are about as exciting as one of those domino games -- at least they provide some enjoyable local color…Every time the action switches to the North Pole, the possibility of ‘Bamboo in Bushwick’ as a mordant, relevant drama dies a little faster…Cardona hasn't been able turn his material into a workable drama.”
Read more

"I wanted to see 'Bamboo' because of the topic: gentrification. Unfathomably, the playwright gets all artsy with it, and 'Bamboo' winds up being a confusing, clichéd mess that doesn’t shed any new light on the subject...The first problem is that not much happens in the present-day scenes, and what does is hard to follow...Meanwhile on the 'mural-verse' side of the wall, there are two different kinds of creatures...Had the mural been seen in the present-day scenes, it might have made some sense."
Read more

"'Bamboo in Bushwick' gives audiences a look at gentrification that is entertaining, educational, and honest...Cardona Jr., in a completely inspired stroke of the pen, creates another play world based upon a real mural in Bushwick...The shared discomfort of all the characters with their changing surroundings is so real, itʼs unsurprising that the writer and director based their sentiments off of interviews with Bushwick residents. Director Margineanu delivers many interesting choices."
Read more

“‘Bamboo in Bushwick’ addresses gentrification with honesty and absurdity, bringing to light the harsh realities and many perspectives of those living in changing neighborhoods…The piece is well structured and the effects of gentrification are magnified by the absurdity of the polar bears taking over the penguins…The piece also highlights how minorities are pushed out of their neighborhoods unlawfully.”
Read more