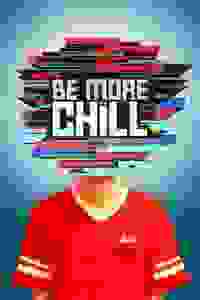 This New York premiere musical is an edgy, comic look at coming of age in the digital age. Get tickets to the Broadway transfer here!. More…

Jeremy Heere is your average, nothing-special teenager at Middleborough High in nothing-special New Jersey...until the day he finds out about 'The Squip.' A tiny supercomputer inside a pill. Swallow one and a personalized voice will tell you how to dress, how to speak, how to…become cool. Thus begins a journey that pits Jeremy's desire to be popular against his struggle to remain true to his authentic self.

See it if you want to see a better version of DEAR EVAN HANSON crossed with LITTLE SHOP OF HORRORS and want some fun.

Don't see it if you want to see HAMILTON.

See it if “Be More chill” is in every sense the musical interpretation of what “E.T. The Extra-Terrestrial” movie represented

Also for the 20th century generation: a sci-fi adventure that captures what means to be young. It is story of hardship and survival, and a beautiful exploration of friendship, which transgresses time and space, and touches young and old people alike. The means of expression are different , after all we are the digital generation.... Read more Read less

See it if you love musicals and are waiting for the next great thing!

Don't see it if you do not singing, laughing, dancing and fun

See it if you enjoy a great musical experience and aren't offended by stuff or object to loud presentations.

Don't see it if you don't like modern musical experiences.

Also Excellent singing and acting. A vibrant atmosphere both on stage and in the audience. I am an older adult and I enjoyed it immensely.... Read more Read less

See it if you're a human. Seriously, it's that good.

Don't see it if you hate modern musicals? I really can't think of much of a reason not to see it.

Also I tried to find a reason not to like this show - I just couldn't. It takes all the normal high school story tropes and tells them in a way that doesn't get boring or feel cliched, despite being a well-worn concept. Multiple characters are relatable, and all are easy to find empathy for.

Normally I need to walk out singing the songs to love a musical. I didn't quite have that experience here, but it didn't matter. The whole thing is so well constructed.

See it if You are young and value high energy over tight structure. This show will probably get tighter for the transfer to Bway.

Don't see it if You are tired of shows about teenage angst regardless how clever the gimmicks. Some of the shtick is overdone and tiresome. Be patient.

Don't see it if You expect it to live up to the hype - why is it moving to Broadway?

See it if you like rock musicals, some sci-fi elements, teen/high school stories, etc. This may be the first popular/notable YA Musical.

Don't see it if you're expecting a life changing, new experience.

See it if you love a new and original musical - DEH meets Toxic Avenger! Total fun and great for teenagers! A cult hit for sure!

Don't see it if you're looking for something tradition - this is a very modern musical.

See it if You like smart musicals with a charming premise. Excellent cast. Loved the music.

Don't see it if If you don't like musicals geared to teenagers.

See it if you want a very entertaining fun sci-fi high school drama musical, I didn't stop smiling the whole way through! Great 'pop'songs throughout

Don't see it if you dislike musicals, high school drama or want a 'serious' play, or are susceptible to earworm songs (this is full of them!)

It has a huge cult following online, which has led to the current run off-broadway, which has now cascaded into a broadway run next year. The audience tonight was packed, and was by far the youngest audience I've ever seen at a show, almost all high schoolers who love the show, and know it off by heart. They were going crazy for every line, and when they heard the composer was in the house it was like being at a Taylor Swift concert.

How exciting to see a new generation go wild for musicals and live theater - it may not be for everyone, but maybe that's OK?

Absolute ear worm of a soundtrack, been listening on repeat ever since!

See it if you enjoy upbeat, current musicals that focus on teenage issues in a fun and creative way; if you've heard the cast recording and are a fan!

Don't see it if you don't like current trendy topics in your musicals.

See it if You like quirky musicals with cliched themes but with new fun twists set to a catchy score. An enthusiastic cast and fun staging too.

Don't see it if A tinge of sci-fi to emphasize themes is not your style.

See it if you are curious as to what all the hype is about, if you are a parent to a teen, or love contemporary musical theatre

Also Having read the book it was based on (a disappointing insight into an incel-ish teenage male), I was hoping the musical would take the story and transform it into something better. And in some ways, it succeeds. But a tiger can’t entirely change its stripes, and despite a somewhat endearing performance by Will Roland, the lead character of Jeremy is still as unappealing as he was in the pages of Vizzini’s novel. I did enjoy the score. It’s too bad that it has to be paired with a clunky book and confusing direction. I personally didn’t find it too loud, but there were times that the sound balance got a little too much for the theatre. There wasn’t a lot that felt honest and organic about the acting, save for Stephanie Hsu as Christine who was nothing short of delightful. Others stood out (Smith, Canonico, Tam), but on a whole the ensemble seemed to be phoning it in. Not that the rabid fan base seemed to care - and pleasing them seems to be the only thing the show cares about. Shame.... Read more Read less

See it if You want to hear some good songs and a good story. Definitely see it if you have a teenager.

See it if you're a fan of the modern era of musicals and experimental theatre (not that this is necessarily experimental, but you need an open mind)

Don't see it if more modern-sounding music and subject material doesn't appeal to you, you don't have patience for the quirky and the bazaar

See it if you want to see the catchy new show everyone is talking about. You like awkward high school stories with an talented young cast.

Don't see it if you're expecting the "next Dear Evan Hansen." Less heartfelt than DEH and less catchy than Mean Girls. You dislike cliche sci-fi tropes.

See it if You like teenage musicals with little plot, Only one or two memorable songs. I guess if you're a teenager or fan of the book. Male leads +

Don't see it if You're expecting a Great Show. You enjoy set design that isn't just projections.

See it if Great message for high schoolers and up. Very modern.

Don't see it if Not for elders. If you don’t like musicals

See it if like some sci-fi or teen angst with your musicals; a fan of young adult fiction. Young cast has great energy.

Don't see it if You want a polished feeling musical - BMC feels rough around the edges by design.

Also Be More Chill seems like a coming of age story for Gen Z; heavy on high school drama, video games & emoji. As a 30-something, I enjoyed it for what it was but didn't have as strong a reaction to it as those younger sitting around me.

I thought the set design was clever & added to the story; the cast is enthusiastic & charming; bringing energy to the house! The music sounds better on my Spotify, live at the Signature center everything was a little shouty & loud in the small house.

See it if you want to be on the cutting edge of teen culture. Relationships feel very real. Great score & fun sci-fi element to it. Story has heart.

Don't see it if teen angst makes you nuts. The story is a little far-fetched & characters are stereotypes but will remind you of your high school years.

Also I see why it's moving to Broadway. Curious to see how long the teens will keep it running!... Read more Read less

Don't see it if You don’t care for silly irreverent stuff.

See it if You are a teen or are with teens, you like high school–angst themes and enjoy weird/science-fiction elements in otherwise plausible stories.

Don't see it if You like only realistic stories and/or do not care for coming-of-age storylines.

See it if you are charmed by high school musicals that remind you (often lovingly) of many others of the genre.

Don't see it if you have low tolerance for aggressively over-amplified hyperkinetic shenanigans.

Also Somewhere there is a more cohesive show here. There are many very entertaining aspects to each act, but they both wear out their welcome eventually. The cast is ingratiating and talented. We were years beyond the target demographic. I wish it well.... Read more Read less

"Unfortunately, anyone for whom adolescence is a distant and unpleasant memory is unlikely to feel like screaming, not in ecstasy, anyway...'Be More Chill' seems like a members-only club for those caught in the hellish here-and-now of the middle teens...From beginning to end, the score has an 'OM...
read more
Get Alerts Alerts On Alerts Off
"Iconis' pop-rock score includes plenty of enjoyably catchy, uptempo numbers...Director Stephen Brackett keeps things moving at a frenetic pace, with Chase Brock's energetic choreography providing plenty of opportunities for the young performers to exhibit their athleticism...Exuberantly performe...
read more
Get Alerts Alerts On Alerts Off
"Roland’s best musical moment comes early in the show with squeakily and eloquently-rendered lines...For Salazar, his nervous 'Michael in the Bathroom' is a second act tour de force, a rollercoaster ride of anxiety-driven vocal emotionalism and melodic complexity...Stephen Brackett and Beowulf Bo...
read more
Get Alerts Alerts On Alerts Off
"'Be More Chill' is a delight, a tale of social anxiety whose pop-rock score, written by Joe Iconis, is unfailingly lively and fresh. Stephen Brackett and Chase Brock, the director and choreographer, keep the pace brisk, and the cast, Stephanie Hsu in particular, is engaging without limit. Yes, J...
read more
Get Alerts Alerts On Alerts Off 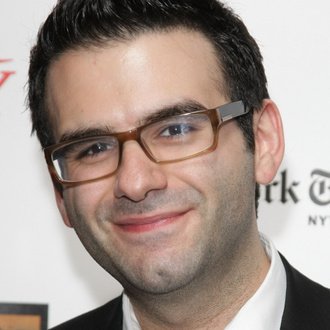 Joe Iconis
Composer / Lyricist
Get Alerts Alerts On Alerts Off 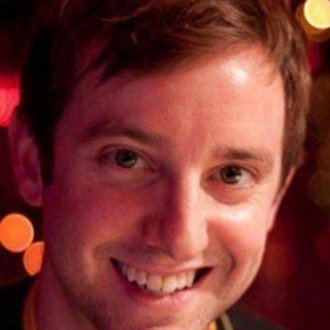 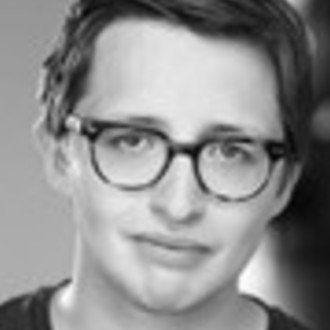 Will Roland
Jeremy Heere
Get Alerts Alerts On Alerts Off 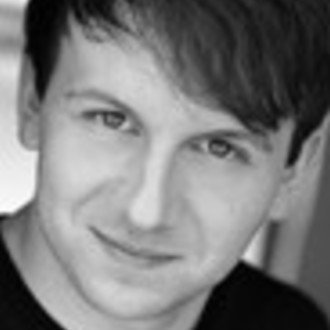 Gerard Canonico
Rich
Get Alerts Alerts On Alerts Off 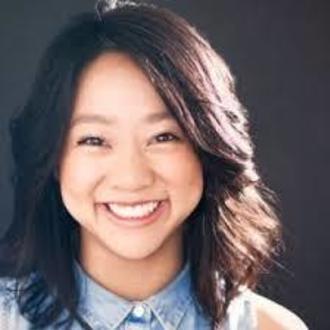 Stephanie Hsu
Christine
Get Alerts Alerts On Alerts Off 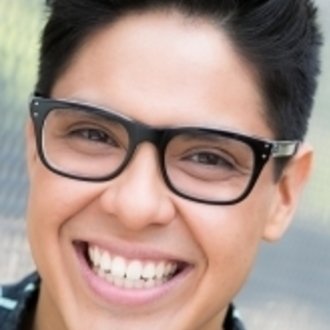 George Salazar
Michael
Get Alerts Alerts On Alerts Off