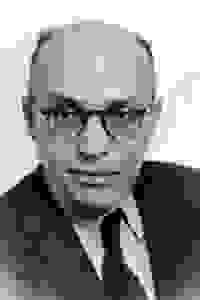 Berlin to Broadway with Kurt Weill: A Musical Voyage NYC Reviews and Tickets

The York Theatre Company presents a joyful musical celebration of Kurt Weill, a cantor's son and one of the most extraordinary composers of the 20th century.

Weill's greatest theater songs are presented in a fluid blend of music and story, spanning 20 eventful years, from Von Hindenburg and Hitler in Germany to Roosevelt and Truman in the US. Part of the York's 'Musicals in Mufti' series spotlighting classic, underappreciated musicals. 'Mufti' means 'in everyday clothes, without all the trappings of a large production.' Each show is presented script-in-hand, with minimal staging.

See it if You have an interest in early Broadway music. You're familiar with Kurt Weill. You like concert style productions.

Don't see it if You want a musical with a story:this is more of a revue. You want an upbeat musical. You prefer a classic Broadway sound.

See it if Another win by Jim Morgan in his Musical in Mufti series. Brian Charles Rooney is great as the narrator and also sings such great songs...

See it if you want to see a great review of Kurt Weill's songs, staged "in mufti."

Don't see it if you are looking for a show with a plot or elaborate production values.

Don't see it if you want a full blown musical with props, scenery, and costumes. Read more

See it if you love Kurt Weill's music or shows that are basically compilations of a composer's music.

Don't see it if you like shows with a plot or a storyline.

See it if you appreciate great singing or like the music of Kurt Weill.

Don't see it if you want to see a book musical.

See it if You want to fill in your musical history gaps listening to great singing and piano. Songs are still relevant! ( Atlanta Massacre)

Don't see it if you want to see a big musical with costumes, orchestra and songs in major keys.

See it if You are a musical theatre lover. This revue is extremely well put together and features an extremely talented ensemble. A total joy!

Don't see it if You only enjoy big Broadway musicals. This show has no props, staging or costumes.

"The staging is naturally simple, but the five-member ensemble features a terrific collection of singing actors...Weill's musicals are noted for especially biting material for strong and complex women, and Rachel de Benedet tackles some of the juicer moments with wit, sex-appeal and snazzy confidence...Gluing it all together with biographical info is the stylishly sexy Brian Charles Rooney."
Read more

"One of the remarkable things about the theater songs of Kurt Weill is that they are all really little one-act plays which give the performers a great deal of latitude in how to perform them. As sung by Karl Josef Co, Rachel de Benedet, Michael Halling and Meghan Picerno, and as narrated by Brian Charles Rooney, 'Berlin to Broadway with Kurt Weill' is an extraordinary musical voyage through some of the greatest theater songs of all time written by among the best talents of the 20th century."
Read more

"Timely revival points out shuddering similarities between social turmoil at the early part of his oeuvre and now...Director Pamela Hunt does a splendid job of varying the visual while embracing style and attitude...Orchestration for seven is reduced to piano and melodica by its excellent music director Eric Svejcar, whose feeling for the material and expert musicianship alone is worth a ticket. The show is illuminating, entertaining, and alas, politically apt."
Read more

"The cast does an outstanding job with this material...Incredible acting as well as breathtaking singing was the order of the night...Not only is de Benedet's mezzo voice gorgeous, she is a mesmerizing actress. The rest of the cast is exceptionally talented as well, though Picerno’s operatic soprano is out of place among the Broadway voices...I will probably never get the chance to see most of these musicals...I’m extremely glad I got the chance to experience a taste of what they were like. "
Read more

"An off-Broadway highlight of the season...A cast of five, seeming much larger...does Weill proud. There is an incredibly broad selection of numbers, and whether together or in solos, the troupe assembled and directed by Pamela Hunt consistently brings out the striking elements in Weill’s work...It is unusual to find such a fabulous composite of music in one show...Weill left an enormous legacy, and it is so gratifying to have an opportunity to enjoy so much of it in this stellar revival."
Read more