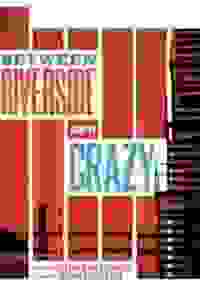 View in admin
Between Riverside and Crazy
NYC: Midtown W
85
Score it Scored!

Between Riverside and Crazy NYC Reviews and Tickets

Second Stage presents this transfer from the Atlantic Theater about a an ex-cop and his parolee son trying to hold on to their rent-controlled apartment in this new play from Stephen Adly Guirgis.

City Hall is demanding more than his signature, the Landlord wants him out, the liquor store is closed — and the Church won’t leave him alone. For ex-cop & recent widower Walter 'Pops' Washington and his recently paroled son Junior, when the struggle to hold on to one of the last great rent stabilized apartments on Riverside Drive collides with old wounds, sketchy new houseguests, and a final ultimatum, it seems the Old Days are dead and gone — after a lifetime living between Riverside and Crazy.

70
Brac didn't appeal to me, but everyone else seemed to love it (including the pulitzer committee)

Don't see it if you want real cohension and coherence. I found certain plotlines hard to believe. The acting was good, given the material. Impressive set. Read more

See it if You love Stephen Adly Guirgis and/or new plays about interesting characters.

Don't see it if You don't like new plays about current issues.