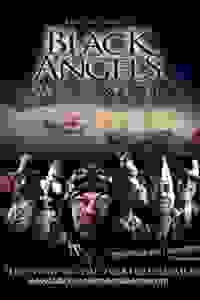 A docudrama about six heroes who became the first African-American aviators in the U.S. Air Force during an era of racial segregation.

'Black Angels Over Tuskegee' is the story of the Tuskegee Airmen: six men embarking upon a journey to become pilots in the United States Army Air Forces. The play explores their collective struggle with Jim Crow, their intelligence, patriotism, dreams of an inclusive fair society, and brotherhood. The play goes beyond the headlines of the popular stories of the Tuskegee Airmen and exposes the men who exhibited the courage to excel, in spite of all the overwhelming odds against them.

See it if You like stories about true events and like to see things from a different perspective.

Don't see it if You need a lot of bells and whistles. These guys make the most out of very little.

See it if If you like shows based on a true story. Moving pieces about people. WW11 story that is moving to watch

Don't see it if If you need a big production. If you like a easier show with no thought or emotion involved

"“Black Angels Over Tuskegee,” Layon Gray’s sturdy drama about trailblazing African-American fighter pilots entering the European theater in World War II, gets by on the charm of the cast and a commitment to the rules of the uplifting inspirational melodrama."
Read more

"The chronicles of the pioneering Tuskegee Airmen—the first African-American fighter pilots—are definitely a tale worth telling. Unfortunately, writer-director-performer Layton Gray isn't the one to tell it. His tediously sentimental production strings together maudlin monologues and clunky dialogue in a style so presentational it verges on story theater."
Read more

"The men, who overcame the prevailing prejudices to become a respected and valuable arm of the Allies, are as inspiring a military drama as could be found. But Layon Gray’s well-meaning play about them is - at best - moving in spite of itself...fewer facts - and more imagination - might have helped this lopsided evening fly as high, fast, and well as did the heroes it chronicles."
Read more

"Some plays teach, others celebrate, and a few simply entertain. "Black Angels Over Tuskegee" manages to do all three and one thing more: It inspires."
Read more