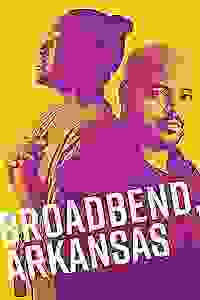 In Transport Group’s world premiere musical, an African-American family grapples with decades of inequality, violence, and suppression in the South.

Benny, an orderly at a nursing home, delicately balances his role as a caregiver to an ornery white resident who shares a contentious past with his white boss while at the same time caring for his own family as the fight for equality grips the nation in the midst of the 1960s Civil Rights Movement. Thirty years later, his daughter, Ruby, struggles to understand an incident of police brutality against her 15-year-old son. This unique musical, spanning nearly half a century and three generations, asks us to contemplate the cycle of violence in this country and how we will find hope and create change against the backdrop of hate that plagues America.

PLEASE NOTE: Please arrive early as there will be no late seating during the first act. Late patrons will be asked to wait until intermission to sit.

See it if u want to hear two spectacular singers perform a chamber musical parable about the multi-generational effects of the Civil Rights movement.

Don't see it if you expect a concise story, a taut narrative, profundity or splashy staging. Read more

See it if you really love great voices. Justin Cunningham can make you swoon.

See it if you want to see a unique, relevant new musical with great performances, even if the story moves a little slowly at times

Don't see it if you are looking for a traditional musical. This felt more like a sung play. Little confusing to figure out where it was going. Read more

See it if Two beautifully-written interrelated one-act solo operettas. One family's involvement in the Civil Rights movement and its repercussions.

Don't see it if you don't enjoy thoughtful, intimate musicals

See it if See it for the singing and the end of the second act.

Don't see it if you want a perfect book and don't like weird staging decisions, like actors moving to different parts of the stage seemingly randomly. Read more

See it if You want to see any production of it because you've never seen it. It wasn't bad,there was some very good acting.I think the story itself is

Don't see it if You don't want to see a long show with 2 intermissions.

See it if The music was wonderful and well thought out. Bare budget production that pushed boundaries and rendered an emotional hook.

Don't see it if You want to simply be entertained and do not want to walk out of the theater with a challenge to the way you see the world.

See it if Civil Rights is a topic of particular importance or interest to you.

Don't see it if You don't like one-person shows. This is in many ways two one-act, one-person musicals in one evening (with connected characters/ideas).

"‘Broadbend, Arkansas,’ Tangled in Its Own Tale: This meandering jazz-infused drama, told across generations of a black family, strains to pull its focus from white women."
Read more

"Shen's music, which manages to be both jazzy and contemplative, employs a kind of enhanced recitative approach, being tailored seamlessly to the text's progression of thought and providing brief, but powerful, bursts of melody for moments of emotional outpouring."
Read more

4/5 Stars "What distinguishes 'Broadbend, Arkansas'-and make no mistake, it's distinguished, all right-is its trenchant handling of one of today's most pressing and most visible headline grabbers: racism."
Read more

3/5 Stars "A musical crafted by a multi-racial, multi-generational creative team that traces an African-American family's journey over decades from adversity to hope, from the famously innovative Transport Group in association with the Public Theater."
Read more

"'Broadbend, Arkansas' is an instant classic. Although billed as a musical, it is really a chamber opera. The beautiful melodic music by Ted Shen is as American as Aaron Copland with influences of a great many other composers (Samuel Barber, Richard Rodgers, Leonard Bernstein, etc.)."
Read more

"Significant as they are, the themes of 'Broadbend, Arkansas' are too familiar not to require a more memorable narrative. Lacking a strong dramatic text, Shen's music maintains interest only to a point…It's Cunningham and Fulton's performances that keep this…show from going any further south."
Read more