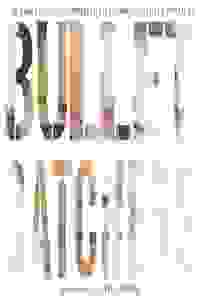 A ‘Bullet Catcher’ is Army slang for infantrymen. They live and die on the front lines and carry this nickname like a badge of honor. The honorable men who volunteer for this service don’t take it lightly. Neither do the women. Told in part through dance, music, and poetry, 'Bullet Catchers' is a collaboratively written play based on interviews with current service members and veterans, as well as members of the Women in Combat Theatre Project's ensemble.

See it if You like dramas that are about contemporary subjects but use a lot of symbolism & metaphors to get the point across while being graphic too.

Don't see it if You don't like women's/equality issues or prefer a straight forward story line.

See it if You have an interest in a novel pov on military vis a vis society. 8 players with rifles on a bare stage. They conjure the rest.

See it if you enjoy compassionate minimalist movement-based storytelling of truth-based military stories from women. Some staging was gorgeous.

Don't see it if it's about celebrating women in combat not questioning the war. Some tripping over lines, some hard-to-follow symbolic bits, sound issues.

See it if if you like stories about soldiers especially women in the army.

See it if You want a take on war by actual soldiers. You support new work.

Don't see it if You need fully developed theatre in a classic setting. This was in a church with terrible acoustics. I couldn't hear/understand the words. Read more

See it if you're ready for more stories about bad ass women.

Don't see it if you need sets and costumes to enjoy a show.

See it if You enjoy stories of empowered and strong women. Are interested in the military. Like non linear, unique storyline

Don't see it if You're looking for a comedy, or only like linear plots. If the military doesn't interest you, or you want a large scale musical

"The military background of some cast members enriches the entire production with heartfelt, realistic nuances. Unfortunately we don’t get to know all seven members of the unit closely…A lot of the relationships, inside and outside the base, are left as loose ends…The reinvented goddess from Greek mythology seems to be from another play; ‘Bullet Catchers’ is best when it is talking about real women in combat…Unfortunately the current production suffers from a lack of cohesiveness."
Read more

"Yoking together—not always tidily—elements of workplace drama, movement theater, and mystic allegory, the ensemble-devised piece gets a decent amount of mileage from its appealing, hardworking cast...On the downside, the sketchy script doesn’t give our heroes in fatigues much texture or nuance, just glimpses of private life between movement sequences...Still, director Julia Sears fuses her troops into a cohesive force, executing dance interludes with muscular grace and grit."
Read more

"Three of the cast are veterans and many more service members were interviewed in the devising process. The result is stunning. It’s a story told in dialogue, in sound and movement, in dance and in silence...With no set, the actors give athletic performances to fill the space with physicality. Nothing looks accidental in a show this meticulous. Julia Sears has demanded discipline from her troops and every one of them carries their rifle with expert precision."
Read more

“Military units train, live, and fight together, and 'Bullet Catchers' realistically depicts the resulting interpersonal dynamics…This powerful and engaging play raises awareness not just about women’s contributions to defending the United States, but for their tight-knit integration with male troops in well-trained units. It also highlights women’s deep desire to serve…Given the current political climate, ‘Bullet Catchers’ is a necessary performance.”
Read more

"'Bullet Catchers,' an evocative, elemental play-meets-movement piece-meets-a cappella performance, succeeds in a way that no other play I’ve seen in the past two years has, and for so many reasons...One of the most engaging, genuine, provocative, and humbling pieces of theater I’ve seen in years...'Bullet Catchers' understands to its core that women’s voices in the armed forces...have been kept quiet for too long, or are altogether ignored in favor of their male colleagues."
Read more