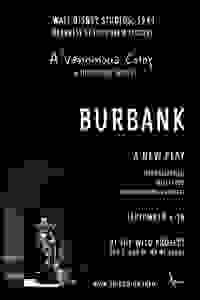 Union workers rally against poor conditions at the struggling Disney studio of years past.

In 1941 Burbank, Walt Disney is struggling at their new studio, as Pinocchio and Fantasia lose money, and an outside union is recruiting employees and threatening Walt and the studio.

When Art Babbitt, the animator behind Goofy, finds a female employee having fainted due to lack of nutrition, he joins up with the union to lead a strike against the studio.

See it if Like most of us, you have a curiosity about Disney, this will scratch that itch nicely. Just enough fact and TMZ material to be exciting.

Don't see it if You don’t care about the working man…Disney…or small productions. This is well written and acted with very little pomp and fluff. Simple. Read more

See it if This is a show that never goes deep enough into the plot.

Don't see it if Needs better direction and writing.

See it if you would enjoy a character study of a historical figure that you may know - you certainly know of his work, and this shows some troubles.

Don't see it if you do not like small productions that still could use some fine tuning. This is not a happy Disney story.

See it if you are interested in the story of unionization at Disney studios presented by competent actors on an almost bare stage.

Don't see it if you want a theatrical experience that exceeds broadly presented facts based on a script that depends on monologs rather than interactions.

Don't see it if you want a fully developed show. There are problems here that might have been corrected. Read more

See it if The actors are main reason to see this play.

Don't see it if Small, lean production with many monologues might not be you thing. Read more

See it if you want to see a mildly interesting show with good actors but a script that did not seem to have a clear path. Too many long monologues.

Don't see it if you want a show that has some degree of suspense or at least a definitive plot with an outcome you care about.

"Warm and alive, it’s layered with nuance as it captures the anxiety that can grip a workplace amid a labor struggle — and the ruthlessness that can ensue on all sides."
Read more

Although "Burbank: Walt Disney in Crisis" occasionally has its actors delivering monologues out to the audience, the most compelling drama occurs from the interactive scenes between the actors themselves; more of this would have absolutely been welcome. Nevertheless, the play does entertain and inform, revealing the financial struggles Disney went through to make such iconic films as "Pinocchio," "Fantasia," and "Bambi," even in the wake of "Snow White"’s success.
Read more

"'Burbank,' provides a brief glimpse into a man who lived to tell stories, with a storytelling all its own that makes for bracing entertainment."
Read more

a low-key play with low production values. The set is little more than an office desk and drawing table…In one way, the minimalism is wonderful; a refreshing (even thought-provoking) contrast to the behemoth that Disney has become. But, even though it’s a full eighty minutes, it somehow doesn’t feel like a complete, self-contained play. Maybe that’s because it isn’t: It’s part of an ambitious project about Disney workers
Read more

"Thirdwing's latest shows that new offices can still mean the same old story when it comes to art and labor relations. But with 'Burbank', it's unquestionably a story worth seeing again."
Read more