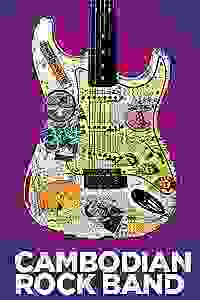 This darkly funny, electric new play with music tells the story of a Khmer Rouge survivor returning to Cambodia, as his daughter prepares to prosecute one of Cambodia's most infamous war criminals. More…

Guitars tuned. Mic checked. Get ready to rock! This darkly funny, electric new play with music tells the story of a Khmer Rouge survivor returning to Cambodia for the first time in thirty years, as his daughter prepares to prosecute one of Cambodia's most infamous war criminals. Backed by a live band playing contemporary Dengue Fever hits and classic Cambodian oldies, this thrilling story toggles back and forth in time as father and daughter face the music of the past. Directed by Chay Yew, the New York premiere of this intimate rock epic about family secrets is set against a dark chapter of Cambodian history. It launches Steinberg Award-winning playwright Lauren Yee’s Residency 5.

See it if Really great story, performances and music. Has a little of everything, drama, history, singing. Really enjoyed it.

See it if You like rock & roll and when it is used to help tell a story that is both deeply sensitive and emotionally disturbing. Slow build up.

Don't see it if If you want a fluffy light hearted, easy to swallow show. This takes a little work to follow and it’s a tough one to easily accept.

Also This is Miss Saigon on steroids!!

See it if If you want to see good acting and a 70s musical about Cambodia.

Don't see it if Overrated. Music drowns out at times and story is convoluted.

Wish I Could See Them All
Syosset
50-64 | Male
671 reviews
Get Alerts Alerts On Alerts Off
88
Epic, Meaningful, Great music, Disturbing, Intense
February 28th, 2020

Don't see it if You don't like hard rock. You want a fully realistic story. You are uninterested in historical themes. Prison torture.

Also Audience on their feet dancing at the end. Vibrant future despite genocidal past.... Read more Read less

See it if Gritty war crimes musical. Headstrong lawyer clashes with narrator and her pa over secrets well kept. "I raised you not to care." Dual-roles

Also "They took away my name. they took away my face/There must have been someone who's killed you, who's broken your trust/I have a way of making things appear and disappear/It's a family business and the business is good"... Read more Read less

Also Imitation is highest form of flattery. This vehicle is redolent of a number of cultural memes including Banality of Evil by Hannah Arendt re Adolph Eichman; 1984; Heart of Darkness; Rock ‘N Roll by Stoppard about the Czech Velvet Revolution and others you'll spot.... Read more Read less

See it if You’d be fascinated by a fictional account involving the Khmer Rouge, especially one that throws in some good rock songs.

Don't see it if You feel unsatisfied when a play — with sub-par acting — is told in a wonky, mish-mash style that doesn’t come together.

See it if you want to see a musical with meaning. It begins with the band, slowly leads to a story about the atrocities that took place in Cambodia.

Don't see it if you don't like to see violence on stage. Some scenes are disturbing.

Also This show surprised me. I didn't think there would be so much story. It was an eye opener about the terrible events that took place in the 70's in Cambodia. Very realistic acting and great writing. The music was good and fit into the story very well.... Read more Read less

See it if interested in the adversity & complexity of the genocidal Khmer Rouge regime of the 70's; well acted, riveting second act; good band

Don't see it if you don't like loud music, some bright lights, slow start to the first act; 2nd act is disturbing, powerful and ultimately uplifting

Also 1st act is almost a throw away in terms of over the top direction of Joe Ngo, turning him into a goof ball; on the other hand, his acting is superb and painfully convincing in the second act.

As heavy as the second act may be, the playwright does not let you leave the theater feeling blue thanks to the band/actors. Francis Jue is a natural.

See it if you want a well acted, fascinating look at the damage we did in SE Asia. Very clever. I'd cut several of the songs.Show is too long.

Don't see it if you get annoyed by songs whose lyrics are in a foreign language so you don't know what they are about.

See it if you’re connected to people who fled or people who died under Communism. You want to discover some awesome, 60s/70s surfer-style rock bands.

Don't see it if dislike popular, accessible shows, other languages, or psychedelic music that makes you want to howl. Marked coincidences—like most musicals

Also Landmark production! I can’t remember the last time I saw a show from the point of view of first and second-generation Americans that was simultaneously upbeat, dramatic, heartfelt, clear, meaningfully engaged with heritage history, and full of star-power showmanship without being weirdly jingoistic. (David Henry Hwang’s Soft Power was a solid try, but so cerebral & divisive there could be no mainstream agreement around it.) Entire band/cast sounds amazing and Courtney Reed is out of this world!... Read more Read less

Don't see it if loud rock music is not your cup of tea,

Also The play starts out with goofy almost caricaturish characters that seem rather annoying, but quickly morphs into more serious performances and takes off from there. A great premise that entertains... Read more Read less

See it if Great balance of history, personal story, getting into the complexity of morality vs survival, and joy. Felt and learned new things.

Don't see it if Genocide, gun/shots are triggering but they do a great balance of not making it super depressing. Dislike hearing how US screwed Cambodia.

See it if You want to see a thought provoking and original play about the recent genocide in Cambodia, combined in a clever way with rock music.

Don't see it if You cannot watch violent scenes, you are not interested in learning about the Khmer Rouge in Cambodia.

Also I was fascinated and moved by the originality of this play. The actors musicality was outstanding.... Read more Read less

284 reviews
Get Alerts Alerts On Alerts Off
90
An amazingly inventive show that takes you through a complete range of emotions
February 24th, 2020

See it if You’re in search of real theater.

Don't see it if Depictions of violence on stage disturb you.

See it if You enjoy plays with music or political thrillers. You want to hear some really great retro music.

Don't see it if You dislike plays that rely on pretty unlikely series of events.

Also "The story is about this band, so we should hear this band play... We should fall in love with their music." -Lauren Yee

It's easy to fall in love with Cyclo, the fictional titular band in Cambodian Rock Band. They represent not the virtuosity of music, but the heart and soul. They are every garage band that you formed in high school. And everything that went with it. The young love and drinking, the politics of friendship.

They are the heart of this piece. And since this piece is centered around a genocide, that heart of course, ceases to beat, if only for a time.

The performances are universally wonderful. The design elements are all effective, especially the set and sound design.

The only large shortcoming is that there are a few plot points that feel just a little bit too contrived to be believable.

I would highly recommend this show to just about anyone, especially anyone with even a passing interest in international politics or the power of music.

See it if you are looking for something original, engaging and different than almost anything else you've seen

Don't see it if you aren't interested in stories from the past, stories from Asia or stories dealing with family or war.

See it if a great story and acting do it for you even if there are some uncomfortable scenes; you like loud music with an exceptional on-stage band

See it if you’re open to a play with music about genocide.

Don't see it if you’re extremely resistant to the subversion of genre tropes.

See it if Superb performers..acting singing, dancing and playing. A compelling story, some difficult scenes to watch but worth it.

Don't see it if You can’t watch violence and covering your eyes is not enough.

See it if You want a show that delivers both entertainment and emotional impact.

Don't see it if You don’t like shows with political themes, or that juxtapose humor with horrific acts. 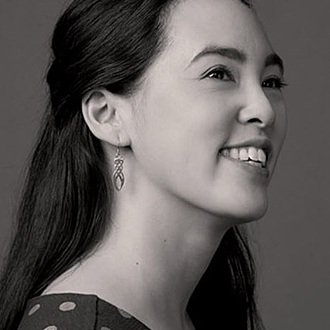 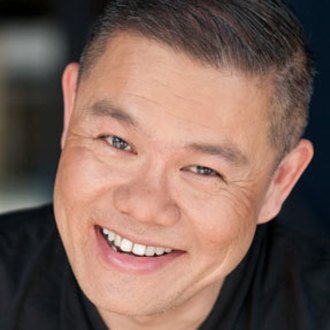 Chay Yew
Director
Get Alerts Alerts On Alerts Off