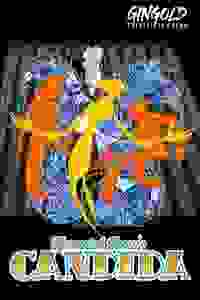 This new production of the brisk romantic comedy by George Bernard Shaw sees the story moved from 1894 London to 1929 Harlem.

It’s a time of massive change and six characters meet on one fateful day to reimagine who they are and how to fit into the new world.

Written as a response to Ibsen’s A Doll's House, this quick, tight comedy speeds along in shocking and delightful ways.

See it if you've never seen this play before and must see every GBS play written. This is an updated abbreviated version performed in one act.

Don't see it if you want the real thing. The cast is acting is many different styles and there is no unity to the directors point of view.

See it if Classics set in a new time and place.

Don't see it if You prefer the classics to remain classics. Read more

See it if you enjoy George Bernard Shaw or classics in general; you don't mind uneven performances - most are good, a few are distracting

See it if you want to see a wonderfully executed perfomance of clever wit. This was a total joy to watch. Loved it!

Don't see it if You can't watch a show without intermission (but honestly you would never notice...it was done so well) or if you don't have a sense of fun

See it if You’re a GB Shaw fan and you want to see a lovely set & one or two interesting performances.

Don't see it if You’re a GB Shaw fan & don’t want to see his work ruined with an uneven production and less than good performances.

See it if You are interested in theatrical history and would like to check out an important play from the past that still stands up to today's likes.

Don't see it if If you do not want to view a ay that might be seen as old fashioned.

See it if You like GBS plays and don't mind changes. This play is transported to Harlem. The performance was entertaining.

Don't see it if You're GBS purist.

See it if Easy to lose oneself in the set design...vintage antiques and unique period photos. Superb acting and risible.

Don't see it if you are not a fan of cerebral dialogue or Shaw.

"Like many classic romantic triangles, this one has the potential to inspire both comedy and drama. Director David Staller’s current revival for his Gingold Group delivers amply on the former but proves stingy on the latter, stifling the iconoclastic playwright’s examination of gender roles."
Read more

" 'Candida' can be a bit of a slog to sit through, even at only 100 minutes. This production might best have kept its cockney accents intact and trusted this same talented cast to land the jokes on British soil."
Read more

Such subtle reversals are lost in Staller's production, which is staged as a bustling, fast-moving farce. Characters practically gallop in and out, barking their lines and externalizing their characters' emotions to the maximum extent. Such exertion is enervating: I know it's a fall booking, but must they appear to be in training for the New York Marathon?
Read more

"Throughout, the production plays up the comedic aspects of the play to a frothy romp and delivers an evening of joyful theatergoing."
Read more

"For those unfamiliar with the play, the choice that 'Candida' makes at the end may not seem exceedingly bold by today’s standards. But Shaw’s women can still enlighten as well as entertain us, and Staller and his company have done this one justice in both respects."
Read more

"While an audience might not be able to answer all the questions posed in this play, one can look to Shaw’s strong protagonist 'Candida' and be grateful for her insights on love, marriage, and the ever-changing roles of women in the world."
Read more