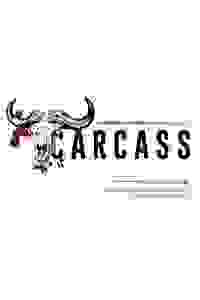 Wednesday Repertory Company explores the themes of life, death, and family in this world premiere, a coming-of-age tale involving boys, blood, and a buffalo.

See it if you want to support new works - here there is the grasp of a good story, written with true-to-life current speak, that needs development.

Don't see it if a modest production with uneven acting and lots of tension that just doesn't take you anywhere would leave you wondering about the message.

See it if interested in another dysfunctional family drama. One good performance (Alan Cordoba-Diaz).

Don't see it if you want a well written, well directed play where you care about any of the characters.

See it if you want to see a play apparently still in development. That has significant potential, but is very incomplete

Don't see it if you only want a show with fully flushed out character development and thoughts, or alcoholism, suicide and cancer are too triggering.

Vernovsky needs to decide which character is his protagonist. I believe it should be the mother, but right now it is not clear. The symbolism of the "Carcass" probably had major significance in earlier versions, but it has been lost in this one and the title probably needs rethinking. The main characters' behavior seem to be reactions to the suicide of the mother's husband, but we really never know where the family's problem came from.

The play has great potential, but if this is the final product, it is not very good.

See it if Dysfunctional family dynamics.

Don't see it if Minimum set and intimate stage

See it if Playwright Eddie Vernovsky definitely has a way with words. The dialogue in this piece is rapid fire and engaging, and most of the actors

Don't see it if give it good life. Vernovsky still needs some help with the bigger structural elements of the show. The pacing felt off, and each scene was

Also kind of disconnected from the rest of the show. Vernovsky was also the weakest actor of the bunch. I'd love to see what happens when someone else gets ahold of his words. There's some really good stuff going on, and I'm interested to see what else he comes up with.... Read more Read less

John 74
New York City
65+ | Male
209 reviews
Get Alerts Alerts On Alerts Off
60
Needs more work, but the possibility of a good play is there in theory but not in practice here., Indulgent, Excruciating, Disappointing
May 20th, 2019

See it if If you'd like to see a worthy effort that is not yet ready for prime time. I rather enjoyed it as something that could be made better.

Don't see it if You have no patience for work that is not yet fully developed.

See it if You know someone in the cast or like amateurish productions. Actors did their best but script and direction need to be addressed.

Don't see it if You want a polished play with a clear focus. This was all over the place. Not sure what the message was or the writer's goal.

See it if you like stories of non-stop high drama

Don't see it if you don't like simple staging, violent scenes, screaming

See it if you know someone in the production. Stammering dialogue was neither poetic nor illuminating. Character and plot development nonexistent.

Don't see it if you need understandable characters with rational motivations. I didn't care about any character except to wonder who was most irritating.

See it if you like alternate theater performed in a minimal environment.

Don't see it if you want to see a more traditional play where you can relate to the characters actions.

See it if family drama for its own sake is your thing; you like clippy dialogue

Don't see it if acting was either over-emotive or under-emotive, little middle ground; characters were unpleasantly self-absorbed for no apparent reason

See it if you want to see the best of Off-Broadway. Amazing acting and writing. I saw it last week and it is still on my mind.

Don't see it if If you don't want to be challenged.

See it if I saw "Carcass" last week and I was blown away. I haven't seen anything like this since the premiere of "Buried Child"!

Don't see it if Just go.

1 reviews
Get Alerts Alerts On Alerts Off
92
Intelligent, Hilarious, Must see, Edgy, Absorbing
May 15th, 2019

See it if you like to be surprised, amused, shocked, and entertained. This is a must see!

Don't see it if If you're a couch potato, airhead, or under the age of 14.

1 reviews
Get Alerts Alerts On Alerts Off
96
Hilarious, Intelligent, Must see, Quirky
May 12th, 2019

See it if This is a great show all around! Vernovsky is a newly discovered talent. A true ensemble. As a 30 yr theatre goer, run to see this!

Don't see it if Neil Simon, this ain’t.

See it if You love great, thought provoking theatre. It is not an easy play to digest, but it always hits hard on an emotional level. Oh, it's funny!

Don't see it if You prefer things to be handed to you, or if you like things that are predictable.

See it if Really good performances all around

Don't see it if No reason not to see it!

“Carcass” hasn't been reviewed by any Critics (yet!) 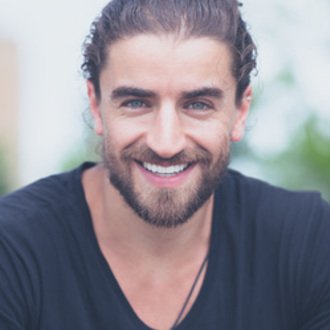 Eddie Vernovsky
Playwright
Get Alerts Alerts On Alerts Off 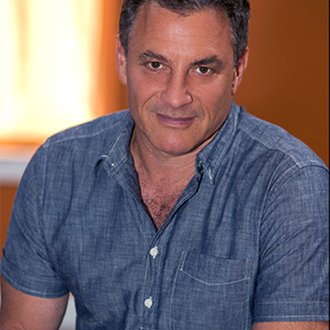 Bruce Ornstein
Director
Get Alerts Alerts On Alerts Off