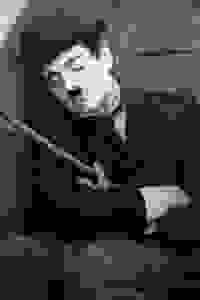 Closed View in admin
Chaplin: Behind the Character
Midtown W
81
Score it Scored!

Chaplin: Behind the Character NYC Reviews and Tickets

Written and performed by Asier Kintana, 'Chaplin' chronicles the early career of the icon, whose genius was born out of his poverty, solitude, and pain. The play travels from 1917 to 1939 as he grapples with his inner demons, struggles to defend his art, and wrestles with his relationship with his mother, who had an enormous influence on his creativity and personality.

See it if you love charlie chaplin and his story

Don't see it if if you have no imagination

See it if you like to know more about Chaplin.

Don't see it if you are into action. Little on the slow side.