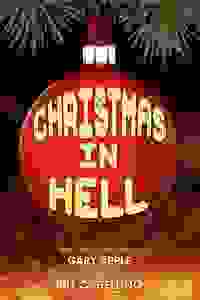 A wild, irreverent, and surprisingly touching musical comedy about the absurd lengths we’ll go to for the ones we love. More…

Looking for a sweet, wholesome holiday musical? Well, this ain’t it! On Christmas Eve, little 8-year-old Davin is mistakenly taken down to Hell. When he returns, not only has he missed Christmas, but he is devilishly changed. To set things right, his father embarks on a bizarre odyssey that eventually leads him down to Hell itself where he makes a wager with Lucifer he can’t possibly win.

See it if you'd like a musical comedy w a twist. A send-up of tradl holiday fare, CIH still imparts a sweet message. A wild ride from start to finish.

See it if If you want a show that tries really hard to be funny.

See it if ur in the mood for a silly, unpolished, holiday-adjacent show that aspires to be South Park/Simpsons but lands more like middling SNL skits.

Also, don't see it if... you expect a holiday musical. This is a Christmas show in the same way that Die Hard is a Christmas movie. It begins with a song about a Christmas fruitcake, but the fact that it takes place around Christmas is really just incidental.

Don't see it if Despite it's DIY/Fringe quality, Apple - book, music & lyrics - could have used another set of eyes (esp in music dept) Able cast works hard

See it if you're curious about the title, to discover the work of a composer-lyricist-librettist, enjoy nonsense plots & overwrought characterizations

See it if The plot is easy not too much to think, so its light and refreshing.

Don't see it if if you want a serious show, and one of the songs use the F work.

Also The Fruit Cake from Hell starts it off. Its is a funny play with silly songs. The actors are funny at times too. What I like about this show that it made me laugh.... Read more Read less

See it if you are looking for an enjoyable evening full of laugh out loud moments and completely enjoyable.

Don't see it if you are offended by religious themed comedies.

Also Although I enjoyed every second, this show is imperfect and still needs some polish, which is why I feel it only deserves an 80. With some cast changes and tighter performances, it could merit a 90. Fun show.... Read more Read less

See it if you are looking for a show about Christmas, but don't have any sentimental attachment to the holiday whatsoever. Set is very clever.

Don't see it if Foul language and potty humor offend, especially at this time of year. It's irreverent, and unnecessarily so. Castellino kept it alive!

See it if you love Christmas and off-colored humor. You need to be willing to not think to much into the plot and just laugh.

Don't see it if you are looking for a good musical. It was very disappointing and the jokes were not smart. Would not suggest for a serous theatergoer.

See it if you want to see an engaging play that involves a father's love for his son; if you want a different take on a Christmas story

Don't see it if if you don't like musicals; if you find certain 4 letter words offensive even if they are very funny in the story; if you aren't a maverick

Don't see it if You do not like ballet. Irina D is the best part of the show. Singing BY female cast gets overwhelmed by the music

Don't see it if you prefer if you don't like shows that have a lot of inappropriate humor or deal with religious matters in irreverant ways.

See it if you want something different for the holidays. Offbeat with some good performances. Fine set.

Don't see it if you'd like something traditional. Besides, this can use more work. Still, it's entertainingly silly .

See it if you're up for a silly, raunchy, truly funny skewing of Christmas, religion, & a few other things we usually treat more earnestly. Fun!

Don't see it if an SNL sensibility rubs you the wrong way, you're offended by swearing, or you're more interested in traditional holiday fare.

See it if I love York Theater. They never disappoint until now. This was hell to watch. The humor was not funny. Poorly casted, bad script.

Don't see it if I thought this was going to be like a over the top Christmas story that was funny... so not funny and seemed amateurish. York what happened?

See it if You dislike fruitcake. Very clever and funny. Gets the edge off Christmas shopping and stress. Great acting and singing. Little boy is

Don't see it if You have no sense of humor and are offended by profanity and jokes about fruitcake.

Also Wonderful and has a bright future on stage.

Don't see it if Perfect example of how clever writing doesn’t always translates to a terrific performance. A little too tamed and silly to explore hell.

See it if you like musicals that make fun of Christmas

Don't see it if you consider Christmas a holy time, and don't appreciate a frog on a cross, even if it is in fun

Also Irreverent look at Christmas. Too much of the F*** word. But the music is fun and the actors are certainly trying to make an entertaining show.... Read more Read less

See it if you want to hear some great singing, some clever lyrics and see a perfect cast. This is not for children however. The story needs work.

Don't see it if you are offended by the f-word; or making fun of religion. You expect a warm/fuzzy Christmas story, though its buried within.

See it if all of the other holiday-themed shows are sold out through the end of 2018.

Don't see it if you're expecting this one to align with the York Theatre's typically high caliber of stage offerings.

Also I'm a big fan of the dark side of holiday entertainment. American movies such as 'The Ice Harvest' and 'Bad Santa,' the wonderful Finnish film, 'Rare Exports: A Christmas Tale,' as well as last year's brilliant Off-Broadway production of 'Who's Holiday' have all been first-rate antidotes to the seemingly interminable onslaught of mass-produced seasonal convivialities we endure each year. Naturally, when I read that the York Co. was putting on a show called 'Christmas in Hell,' well - my inner Grinch was titillated. As it turned out, the proverbial bark was bigger than the bite. While the show has some intermittent cleverness and handiwork, it is ultimately lacking in a strong central idea. What we are given is an assortment of modestly amusing stocking stuffers, but not the “official Red Ryder, carbine action, 200-shot, range model air rifle" as hoped for. Maybe next Christmas.... Read more Read less

See it if You like campy musicals with occasionally raunchy songs.

See it if You like fun musicals. With York Theatre you know it's going to be good, and it doesn't disappoint. Very enjoyable. Beware fruitcake!

See it if you like seeing veteran performers elevate mediocre music and lyrics, questionable concept and confusing plot into an entertaining evening.

Don't see it if material that tries to spoof religious themes connected with Christmas and satin worship and lyrics that rely on 4 letter words for humor.

See it if You like South Park, Book of Mormon or The Producers, but trying too hard to be funny and clever and not quite making it.

Don't see it if You didn't like The Carol Burnett Show. It's like a really loooooong musical parody on a comedy show that doesn't know when to stop.

Also Some good laughs and the music and lyrics were fun, but not as clever as it wanted to be and it started to drag as well. Maybe I just wasn't in the mood for juvenile humor; much of the audience seemed to be having a good time. The actors were quite energetic and a couple were outstanding (no spoilers, but the little boy was fantastic).... Read more Read less 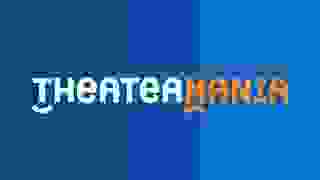 Nothing screams "demented" more than the York Theatre Company's latest production, which features an 8-year-old child mistakenly taken to the underworld on Christmas Eve, only to return "devilishly changed." This new musical features a book and score by Gary Apple, a TV writer and producer best known for penning the Simpsons episode where Homer has bypass surgery. So this should have your heart racing between laughs.

In this irreverent original musical by Gary Apple, a desperate father makes a deal with the Devil after his eight-year-old son goes to hell and back. Not intended for kids, Apple's musical has previously been seen in New York as part of the Fringe Festival and the New York Musical Theatre Festival; Bill Castellino (Desperate Measures) directs a fuller production for the York Theatre Company, with a cast that include Scott Ahearn, Elijah Rayman and Gettin' the Band Back Together baddie Brandon Williams as the Prince of Darkness. 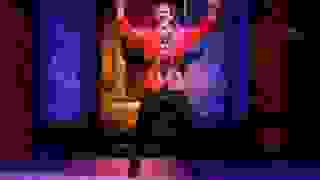 Christmas in Hell at The York Theatre - Trailer

Missed the show? Check out this two-minute video video produced by The York Theatre. 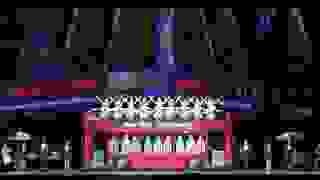 From the iconic Radio City Christmas Spectacular to George Balanchine's The Nutcracker, discover this season’s best Christmas Broadway shows! Directed by Bill Castellino, this enticing holiday musical is not to be missed during the festive season. 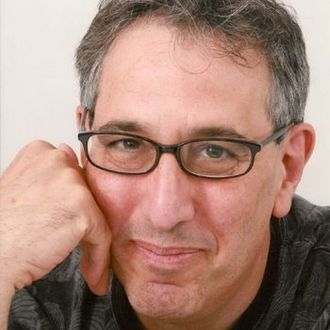 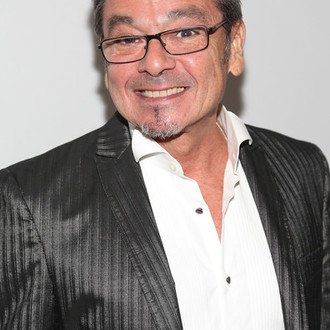 Bill Castellino
Director / Choreographer
Get Alerts Alerts On Alerts Off 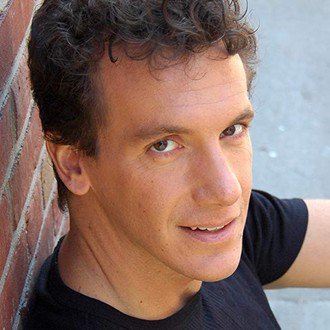 Scott Ahearn
Richard
Get Alerts Alerts On Alerts Off 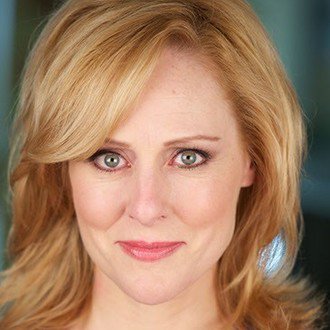 Donna English
Mrs. Huvey
Get Alerts Alerts On Alerts Off 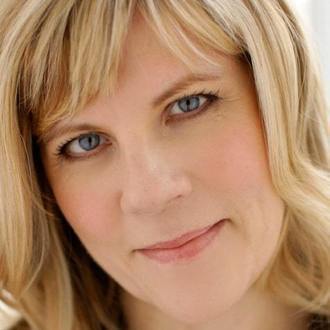 Lori Hammel
Galiana
Get Alerts Alerts On Alerts Off 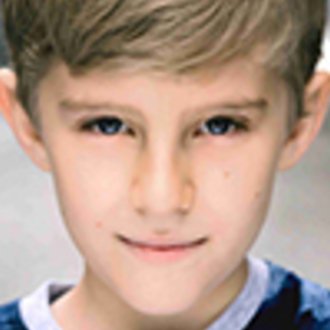 Elijah Rayman
Davin
Get Alerts Alerts On Alerts Off