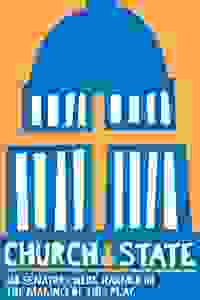 See it if You enjoy shows about topical subjects. This show should be required viewing for everyone!

Don't see it if You're afraid to think about common sense gun control laws.

See it if Nagle moving/inspiring embodying Southern Senator who changes in response to mass shooting of children; completely owns the role

See it if you like to see a character change before your eyes. As moving and powerful an ending as you will ever see.

Don't see it if you enjoy a predictable show or like comedy.

See it if You want a play that deals w/faith & politics: what happens when both are challenged? You want great writing & acting.

Don't see it if You're uncomfortable w/discussions on gun violence or questioning religion.

See it if Great protagonist in Rob Nagle-his acting is realistic, honest and appealing. Important topics are dealt with along with unexpected results

Don't see it if The play has good potential but falls short of its goal. Three other characters are stereotypical and one is overacted/directed.

65
Interesting but not quite

See it if You like of the moment politics

Don't see it if You want insightful theatre

See it if You like political comedies & the behind-the-scenes lives of a politician & his wife.

Don't see it if You'd grow tired of "The Twitter" joke which repeats over & over in the show.

See it if you enjoy a political commentary on contemporary issues, gun control, role of religion in politics. Rob Nagle is excellent, great monologue

Don't see it if you dislike political commentary and characture roles

"Williams is adept at jacking up the tension, and he leavens potentially leaden debates with plenty of humor...When’s the last time you left a play complaining that it was too short? This one zips by so fast, you barely have time to catch your breath; its brevity may well be part of the message. Even if Williams's script ends up more as position paper than play, the writer-director, aided by a crack cast, has come up with an efficient delivery system for words that need to be said and heard."
Read more

“We wish some of the actors would go off-script after hearing the first several of Williams' groan-inducing jokes…Bowers gives a performance commensurate with the script, mugging and shouting her way through what feels like an endless 75 minutes…Director Markus Potter stages a zippy production that hits all the requisite comic beats, but that can only do so much to compensate for lousy source material…About as deep as a child's wading pool.”
Read more

"The author switches tone so abruptly you can practically hear the play's gears being stripped...'Church & State' never really outstays its welcome, thanks to Markus Potter's crisp, faultlessly timed direction, and a highly professional cast...Caught between sitcom gagging and deadly serious matters, 'Church & State' ends up a little bit stranded. Williams hasn't managed to fuse his disparate elements into a single striking whole. Even when his play is funny, it's no laughing matter."
Read more

“Initially a very light comedy, Jason Odell Williams' engrossing and entertaining ‘Church & State’ becomes deadly serious on the topic of gun control and religious beliefs in politics. While some of the characters are stereotypes, they change enough that this is more than a sitcom. As directed by Markus Potter, this is a fast-paced, clever and funny comedy with an important message. It is not afraid to take on big issues in a sitcom manner.”
Read more

“Williams doesn’t let us get away with living through this liberal fantasy unscathed…‘Church & State’ is the political equivalent of fan fiction, in which audience members (presumably left leaning) get to indulge a scenario that feels perfectly logical, and which, ideally, would bring a reasonable resolution to an incredibly complex and divisive issue. It certainly would be pretty to see it all wrapped up so tidily. And for just a moment we’re allowed to go there. It’s kinda nice.”
Read more

"A refreshing new play about faith, politics, and the power of social media. Witty, funny, and fast-paced, it unapologetically pours on the propaganda and places the moral compass at center stage...Though the shadow of gun violence hangs heavy over 'Church & State' the script is peppered with humor, wit, and deep compassion. Williams also creates three-dimensional characters that hold your attention and make you care about them...Sensitively directed by Markus Potter."
Read more

“Playwright Jason Odell Williams beats every comic moment out of the cultural differences of these disparate people, and lulls the audience into a comfortable complacency…‘Church & State’ slams you with import. You do not see it coming…Williams writes an unlikely hero, then someone casts a remarkable actor, Rob Nagle, who makes him breathe…’Church & State’ packs surprising philosophical punch, though dressed as a comedy.”
Read more

"I was not prepared for this crisp, well-written examination of god, guns, and government. It is true that it has moments of hilarity, but the bones of this play have something far more serious to say...Finely directed by Markus Potter with great atunement for the humor underneath the seriousness...The last few scenes are shockingly powerful and carry a strong sense of purpose. Possibly a bit on the convoluted side as it comes to an end, the message is clear and desperately needed."
Read more