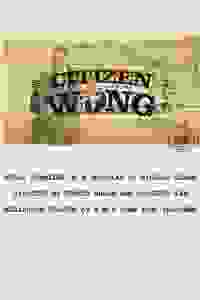 This show follows the story of an activists' revolutionary fight against the "Chinese Exclusion Act."

Inspired by the powerful true story of Wong Chin Foo, Citizen Wong follows an activist who works to protest exclusionary, racist policies put in place by the law, and create a more equal society for all.

See it if Interesting analogy to current illegal/legal immigration. Tension between needed workers and xenophobia.

Don't see it if Choppy. Constant parading across floor to speak lines then walk off. Not engaging. I would have liked to see this topic fleshed out.

See it if Like a Chinese Forrest Gump going through Chinese American historical events. Fictional bits of Wong Chin Foo, the activist.

See it if you're interested in the 19th century history of a Chinese American activist who strives to build a more equal society for Asian Americans.

Don't see it if you are not interested in that part of history or prefer very polished musical.

See it if Lead actor was wonderful....

Don't see it if You want to be bored

"Mostly, though, 'Citizen Wong' offers a fairly straightforward account of the subject's life. Notably, there are Wong's skirmishes with Denis Kearney (Scott Klavan, who does well in several parts), an Irish labor leader and anti-Chinese firebrand. The play also highlights Wong's accomplishments establishing a bilingual newspaper and testifying in Congress about the laws created to prohibit Chinese immigration"
Read more

"The story is important and relevant, as Wong is someone who should be more widely known. Unfortunately, the significant historical research behind the play is not yet fully integrated into the story or the characters; rather, it is conveyed through awkward asides of factoids and unnatural expository dialogue."
Read more