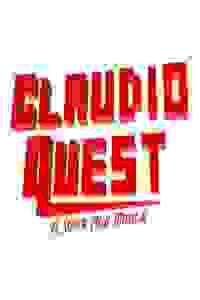 The New York Musical Theatre Festival presents a video game musical comedy that examines the psyches of the most beloved 8-bit video game characters of all time.

A new musical comedy that follows Claudio, a very super hero, his less super little brother, and one butt-kicking princess. Together, the three engage in an epic battle against killer eggplants, a love-starved platypus, and their own 8-bit existential crisis. Achingly reminiscent of an 8-bit plumber known for stomping on evil mushrooms.

See it if You love video games, and want to see a quirky musical based on them.

Don't see it if You hated Wreck-It Ralph.

Don't see it if you don't like kitchy, tongue in cheek humor. It runs rampant in this show.

Don't see it if you did not enjoy Disney's Wreck It Ralph or derivative playful musical theatre pieces riffing on pop culture.

"'Claudio Quest' is the rare work that manages to bring together video games, existentialism and musical theatre, and should satisfy lovers of each in equal measures... Directed by John Tartaglia who relishes in quirky DIY-ness and infuses the show with girl power-ness, 'Claudio Quest' feels positively joyous, and with songs that celebrate the need for different heroes, it’s one adventure we wouldn’t mind experiencing over and over."
Read more