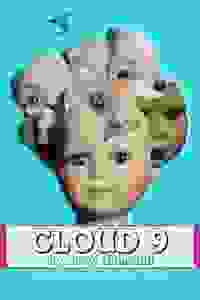 The Seeing Place Theater revives Caryl Churchill's 1979 masterwork, a playful take on sexual politics and an audacious exploration of power and perception.

The searing comedy is a parody and spoof of the Victorian Empire and its rigid attitudes, especially toward sex. There is Clive, a British functionary; his wife Betty (played by a man); their daughter Victoria (a rag doll); Clive’s friend Harry, an explorer; Mrs. Saunders, who runs about dressed in a riding habit; Clive’s son Edward, who still plays with dolls and is played by a woman; and Joshua, a native servant who knows exactly what is really going on. What really is going on is a marvelous send-up and nonstop round-robin of sexual liaisons; all the while the natives are restless in the background. The second act shifts to London in 1980, except that for the surviving characters, it is only 25 years later, and all those repressed sexual longings have evaporated, along with the Empire.

See it if Very good for a dificult show to stage. Erin C. is superb as usual. Small space works for this production. Chinatown is around the corner.

Don't see it if Find the elevator. Much too many stairs.. Atlantic Theater's recent production is too much to compete with.

See it if you like non-traditional theater that explores how people cope with power, sexuality, gender, patriarchy, class and parenting.

Don't see it if you dislike confusing non-traditional theater that deals very frankly with scandalous and shocking human behavior.

See it if Very interesting style. Great performances by some up and coming actors. Excellent, very natural dialogue. Fast pace. You need to stay alert

Don't see it if This is a long one. You could leave after Act I and still have seen an entire play, but stay for Act II. It's much shorter.

See it if You are a fan of farce and don't mind a great deal of suspension of disbelief.

Don't see it if You can't sit through 2.5+ hours of British accents and sparse sets.

See it if you want to see every production of Caryl Churchill's plays. You want to support off-off-off-Broadway attempts to stage ambitious works.

Don't see it if you need a polished/high production value show. You can't stand to watch old tropes of sexism/gender roles, even if they're ridiculed. Read more

See it if you enjoy socially relevant plays.

Don't see it if you only enjoy very traditional theater.

See it if You feel like you absolutely must watch a performance of Caryl Churchill's play not matter the quality.

Don't see it if The only positives in this production are due to the outstanding script; they are still discernible despite this company's best efforts. Read more

See it if you like Caryl Churchill's plays, they are brilliant feminist statements, bold and clear, portraying the inequities within our society.

Don't see it if you cannot sit for 2.5 hours in rather uncomfortable chairs, or if you are tired from a long work day, you may need a coffee, for act two.

"Seeing Place Theater does this masterwork more than justice in a very fine production...They take this beast of a play, bursting with energy and opportunity, and produce an intelligible and pointed and very enjoyable production…A production totally invested in the characters, the actors' performance of those characters, the relationships between the characters, and the nuances of the double-casting…The cast performed with great aptitude, a sophisticated quasi-Brechtian performance.”
Read more

"While the production occasionally loses focus in the interest of accentuating theatricality, on the whole The Seeing Place meets the challenges Churchill lays out by emphasizing the at times blinding absurdity of power and oppression...Even if this long production occasionally drags and at times imposes its concept without the most nuance, The Seeing Place has a great deal of fun examining the instability of society’s prefabricated identities."
Read more

“An edgy, seat-of-the-pants production...It's all marvelous stuff, even if it is at times quite head-spinning. But as much as anything, ‘Cloud 9’ is an actors' play, with wonderfully juicy roles to sink their teeth into. To a person, the cast embraces its barely tamed wildness with all the gusto they can muster, giving the whole an exhilarating improvisational vibe.”
Read more

"As this spirited, if uneven revival shows, 'Cloud 9' may have lost some of its shock value, but the dramatic core of the piece, skillfully built by Churchill, still holds up...The early scenes are played with a good deal of shrillness and bombast...Once the story gets underway, however, the dark comedy begins to land with more nuance and an intriguing domestic power dynamic emerges...The second act is considerably more subdued, and the actors wear their roles with greater ease."
Read more

"The strengths of the concept of co-directors Brandon Walker and Erin Cronican are the clarity in the parallels of the relationships and the straightforwardness of the style...This very challenging play unfolds moment by moment due to the company’s skillful approach. They have a sharp focus on the value of the message in Ms. Churchill’s writing, and make it accessible and relevant to a diverse present-day audience. There are very impressive performances."
Read more