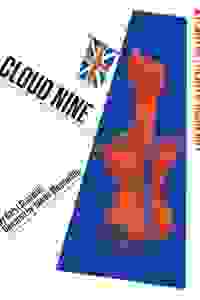 Set in colonial Africa and 1979 London, Caryl Churchill’s play explores a hypothetical modern society—one where the characters have aged only 25 years since the Victorian era. This timeless and bitingly funny modern classic has not been seen in a major New York production since 1981, when it ran for over two years. 'Cloud Nine' will open The Atlantic's 30th anniversary season this fall.

See it if You like smart plays that take focus to understand.

Don't see it if You can't sit still for three hours.

See it if you're an Anglophile or are in the mood for something very different.

Don't see it if you're easily confused.

See it if you enjoy sitting on hard seats with intense lighting making you feel as if you are in a sauna. This goes on for a little under there hours!

Don't see it if you enjoy consistently good acting.

See it if You want to see an intelligent Absurdist play that is well done.

Don't see it if You're not aware of Caryl Churchill or Absurdist works.

See it if you love classic Caryl Churchill that is well performed and staged.

Don't see it if a sore butt is very annoying. Grandstand seating is VERY uncomfy. Best seats by a bit are front row

See it if you're looking for something provocative and edgy with superb acting.

Don't see it if you're easily confused or don't enjoy long plays.

See it if you are interested in the rolls played by women and men in our society dating from 100 years ago to modern days.

Don't see it if you want to see a polished play with polished costumes, wigs and sets. Read more

See it if you like to think about the ways men and women relate to each other.

"Few writers have come closer to making sense of the hormonal urges that rule, transport and disrupt our lives than Caryl Churchill does in 'Cloud Nine,' which opened on Monday night in a glorious revival...This compassionate, tough-loving production finds the ecstasy, tragedy and exhilarating madness of what it means to be part of this eternal ball of confusion."
Read more

"A delicious hash of gender and genre, 'Cloud Nine' may be less surprising than it was 35 years ago, but director James Macdonald and his cast—performing in the round, to an audience seated on steep wooden bleachers—keep its edges sharp. Troubled and troubling, puckish and perverse, Churchill’s play is still a slice of theater heaven."
Read more

"'Cloud Nine,' now in a superb revival at the Atlantic, has only grown fuller, meatier, sadder, funnier, sexier, and more provocative — more theatrical, too — as the conditions from which it arose have changed radically, and have not...Where it is satirical, it is self-consciously so, and not a day outdated...By the end, in ways both intentional and not, Churchill leaves you feeling as if you’ve lived through the emotional torment of all the decades the play covers, and those yet to come."
Read more

"Several decades later, its outlook, if not quite its circa-'79 fashion, feels entirely current as an examination of gender and social roles and broad-minded, matter-of-fact sexuality. It remains intriguing, if no longer quite so subversive...The cast is strong, although some of the act-to-act transformations are less meaningful...There's a sense of fun in the performers that is lost from Act I to Act II, or at least in the characters, which renders their performances less crackling."
Read more

"Macdonald has assembled a seamless ensemble and staged the show with a keen eye for its nuances, underplaying where no overstatement is needed. The crackle-golden lighting by Scott Zielinski and elegantly simple costumes by Gabriel Berry all conspire to make the evening as unforgettable as Tommy Tune’s original New York production all those many years ago. As a revelation, it’s déjà vu all over again."
Read more

"For anyone who hasn’t seen 'Cloud Nine,' it is worth experiencing this play for the first time and for those who have, it is an enchanting production to witness. Although the content and issues presented in the piece may not leave you on 'cloud nine,' they will leave you thinking, and maybe discovering an honest nugget of truth about yourself that you were too scared to see."
Read more

"There's a number of good reasons to see the Atlantic Theater Company's very fine revival of 'Cloud Nine,' including Caryl Churchill's wicked and funny gender-bending script about sex, power and roles...Laughs dry up in the less engaging half...Director James Macdonald, who knows his way around Churchill's works, stages the play in-the-round. Cramped wooden bleaches may make your back ache. The play and the performances will make your head buzz."
Read more

"Are you willing to endure an extremely uncomfortable seating arrangement for a fine revival of one of the most dynamic English dramas of the past four decades?...James Macdonald has staged the revival in-the-round, with audience members sitting on tight benches around a small wooden arena. It's uncomfortable and, despite the added intimacy, unnecessary. But if you can withstand the lack of legroom, 'Cloud Nine' is experimental, highly political playwriting at its best."
Read more