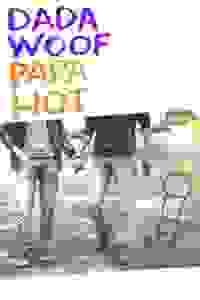 A gay couple, who fought to adopt and are exploring the challenges of gay parenting, find themselves thrust into the pre-school parent pool, which causes anxieties to rise in their lives.

Alan and Rob are an older married couple with a three-year-old daughter and a life they fought decades to be allowed to lead. But Alan has begun to feel an attraction to a younger gay dad, his closest straight friend’s marriage is disintegrating before his eyes, and his daughter Nicola seems to prefer Rob, who’s taken to parenting without any of Alan’s insecurities. In the course of one school year, three couples struggle with what it means to be married with children at this head-spinning cultural moment.

See it if you enjoy hysterical one-liners and good ensemble acting, with heartbreaking performance by John Benjamin Hickey

Don't see it if you don't enjoy heavy foreshadowing, and don't enjoy script increasingly filled by speechifying by characters rather than realistic dialogue

See it if You like new plays about modern issues, especially gay parenting.

Don't see it if You don't like plays about gays and/or wealthy, white New Yorkers and their problems.

See it if You enjoy domestic dramas with everyday themes like parenting & relationships. You appreciate sincerity. You like well-written plays.

Don't see it if You don't like domestic dramas. You don't want to see same-sex relationships on stage. You want a play with more worldy issues.

See it if Excellent acting. Some of the best I've seen. Especially loved John Benjamin Hickey in this. Really enjoyed the play. Lots to think about.

Don't see it if You don't like gay themed or very New York city themed shows.

See it if You are interested in seeing a show about parenting by 2 gay Dads.

Don't see it if You are offended by gay parenting stories.

See it if enjoy good actors working with trite material.

Don't see it if see above

See it if you're interested in a drama on parenting challenges & the difference between a gay man's life in the 80s & now, & don't mind full frontal

Don't see it if characters who are a little too into themselves & their decidedly first-world problems will grate on you. I enjoyed it, but they tested me.

Don't see it if not interested in LGBTQ issues

"Mr. Parnell’s literate dialogue fits snugly amid the stylishness. There are a few occasions when a Significant Topic trots a little too obviously into the room. But for the most part, the play’s themes are handled with nuance and insight...The cast is impeccable. The play does not require much in the way of acting pyrotechnics, but establishing the nuances of relationships without the benefit of such opportunities makes the performers’ work all the more impressive."
Read more

"'Dada Woof Papa Hot' is meticulously assembled, sleekly directed by Scott Ellis, and credibly acted...It is sincere in intent, faithful to the world it depicts, and as drama rather dull: the wringing of well-manicured hands...Many audience members at Lincoln Center, gay and straight, may recognize themselves in the people onstage, and there's nothing wrong with that. But surely art can do more than hold a mirror up to the Upper West Side."
Read more

"'Dada Woof Papa Hot' is not a mystery, at least not in terms of its plot, whose pieces fit together as smoothly and satisfyingly as the sliding puzzle platforms of John Lee Beatty’s sets. The psychological underpinnings of the men’s marriages (and the straight couple’s, for that matter) are not, however, so simply rationalized...It’s a beautiful performance, no less so for seeming to be no performance at all."
Read more

"Some might find this sappiness moving. I didn't. Director Scott Ellis, a comedy specialist somewhat wasted on this gab-athon, moves things along at a steady pace; the actors for the most part get the job done, and designer John Lee Beatty orchestrates some gorgeously fluid scene changes, with lots of interlocking pieces. But for a play about gay men navigating the new normal, it all feels numbingly familiar, somewhat shallow and more than a little dull."
Read more

"Peter Parnell’s excellent, clear-eyed, and thoughtful 'Dada Woof Papa Hot' is the first major theatrical production I’ve seen that explores this modern reality of gay life... 'Dada Woof Papa Hot' is funny, sure, and it’s insightful, and it’s ably directed by Scott Ellis on a moving, interlocking, real-estate fantasy of a set by John Lee Beatty. But what makes the play most remarkable is how directly it speaks to today’s weirdly bifurcated, marriage-and-negotiation gay moment.
Read more

"Men, don’t take your husbands to see 'Dada Woof Papa Hot' if either or both of you are on the fence about having children. Playwright Peter Parnell presents a candid, at times amusing look at what can happen when a child takes over a happy gay household. Exhaustion ensues, friendships fade, libidos drop, sex becomes a chore or a bore, and desperate parents might resort to desperate measures. It turns out gay parents are just like straight ones — although at times it seems like Parnell thinks otherwise."
Read more

"Parnell’s material is timely and topical and director Scott Ellis guides a capable cast...But the script is self-conscious and formulaic. It works very hard to click together like the scenery — starting with the precious title. 'Nikki’s first words were dada and woof and papa and hot,' says Alan. 'They say what every gay dad wants to hear.' That line doesn’t really convince on stage or in print."
Read more

"Neither particularly compelling nor memorable in terms of its storytelling...'Dada Woof Papa Hot' offers deeper characterizations and a probing examination of the strains of parenthood."
Read more