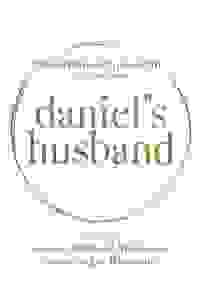 The story of a seemingly perfect gay couple with different views on marriage, this unflinching look at how we choose to tie the knot—or not—returns Off-Broadway. More…

Daniel and Mitchell are the perfect couple. Perfect house, perfect friends -- even a mother who wants them married. They'd have the perfect wedding, too, except that Mitchell doesn't believe in gay marriage. A turn of events puts their perfect life in jeopardy, and Mitchell is thrust into a future where even his love may not prove to be enough. "Daniel's Husband" is a bold reflection of love, commitment, and family in our perilous new world.

See it if If you want a well written play that deals with love,pain with a great set.

Don't see it if You do not like gay theme plays .or plays with tragedy in it.

Don't see it if you're too homophobic or uninterested to appreciate an emotional debate on the challenges of same-sex marriage in the post-ban era.

Also This was my second time seeing the show (after seeing it at Cherry Lane Theatre over a year ago), and the intact cast and mostly intact creative team haven't missed a beat in the transfer.... Read more Read less

See it if you’d like the pleasure of seeing a strong romantic relationship between 2 mature, stable, creative, imperfect gay guys.

Don't see it if you require a lot of action: a dramatic stroke midway through the play changes everything, but other than that, most of the play is talk.

Also As a mature gay guy, the primary pleasure I took from “Daniel’s Husband” is seeing a strong, affecting relationship between 2 mature, articulate, imperfect, professional gay men—no recreational drugs, no self-loathing. And how refreshing seeing a charming younger gay guy who has his head screwed on, knows the profession he wants to be in & is pursuing it with dedication! Lots of the play is talk. Part 1 sounds like sharp social comedy. Then a brilliant dramatic stroke alters the entire playing field & the piece is suddenly deadly serious. The playwright is so sure with his dialog & structure that things can feel a bit contrived, especially since that dramatic stroke can be seen as exacting retribution from 1 of the gay partners—Daniel’s non-Husband—& unfairly so. But the set is quite handsome, the subtle sound score is perfect & every player is strong. (The understated performance of Anna Holbrook as the crafty, inscrutable, iron-willed monster mom is a particular treat.)... Read more Read less

Don't see it if Be sure to check the time of the performance as changes have been made. There are steps. No railings in the theater. Performance is great

See it if you like excellence by the cast in a well-written play with a nice set with good lighting and sound around a difficult subject - see it!

Don't see it if you cannot deal with physical health difficulties or the horror and tension they bring about for family and loved ones due to societal laws.

See it if you like good theater. This is a character driven play which covers a variety of issues without seeming didactic but makes its point.

Don't see it if you are troubled by plays that involve gay rights or family issues.

See it if Act 1 is sweet & funny; Act 2 features a fraught battle between gay partner vs. parent; persuasive acting

Don't see it if cliche-ish; fails to deal seriously w critique of gay marriage; Act 1 too jokey; shift of Act 1 to 2 contrived; Act 2 too melodramatic

See it if you enjoy excellent acting and subject matter that is thought provoking. Intense dialogue that is absolutely absorbing.

Don't see it if you do not like shows with gay subjects or you only like light drama. This play will move you to tears.

See it if You want to see a play that has it all. Great acting, directing, staging, costumes, use of music

Also I feel like most people who see this play are going to feel like Daniel’s mother is the villain and Daniel‘s husband is the victim. I actually felt very sorry for Daniels mother and was really able to sympathize with her. I thought the playwright did an excellent job of allowing the audience to see both sides even though I think most of the audience will side with Daniel‘s husband. All of the characters were very believable and the story takes a big turn and moves you emotionally in a direction that you are not expecting. After this happens you get to see two of the best executed monologues.... Read more Read less

See it if You are interested in LGBT stories of any kind.

Don't see it if You want a well told story about an interesting subject.

See it if You like well made theater with great acting, interesting characters, and a beautiful story.

See it if interested in dramatic, personal consequences that might result from one's ideals; plot-driven plays that make a point without lecturing.

Don't see it if dislike worst case scenarios; prefer radical theater for contemporary questions. This is traditional. Conversations happen in a living room.

Also Domestic dramas usually bore me but this show handled my expectations really well. Glad that at least some new plays can illustrate ideological conflict without leaning on high-handed symbolism, dance breaks, and poetic interludes to spice things up. I like all of that stuff and still think this play is effective without it. DH starts out seeming to borrow characters from other scripts (Torch Song comes to mind) but it becomes its own play at the turning point.

The show explores whether you should marry even if you can marry (in the context of newly won gay rights). The playwright comes down hard on one side. No room for dissent, but no hedging either. However, instead of coming off as an extremist’s point of view, it seems like the strongest reasonable justification one side can offer. Worth seeing that justification no matter which side you take.

See it if you enjoy gay themed real life scenarios, well performed by an excellent cast

Don't see it if semi unbelievable dialog that seems forced in the opening scene will turn you off, it improves

Don't see it if changes in tone would bother you, if you want an upbeat ending, if you don't like melodrama.

Also Because the show is well written, directed & acted the play is touching & effective & you really feel for the characters.... Read more Read less

See it if you are interested in a romantic but realistic story of a relationship and the close people around them.

Don't see it if if you do not like sad stories or are uninterested in stories about gay relationships.

See it if you’d enjoy a beautifully conceived and executed relationship drama that will make you laugh, make you think, & burrow itself in your heart.

Don't see it if you dislike great writing, relatable characters, and to be genuinely moved by a piece of theatre.

Also Matthew Montelongo and Ryan Spahn lead an exceptional cast with performances that are not to be missed.... Read more Read less

See it if If you are open to or interested in what some gay relationships struggle with. A slow beginning picks up the introduction of complex issues.

Don't see it if Do not see if you are not interested in gay issues.

See it if you want to see a fresh take on the advantages of marriage, regardless of gender. Strong, well acted performances.

Don't see it if you are troubled by having a gay couple as the central focus.

See it if Relationships with a “perfect” gay man with his partner and his overbearing mother drop into catastrophe — testing their commitment.

Don't see it if All our tears for what?! No clear message/moral of the story with all this tragedy/drama. Gay relationships/family drama don’t interest you.

See it if you want to see a believable love story with dialogue that seems credible. I bought the story, which has some unexpected turns.

Don't see it if you're turned off by plays with LGBTQ themes.

See it if You want to see beautiful acting in a heartfelt production about love, devotion, and marriage in a gay relationship.

Don't see it if You prefer big Broadway productions. This is a smaller but very effective play.

See it if you want to experience some of the best acting & one of the most well-written timely scripts on stage today.

Don't see it if you prefer happy musicals over thought-provoking dramas, & aren't into love stories, gay or str8. You'd miss out on great theatre.

Also It's about commitment & marriage...

...told thru a gay couple's struggle w/the "take the plunge or not" debate, & the unexpected consequences. It could easily be a str8 couple's story as well.

Cast is completely committed to their characters & each other. A master class in acting: listening, thinking, reacting. Even the talking over each other was real & completely comfortable to watch/hear.

Very funny start: a welcoming, comforting, warm set-up for us. When the shit hits the fan, there's no over-the-top melodrama. Excellent script & direction.

All performances are moving, even the seemingly unreasonable mother. Whatever side you might be on - YEA or NAY to marriage, or you're on the mother's side VS the partner's side - you will be moved.

One big caveat: wrong venue to run a quiet drama & a loud musical simultaneously. At the most inopportune moments, jarring pounding music from 'The Other Josh Cohen' (being performed downstairs) pierces thru the floor & walls. Very unfortunate.

See it if You're willing to be surprised by a play that starts off as a family drama and achieves universality.

Also I am so impressed by this show. Like many of my favorite plays and musicals, it takes a specific situation—a happy and successful gay couple—and raises aspects of the human condition that are universal and profound.

All the performances are top-notch. But I have to single out understudy Peggy J. Scott. My heart always sinks a bit when I see an understudy slip, but her amazing performance in Daniel's Husband reminds me that I have to get past that attitude! She really gave the character heart and soul and made her sympathetic, which is tricky because she's playing the antagonist. Hats off to her!

See it if You take LGBT life seriously, wish to see more art and stories that go beyond AIDS and club stories. Real life issues and how we deal.

Don't see it if You are homophobic. Do not think homosexuality is a viable lifestyle and hate anything that presents LGBT people as just like eveyone else.

See it if you want an emotionally powerful tale of love, family, & principle in an era of greater marriage equality. Great acting, riveting story.

Don't see it if you're not comfortable with the loves and lives of same-sex couples, or confronting the residual power that society's bigotry can confer. 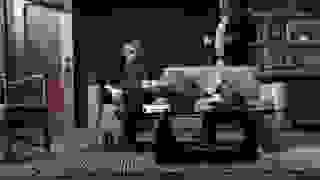 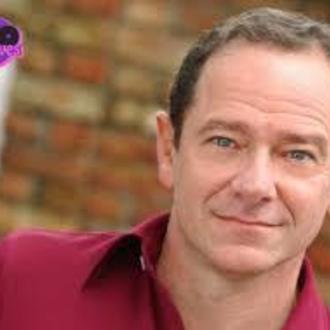 Michael McKeever
Playwright
Get Alerts Alerts On Alerts Off 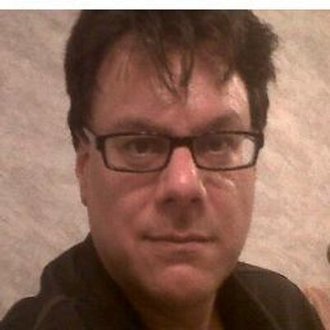 Joe Brancato
Director
Get Alerts Alerts On Alerts Off 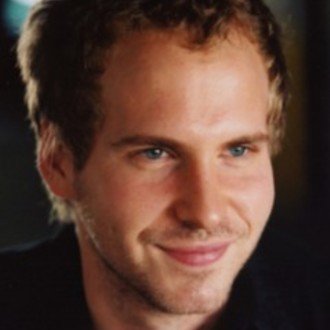 Ryan Spahn
Daniel Bixby
Get Alerts Alerts On Alerts Off 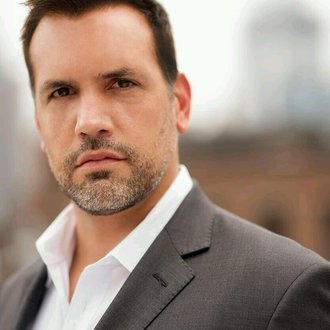 Matthew Montelongo
Mitchell Howard
Get Alerts Alerts On Alerts Off 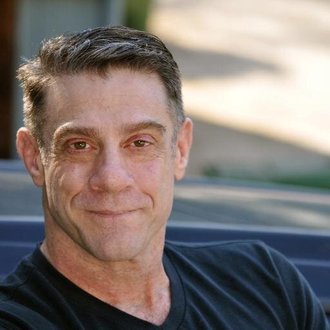 Lou Liberatore
Barry Dylan
Get Alerts Alerts On Alerts Off 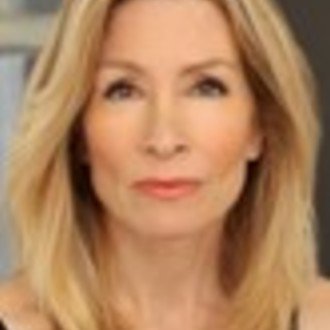 Anna Holbrook
Lydia Bixby
Get Alerts Alerts On Alerts Off 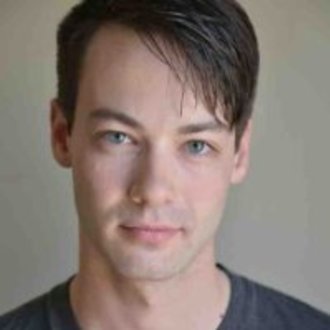 Leland Wheeler
Trip
Get Alerts Alerts On Alerts Off