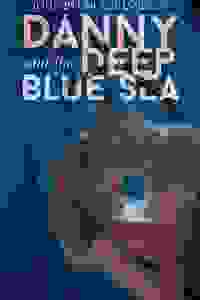 A new production of John Patrick Shanley's comic drama, an explosive, affecting study of alienation and the redemptive power of love.

In a rundown bar in the Bronx, two of society's rejects, Danny and Roberta, strike up a halting conversation over a beer. He is a brooding, self-loathing young man who resorts more to violence than reason; she is a divorced, guilt-ridden young woman whose troubled teenage son is now being cared for by her parents. As their initial reserve begins to melt, and they decide to spend the night together, the possibility of a genuine and meaningful relationship begins to emerge the first for both of them.

See it if You like the brutal honesty of John Patrick Shanley...this will not disappoint. Two brilliant actors. Short intense show.

Don't see it if You want something mindless or fluffy or if you don’t like seeing plays that portray people as true flawed human beings.

See it if you like Shanley's real-life characters and their development by two really good actors who draw you in to their situation in a 70 min. play

Don't see it if you do not appreciate rough situations and relationships - the is not light material.

See it if Two damaged people lurch towards each other and back as they glimpse a better life. Emotionally frightening and moving. Intense acting.

Don't see it if You prefer external action. This is all the development of two characters and their relationship. Heavy sexual content, not for kids.

See it if you want to see a deeply, fiercely acted early JP Shanley 2-hander in which broken, lost souls try to find salvation in each other's company

Don't see it if you seek more than a character study [This play is a bit short on plot/story]; you can't abide violence, harsh language & sexual situations. Read more

See it if Boy and girl take a rough rumble and discover something else in their digging. Dark ,dense, and dysfunctional on a budget.

Don't see it if This Shanley gets trotted out a lot. Thin plot. Not much character. Frank sex. With only an hour to spare, actors rush lines.

See it if About two people who meet that are struggling with things they had done in life and feel they had no value.

Don't see it if You cannot watch two poeple who are disfunctional. Read more

See it if you enjoy watching flawed characters. This two-hander is a pure character piece in which each is lonely, tortured, and desperate. Riveting.

Don't see it if you need a pick-me-up. This is not a bright and happy play.

See it if You want to see a showcase for a pair of very talented actors. You enjoy plays about relationships. You're OK w/ Frank talk about sexuality.

Don't see it if You want a more contemporary play: while it has some relevance to today, its shock theatre format is dated & feels off in the #MeToo era.