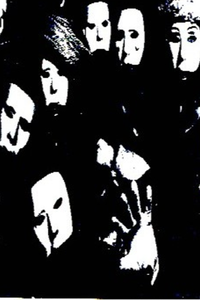 Negro Ensemble Company opens its 50th season with a revival of its very first production, Douglas Turner Ward's 1966 satire set in a Southern town on a day when all its black residents mysteriously vanish.

Bereft of its floor-sweepers, porters, cooks, shoe-shiners, maids, and baby-nurses, the town experiences a troubling day as its very economy and social structure begin to break down. The "Clan" blames the Mayor and the Mayor blames the "Clan." The Mayor melts down from begging the whole formerly unappreciated class of citizens to return. The whole town, venting its frustration, goes from madness to submission. Many of the white characters are played by African-American actors in whiteface. Though in some ways a period piece, it still offers important commentary on race in America at a time when the issue is once again in the forefront of our national consciousness.

See it if you want to see a play originally done in the 1960's that talks about the issue of race from a different slant.

Don't see it if You are looking for fancy production values.

"A feisty, slapdash production...Mr. Ward’s wit is scathing, if not exactly nuanced. There’s cruel humor in a white cop who goes crazy when he has no black men to assault and a Klan member upset that he wasn’t the one to drive the African-Americans out of town. Under Arthur French’s direction, not a lot of thought has been given to pacing or staging. Charles Weldon, the company’s artistic director, who stars as the mayor, hadn’t yet fully learned his lines, though no one much minded."
Read more

"A day of reckoning, told with humor and cutting wit...Though full of interesting facets based on the central idea of white people mourning the loss of their black servants, the revival's staging struggles to honor the intelligence of the script. Erratic pacing of the series of vignettes works to heighten the feeling of chaos, but unfortunately seems to be more a result of the cast’s somewhat uneven performances than a directorial choice."
Read more

"Just as an exercise, replace the word nigra/negro/black with the word immigrant or Jew or gay...This, alas, is what keeps 'The Day of Absence' topical and important. The production itself was a mixed bag of those who didn’t take it seriously or didn’t know their lines (at the last performance?!) and actors who understood its worth."
Read more