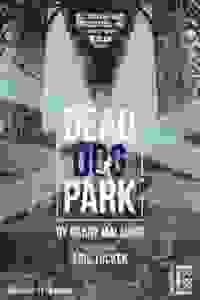 Boz and the Bard Productions, Inc. in association with BEDLAM presents a taut drama about a Caucasian police officer accused of pushing a 13-year-old African American boy out a four-story window during a police chase.

A white police officer is accused of pushing an African-American teenage boy out of a window during a police chase. The effects of a tragic incident can, in a moment, forever redefine the lives of all those intimately connected to it. This relevant tale explores the malleability of guilt and innocence when pitted against prejudice and presumption, truth and sensationalism. As the former officer stands at the precipice of fate, neither he nor the boy can distinguish fact from fiction, certainty from doubt, guilt from innocence.

See it if you are interested in a taut drama, where everything is not tied up with a pretty bow. Great staging by Eric Tucker. The ensemble, sublime.

Don't see it if you do not like thought-provoking drama.

Don't see it if you like comfort. The subject matter, the conversations between characters, and the pauses for effect are all purposefully uncomfortable.

Don't see it if you only want to be entertained

See it if you are a die-hard Bedlamite. There are some strong performances and a few nice staging moments.

Don't see it if you haven't seen Bedlam's Sense and Sensibility yet. This play is an ernest and well-intentioned but obvious and ham-fisted.

See it if You enjoy profound dramas that engage with trending issues.

Don't see it if You don't feel like thinking and just want to veg out with humor.

See it if you're looking for great acting, writing, and staging and want to leave the theatre thinking about what you saw

Don't see it if you don't want to see another drama looking at our prejudices and where everyone's empathy stops, regardless of how compelling it may be

See it if you want to understand two different views.

Don't see it if you can't understand two different views.

See it if -you like theater to spark discussions on relevant social issues. -you like intense acting and beautiful picturesque direction

Don't see it if -your looking for a 'black' POV to police brutality issues. Script fell short of being fully realized in voice for 'black' teenager and mom.

"Several interesting moments emerge here. To get to them, however, requires patience, even for a show that runs just over an hour…What begins with energy — the first scene is anxious and involving — loses steam once that trial starts. The script, by Barry Malawer, teases at complex moral questions and the possibility of a did-he-do-it plot. Yet revelations and details are kept scarce, and Mr. Malawer passes up chances to bolster the tension."
Read more

"An excellent piece of theater...This poignant drama explores the subjects of police brutality and racial tensions. With a superbly written script and extraordinary direction, the play's talented cast will keep you throughly captivated...'Dead Dog Park' presents multiple perspectives of a complex social issue that has taken center stage in America's news cycles and political debates. It is a play that should be seen by everyone to encourage an essential discourse about civil rights."
Read more

"A tough, taut drama, filled with some of the least sentimentalized characters in recent memory...In Eric Tucker's diamond-hard staging, five members of the company of six are omnipresent on stage...Malawer provides a complete and honest inventory of the collateral damage involved...This is a play that will stimulate many a conversation; for that alone, it's worth seeing."
Read more

"Minimally staged but tautly performed by a polished cast, the play draws its impetus from the hyper-politicized climate in which clashes between white policemen and black civilians have come under intense public scrutiny...The play offers no easy answer to the question of culpability...The most compelling character is the young man's mother, a working single mom, exquisitely and honestly portrayed by Eboni Flowers with a mixture of anger, weary frustration, and gritty determination."
Read more

"With everything stripped away, the actors are left to rely on their rawest emotions and instincts. The results are effective, and Tucker has crafted a production which is brimming with vulnerability from the small cast of six...'Dead Dog Park' is a powerful new play which is full of empathetic and complex characters. Backed by outstanding direction from Eric Tucker, this minimalist production addresses a touchy issue which is all too relevant to the times at hand."
Read more

"'Dead Dog Park' is proof that theater can be vocal, aware, present, raging and engaging...[Director] Tucker unfolds the drama moment to moment, building up playwright Barry Malawer’s script towards its most heated exploration of justice...Tucker weaves poetry out of moments of stillness, then unleashes heartbreak within a single sentence. He effectively raises the tension, creating an aura of anticipation, keeping the cast – and the audience’s – nerves raw."
Read more

"Director Eric Tucker has done a terrific job in making no one in the play truly likeable, though all are sympathetic, which is ideal considering the overall message...You don’t walk away from 'Dead Dog Park' feeling good about what you saw even though what you saw was well done. It handles important issues well and makes you look at them more deeply than you might have when you first sat down in the theater."
Read more

"In lean, believable dialogue, playwright Malawer captures the conflicting perspectives of his characters...Director Eric Tucker has assembled a highly competent cast...Five of the six actors are kept on stage throughout the play...This directorial choice emphasizes the fact that each person ensnared in the catastrophe in Washington Heights is destined to remain entangled with the others...The result is fierce momentum and a degree of poignancy that the drama wouldn't have otherwise."
Read more