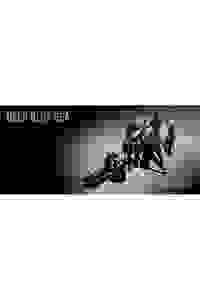 Using deconstructed texts from Martin Luther King Jr.‘s “I Have a Dream” and Herman Melville’s Moby Dick, the highly personal work explores the interplay of single and group identities and the pursuit of the elusive “we” during fractious times. The work commences with a solo by Jones and builds into a collective performance featuring 100 community members and dancers led by Jones and the Bill T. Jones/Arnie Zane Company. The original score is composed by Nick Hallett and electronic music producer Hprizm aka High Priest with Holland Andrews.

See it if you enjoy dance with a message. Here the arts of the spoken and sung word are marvelously twinned with dance & projection in a big way.

Don't see it if you expect a play or a musical. This is beyond that in a combination of the arts with powerful messages.

See it if enjoy dance-theatre pieces. a mix of Melville and Dr King thru the lens of Bill T Jones. well use of space and lighting. makes one think

Don't see it if want a play with a narrative or want a true dance piece. May not be for everyone. Fans of Bill T Jones would enjoy this though

See it if You are interested a Black Lives Matter dance performance accompanied by lovely music and thought-provoking narrative.

See it if you like Bill T. Jones and epic performance. Staging is brilliant. Goes deep into both the personal and the political. The design is wow!

Don't see it if you want to just watch dance and not get too immersed - much is being thrown at the viewer at once and it overwhelms the senses.

See it if you enjoy large venue multi media productions with interesting choreography and dance narrated by Bill Jones.

Don't see it if you don't enjoy nonlinear story telling which is a bit confusing to follow.

See it if want to see great staging with dramatic lighting and projections.

Don't see it if you want to see a pure dance performance, or a performance piece that merges the elements into a coherent, thought-provoking work.

Don't see it if you prefer a more classic theatrical experience

Don't see it if You do not enjoy dance shows or social/political commentary in art.

"Yet while visually and sonically stunning, the many moving parts of “Deep Blue Sea” too often drown out the potency of the dancing itself."
Read more