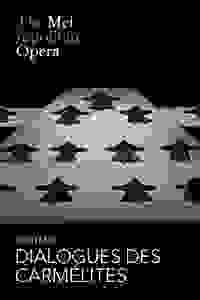 A revival of the harrowing operatic tragedy about the French Revolution.

Poulenc’s tragic opera returns to the Met, with soprano Ailyn Pérez as the young woman caught in the middle of this harrowing, quasi-historical story about a group of Carmelite nuns martyred in Paris during the French Revolution’s Reign of Terror.

See it if you like opera based on true happenings, here with strong female voices. I especially enjoyed the debut performance of Sabine Devieilhe.

Don't see it if you expect a French opera to reflect beautiful singing - here some of the fast pace and the male voices were rather irritating.

See it if you like an opera based on real events of the French Revolution. Very good acting and singing and great character studies.

Don't see it if you like typical French opera with beautiful arias and lots of romance and passion. There are no memorable arias. Read more

See it if Enjoy beautiful orchestra & vocal performances. Have interest in the French Revolution.

Don't see it if Need action or humor. This is somber opera.

See it if Dexter's 1977 production remains as intense & emotionally satisfying as ever with Met vets Perez, Coote, Goerke & Barton in vocal command

See it if A stranger interrupted my conversation a few weeks ago to berate me for planning to skip this. He was right; it's sparse, sad, & beautiful.

Don't see it if You want a happy ending; it's depressing even by opera standards. But the journey there is lovely. Every bit of this works.

See it if You want to hear fantastic singing and hear a bit of history. Quite dark, but worth it!

Don't see it if You are not an opera fan or don’t go in for dark operas.

See it if Excellent singing and cast. Music and orchestration top notch

Don't see it if Dark and foreboding ,

Don't see it if minimum set and staging

"It’s rare to see an opera so focused on women and their relationships to one another, and rarer still to see those relationships explored so profoundly."
Read more

"It’s an ending unsurpassed in opera for its brutal honesty and dramatic impact. If this compelling cast isn’t enough to lure you to 'Dialogues des Carmélites,' the final moments of the Met’s timeless production should be."
Read more