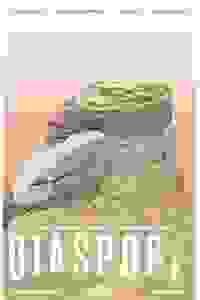 In this provocative new play, 73 AD meets 2017 as young Jewish tourists on a Birthright-style journey in Israel come face-to-face with their heritage. More…

'Diaspora' tells the story of a contemporary Birthright trip visiting Masada, a Roman-era fortress and tourist attraction in the desert of Israel. While examining their identities and relationships to Israel and Jewishness, the travelers share the stage with a retelling of the infamous events that took place on Masada, almost two thousand years ago. As the two dramas mix and interact, staying on Masada grows more and more contentious and dangerous. A no-holds-barred, fresh, contemporary look at American Jewish youth, how they see themselves, and their relation to an ever-changing world.

See it if You are familiar with Jewish history, customs and traditions. Want to see a well acted piece that blends old ideas with modern characters.

Don't see it if You’re not familiar with Jewish history, customs and traditions. Without that background I was lost and couldn’t follow most of the story.

See it if you are interested in the relevance of religious issues today and like to see them juxtaposed with their origins.

Don't see it if you are easily confused by change of character, setting and time, even though an excellent job is done with the projections.

Bruce 6
New York City
65+ | Male
550 reviews
Get Alerts Alerts On Alerts Off
39
If you hate everything about israel but like sophomoric scripts, have i got a play for you!
December 10th, 2017

See it if the performances were better than the inept script deserved; at times, they drew genuine laughs

See it if you like a show with lots of bathroom humor at the expense of a serious subject like Masada or religion. The twenties crowd laughed a lot

Don't see it if you don't like lots of BJ and p---y discussions at the Masada site. Some bathroom humor I wouldn't have minded but there was too much.

Also I think the twenties crowd,especially the males, found this show amusing because of the gross humor and constant descriptions of sexual experiences. I didn't hear much laughter from the older members of the audience. I knew the playwright's views from the notes in the playbill and these views could have made in a more serious and mildly irreverent way but the dialogue was way gross and for me the playwright's views (which I disagree with) were lost. This was a well staged show with a talented young cast.... Read more Read less

See it if you are, or can understand the language, lifestyle, and perspective of, a Millennial, in particular an American Jewish one, explore conflict

See it if You are interested in the problems of violence in Israel, Jewish identity, and religious conundrums.

Don't see it if Millenials, like, drive you crazy. You want linear explorations of complex issues. Frank talk about sex and some sexual activity offend you.

Also Muscular acting by a young cast presenting ideas that are there somewhere in all the action on stage. I'm just not really clear what they are.... Read more Read less

See it if You're a young Jew who may not be all that into Jewishness, or want to relate to the Jews of this generation.

Don't see it if Questioning Judaism and Israeli politics offends you. A 1:45 show w/o intermission is too long for you to sit through.

Also Were it not for the irritating and pointless flashbacks to 73 AD, this would be one of the better shows I've seen this year. But those scenes are worth powering through for the rest of this play.... Read more Read less

Don't see it if You want thoughtful drama. This is a disjointed confusing series of vignettes

See it if you enjoy jewish history; young people arguing

Don't see it if a bit long and scattered

See it if ..you like plays where teenagers constantly talk about sex. Interesting lighting and video design.

Don't see it if ..you are allergic to flat characters and over-the-top performances.

See it if you like clever, funny and ambitious shows that blend the gravitas of the fall of Masada with the thoughts of modern Jewish youth.

Don't see it if if you do not like to see anything tied to how young Jews view a trip to Israel and how they think about things in general.

Also The show has wonderful lines such as the highest form of a JAP ( Jewish American Princess) is a WASP. The gravitas part of the show needs more work. However, I would not mind seeing the show again.... Read more Read less

See it if you wish to see complicated issues thrust into the inner worlds of young people, most of whom are unprepared for that experience.

Don't see it if you don’t wish to listen to young people talk about what really interests them, in phrasing that they actually use.

Don't see it if If profanity and sexual dialogue upsets you. Dislike millennials.

See it if you want to see actors, who displayed talent, dealing with a horrendous script. They, individually, playing multiple roles, deserve a "85"

Don't see it if you find non-stop, repetitive potty mouth unnecessary, you want something that begins to approach what a Birthright Group is.

Also As a Diaspora Jew,living part time in Israel, I know people who have been involved in Birthright. This includes participants, guides, security personnel and soldiers. I've heard all kinds of stories. I'd be a liar to say there are never occurrences as included in the play--BUT it is never the total focus of a trip.

This play presented a disorganized, stereotypical view of American millennials, Israeli guides, Israeli staff and Israeli soldiers. I understand based on the author's long essay, written in the playbill that he has issues. I also understand that the play attempted to show the thought process of participants as they went through the experience.

BUT, I don't think anyone should pay to go see them. I'm not into participating and supporting in the author's group therapy sessions. --

Almost forgot, there is a small amount of cigarette smoking on stage and the smell makes it into the audience. If you are super sensitive ( or an asthmatic --don't even think of going.)

Don't see it if If you're not interested in comparing the banality of the present with the excessive godliness of the Judaic biblical past.

Also The contemporary Jewish characters are dismayingly shallow, but alas I believe quite accurate. It some ways it reminds me of Sholem Asch's who in God of Vengeance wrote about crass Jews -- unlike Clifford Odets in Awake and Sing who described Jews who wanted to create a better world for everyone. I didn't "like" the show, but I recognized its truth and quality and found it well worth seeing and thinking about. Terrific writing.... Read more Read less

See it if you want to see a critique of Birthright and contemplate the downfalls of American jewry.

Don't see it if just that. Don't see it. A 1:45 show w/o intermission that is too long for you to sit through

Also At first I thought this show was a critique of Birthright, which I would have welcomed and saw, but the flashbacks to 73CE were terribly constructed/envisioned to the point that they became disrespectful and degrading to Jewish history, Israeli history, and honoring the sacrifice of hundreds. Masada is a beautiful story and this show did an extreme disservice to it.

Additionally, some of the sardonic criticisms were taken a bit too far. I am a theater professional; I've never left early from I show. I walked out 50 minutes in.

See it if you went to a Jewish school at any point in life.

Don't see it if you aren't open to honest internal conflict.

See it if You want to be challenged by an intelligent, no-holds-barred piece of writing

See it if You have an interest in Israel and some politics. Or can relate to young adults sexuality.

Don't see it if You hate Israel. Or hate permissive language

See it if you like a correct historical version of Masada.See it if you want insight in the range of current political sentiments in Israel.

Don't see it if you dislike when a playwright presents negative stereotypes of female Jewish teenagers, implying incorrrectly that most are promiscuous.

See it if you are interested in examining Jewish identity, particularly as it relates (or does not relate) to the Israeli occupation of Palestine

Don't see it if you don't acknowledge Israeli occupation of Palestine, expect playwright to propose solution, are averse to plays without intermissions

Don't see it if you like a solid plot

Don't see it if you only like slow moving classics

See it if you are forced to, at gunpoint. There is nothing redeeming from this boring, confusing, offensive, disgusting and hateful play.

Don't see it if you object to transphobia, homophobia, misogyny, bad writing, bad direction, bad dialogue, and want to actually want to be entertained.

Also Diaspora by Nathaniel Sam Shapiro: No Point Being Clever, The Play is Terrible
Elke Weiss
You know a play is bad when a centrist Zionist, a left wing Zionist and a non Zionist see the play together and come out agreeing that the play is horrible. What could have been a nuanced view into Diaspora, becomes a stereotyped mess that makes me long for the mass suicide to come already and set me free from this rancid show.

The staging is minimal and the direction terrible, confusing the audience to the time period.

The costumes are minimal, outside the soldier uniforms.

The dialogue and humor is vapid, tasteless and mostly sexual potty humor.

And god, the drag performance? Seriously? Not all drag is homophobic, transphobic, and misogynistic, but this was all three at the same time.

See it if You want to see a young talented cast. Unique use of space and time.

Don't see it if Don"t mind hearing the "F" word constantly and Irreverant remarks about Judaism and the Holocaust. 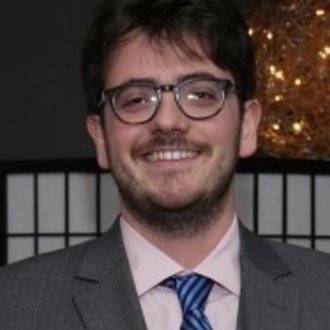 Nathaniel Sam Shapiro
Playwright
Get Alerts Alerts On Alerts Off 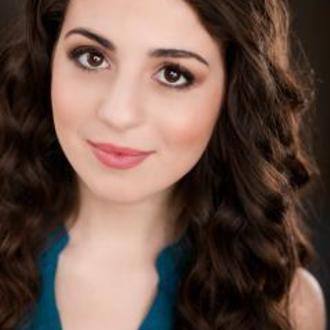 Serena Berman
Hannah / Chawwah
Get Alerts Alerts On Alerts Off 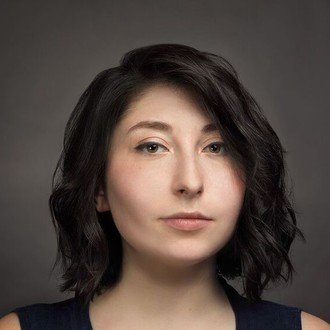 Maggie Metnick
Rachel / Tzillah
Get Alerts Alerts On Alerts Off 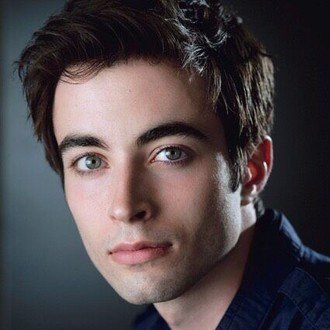 Tom McVey
Jeremy
Get Alerts Alerts On Alerts Off 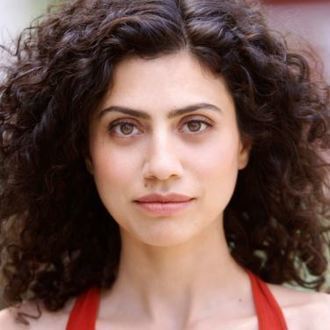 Ava Eisenson
Or / Achinoam
Get Alerts Alerts On Alerts Off 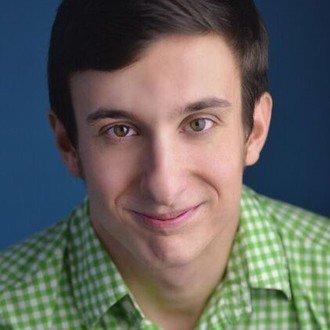 RJ Vaillancourt
Brett
Get Alerts Alerts On Alerts Off