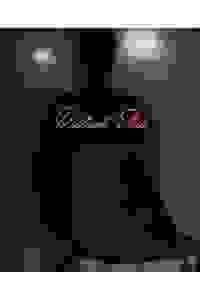 The year is 1973. In Chile, a group of young poets meets to write, argue, critique, and flirt. Days later, the government collapses and the president is shot. Amidst the brutality, one poet rises to fame as a skywriting daredevil—and, possibly, a killer. The drama unfolds in Caborca’s adaptation of Bolaño’s wrenching tale of political protest. The work weaves the author’s memories of life (and death) under Pinochet’s American-backed dictatorship into a perverse, seductive noir of urgent political necessity.

"Would that the play were as clear and focused as the material describing it. Poetry is sometimes called a distillation, but here are seven poets in need of an editor. They ramble on, and on, and on. It should be noted at once that the cast is heroic, some inhabiting multiple roles...Until late in the second act there is no trajectory...Oh, the chasm between concept and execution! Here is a wealth of raw material crying to be shaped and polished."
Read more

"Some uniquely creative and thought-provoking theater...González has woven a tale of mystery and darkness; of poetry, an inexplicable murder and quiet disappearance, drawing us into a surreal world...An excellent ensemble of actors...play a variety of characters...Moving smoothly among fleeting identities, they sustain the performance with consistently focused energy...This production operates on several levels simultaneously...Milikowsky has created a dialogue among diverse elements."
Read more