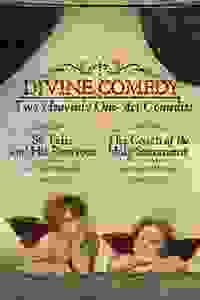 This co-production is part of an initiative to bring faith-based plays back to the New York City stage. The evening begins with Henri Brochet's 'Saint Felix and His Potatoes,' about an attempted robbery. It's followed by Prosper Mérimée's 'The Coach of The Holy Sacrament,' the comical but true tale of the conflicted romance between an elderly Spanish Viceroy and a young actress in late 18th century Peru.

See it if you like shows about faith; two short plays;

“The problem is the fact that they are directed too leisurely and, consequently, do not generate any laughs, fatal for comedies. The rhythms of both plays seem much more formal and genteel than they need to be. The short, curtain raiser plays like an extended anecdote, while the longer, more famous play is a comedy of manners that seems rather thin for its length. The stilted, old-fashioned translations from the French also do not help.”
Read more