Mary Elizabeth Winstead and Colin Woodell star in Christopher Shinn's intimate and compassionate play, where a young widow receives an unexpected visit from the twin brother of her deceased husband.  More…

Set in a spare Manhattan apartment,"Dying City" explores the human fallout of global events, including the Iraq War and the terrorist attacks of 9/11, through the interwoven stories of three characters in this 2008 Pulitzer finalist.

See it if You want to see a well written play, still relevant today even though it deals with headline topics (war) more than ten years old.

Don't see it if You expect unforgettable performances. This play is written better than it’s performed here. Draws you in but leaves you unfulfilled.

See it if Nice acting. Fascinating story re: twins Being a twin myself, gave it an extra punch and more thought)) Script leaves many "whys?"

Don't see it if A two hander. Minimal set. Avoid 1st two rows for this show as stage has been remodeled.

See it if you'd like a study in how death affects people differently & how people once close can ignore you. There is something good here but lacking!

Don't see it if it gets a little tedious with the back and forth, though it is well done and the actors are great. Triggers include war and 9/11.

Don't see it if You want a story that makes sense or directing choices that don't leave you gritting your teeth in frustration.

Also They set up a great transitional system that they only used once. The characters made nonsensical choices and the plot holes were many and varied. Despite great acting, this was a mess.... Read more Read less

Don't see it if don't like conflict & dredging up past, need everything carefully spelled out, & happy ending, don't care for Long Days Journey references

See it if you need to come in out of a monsoon. Otherwise save your time and money.No idea what the point of the whole play was.Acting is good.

Don't see it if you have ANYTHING else to do.Root canal is preferable to sitting through this one.Sight lines were awful.It just doesn't go anywhere.

See it if you like plays that jump back and forth between time, interesting concept of woman confronting her grief with dead husband's twin.

Don't see it if you don't want to leave the theater scratching your head over how this was nominated for a Pulitzer, want to feel invested in the characters

See it if A look at the survivors of a tragic soldier story. The actors are likeable. The story is so-so.

Don't see it if 2 actors for 3 parts is confusing at times. The denouement was not a surprise. Honestly, I had a hard time remembering this 2 days later.

See it if Sorry, can't come up with a reason. You want to support 2nd Stage?

Don't see it if You want to have fluid acting. These actors were static and lifeless. You want a narrative that makes sense.

This is just a muddled mess. Our heroine reluctantly lets her former brother in law into her apt as she is packing up to slip away without leaving a forwarding address. There is some idiocy about his walking off a Broadway stage after one of his fellow actors sees him having oral sex with the ?producer?. No idea- the brother in law seems to be having a lot of sex with different partners-thankfully all off-stage. The husband apparently died in a peacetime military incident.
Suicide? Accident. The poor put upon heroine has to listen to the slow reveal that her husband hated women. Didn't love her and didn't want her children--but her gay brother in law loves her and wants to have children with her.
Add in the fact that our hero, in a dual role, walks offstage in a blue shirt only to return thru the same door as the dead brother in a plaid shirt. Our heroine similarly signals change of scene, by going through a different to change clothes--but not characters.

See it if You enjoy a recent period piece about manhood, sexuality and abuse written pre MeToo

Don't see it if You like a direct, matter of fact play about Male female relationships

Don't see it if don't like shifting timelines, 1 actor playing 2 parts ( though very well), not being sure of what the playwright is trying to get across.

See it if You like unusual relationship stories, stories about war or are specifically interested in plots including twins.

Don't see it if You require fully developed characters & plots with smooth transitions, or you are sensitive to bad relationships or the death of a love one

See it if you’d enjoy a play that is interesting and well performed (especially by Colin Woodell), but doesn’t feel like a satisfying experience.

Don't see it if you need a sympathetic character to get invested. They each had moments in which I thought there might be one, but it didn’t materialize.

See it if a one-act play about family revelations, twin brothers, war, and therapy sounds appealing; you don’t mind working to hold it all together.

Don't see it if you'll be confused by multiple timelines/storylines and one actor playing two parts; if you need something fast-paced and groundbreaking.

Also Dying City begins with a slow, awkward reunion between a widow and her dead husband’s identical twin who haven’t seen one another in a year, since the funeral. About halfway through, however, it begins to sizzle with the undercurrents of spousal tension and fraternal secrets. This is not a perfect play in pacing or staging. And there’s something uncomfortable about the two actors—with Colin Woodell playing both twins and Mary Elizabeth Winstead playing the therapist-widow trying to begin life anew, even if the past won’t stay dead and buried. Yet, I enjoyed the tensions and unveiling of a world where we cannot know what is in anyone’s heart, mind, or body. Even the therapist cannot soothe herself or properly interpret those she loves best. Even the actor cannot play the “role” of truth-teller flawlessly. Even the soldier cannot be strong enough to save himself. Dying City may plod in places but it’s well worth seeing, and will resonate with you long after its over—more than you think.... Read more Read less

See it if you want a well acted piece with a weak premise and meandering plot. Lots of talking, not much action, inconclusive resolution.

Don't see it if you want a play with dialog that propels the plot somewhere interesting.

See it if you want to see a show where the characters are forced to deal with who they are and who they aren't - it isn't pretty.

Don't see it if writing that runs away from the most powerful ending makes you want to run from a production.

Also This may have been Shinn's first director job, but I thought his directing here is much better than his writing. It is never good when the writer telegraphs his general plot in the first 5 minutes of a play and then avoids the one ending that would have provided maximum punch in order to move to a much safer conclusion.... Read more Read less

See it if you like psychologically complex plays that deal with effects of upbringing, war, our society's mores, values & politics on people.

Don't see it if you dislike struggling to interpret a very psychologically complex play with politics and come contrivance "thrown in."

See it if you'd enjoy a story about family and guilt.

Don't see it if you want an action-packed story. This is a character-study play.

See it if a two-hander playing three characters is appealing, set in current times in NYC, or if Pinter-esque dialogue without insight is for you.

Don't see it if a plot that makes sense, that doesn't leave you wondering what the point of sitting there for 90 minutes is about, is appealing.

See it if Powerful, thought-provoking and painful.

See it if good acting in a two-hander

Don't see it if not a fan of Christopher Shin. No reason it was revived. Though it was done well

See it if you enjoy sitting though 90 minutes of a play that never goes anywhere and that sounds like a lovely way to spend in evening with strangers.

Don't see it if you have ANYTHING better to do like clean out a closet, re-paper the draws in your kitchen, or even alphabetize your pantry's can goods.

Also I hated it at just five minutes into the play. It was tortuous sitting through the other 85 minutes waiting to be able to leave the theater (because to leave in the middle of the show would have been RUDE to the other audience members) .... Read more Read less

See it if Interesting play using relationships between twin brothers, one a deceased soldier, and his wife, to discuss views on Vietnam War, politics,

Don't see it if Playwright seems to cover too many issues.Plot seems contrived at times.

See it if you want to see an excellent "slice of life" drama performed by 2 excellent actors.

Don't see it if You prefer light and fluffy. This is dark and intense and there are very few funny lines in it. 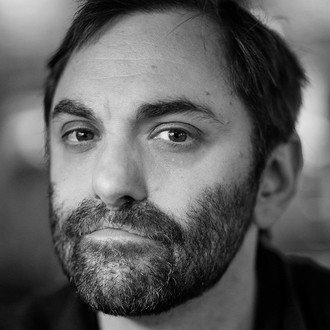 Christopher Shinn
Writer / Director
Get Alerts Alerts On Alerts Off