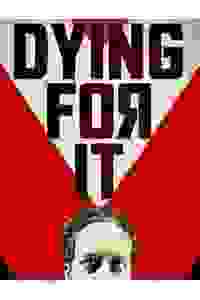 Atlantic Theatre Company presents this with adaptation of the Russian absurdist farce 'The Suicide' about a suicidal man's journey to martyrdom. More…

'Dying for It' is the story of Semyon, a man down on his luck and out of options. When he decides to throw in the towel and kill himself, a deluge of sympathetic visitors descends upon him, determined to make him a martyr for their many causes. Swept up in the firestorm of attention, Semyon does take matters into his own hands, but not quite in the fashion that everyone expects. An outrageous satire on the hypocrisy and illogic of Soviet life, this play was banned by Stalin before it ever saw the light of day.

See it if you're fascinated by all things Russian. I found the play unengaging and not funny (as was intended).

Don't see it if you insist on great acting. DFI had oddly stiff performances...don't know whether to blame the material or director (or both!)

Also I'm catching up on plays I saw before joining Show Score. It's fun to remember these productions...even the ones I didn't particularly like.... Read more Read less

See it if You enjoy plays that point out the absurdity of society.

Don't see it if Talk of suicide makes you uncomfortable

Also “Dying for It” is an adaptation by Moira Buffini of The Suicide by NIKOLAI ERDMAN. This is a dark comedy, a satire of Stalin’s Russia – that Buffini has put a modern twist to. It is a story of Semyon, a man down on his luck - frustrated with his life and under-employment. He insincerely contemplates suicide generating a wave of equally insincere visitors who each have their own agenda – causes that they would like Semyon’s death to be a testimonial to. T

As for Buffini – keep an eye out for her name. In 2010 her play Gabriel – a story about the Nazi occupation of the Guernsey and the ugly adjustments forced on Island residents blew away this theater goer.