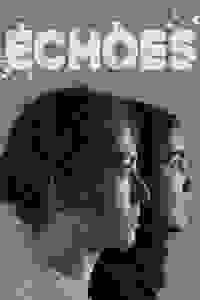 Henry Naylor's play juxtaposes the parallel stories of two women born 175 years apart: a Victorian pioneer off to wed in the British colonies, and an Islamist British schoolgirl who joins the Jihad in Syria.

Part of the Brits Off Broadway fest and presented as a pair of intercut monologues, 'Echoes' showcases the stories of two different women. One is a student Jihadist from England. The other is a Victorian member of the Fishing Fleet, women who traveled to East Asia to wed the men setting up the Empire. Both are idealists: intelligent adventurers, with strong religious beliefs. And both travel to foreign lands with a mission to impose a system of government upon an unwilling people.

See it if You want to see excellent acting in a very intense play. If you like short plays (it's only about 50 minutes).

See it if you like thoughtful plays, great acting, shows that try to help audiences understand what's going on in the Middle East.

Don't see it if you're looking for something light & fluffy. It's funny, but not lighthearted.

"See this emotive two-hander that will take your breath away. Wonderfully staged and superbly acted, it is a haunting, poignant show...Houlbrooke and Braganca are extraordinary in their roles...They master their characters with complete authenticity. You will be spellbound by their performances...Don't miss 'Echoes'. It is an important piece of theater, wonderfully crafted and brilliantly executed."
Read more

"The writing and the portrayals are so thoroughly compelling that we are pulled immediately into Tillie and Samira's worlds...Despite its brevity (under an hour), and using only the alternating stories offered up by two very talented performers, 'Echoes', co-directed by the playwright and Emma Butler, packs a wallop as it serves as a sad reminder that history repeats itself, with only subtle variations, generation after generation."
Read more

"Both actresses very skillfully perform as those central characters as well as their husbands and an assortment of people they encounter...This work is not groundbreaking but it does very effectively depict the two women and their plights with shrewdly imparted historical and cultural details...The direction by Emma Butler and Naylor crisply presents the action and emotions...It’s a grand and moving small-scale theatrical showcase for its duo of marvelous performers."
Read more

"It’s a captivating compare-and-contrast of religious fervor...The downside to this call-and-response approach, though, is that while we certainly feel the shock and awe of the girls’ suffering, we might have found even greater compassion if they had presented their tales one at a time...Both actors turn in strong performances...Co-directors Naylor and Buttler make sure that their actors are static only when the words call for it, generating a vibrant pas de deux."
Read more

“The actresses are utterly riveting in their portrayals...Both Houlbrooke and Braganca have strong voices, like two different instruments alternating in a hauntingly similar melody...This is obviously no comedy, but Naylor has used his comic gifts to create two very funny and observant characters. There is a surprising amount of laughs in the play...It is presented in minimalist style...With writing so fine and acting so powerful, nothing else is needed.”
Read more

"Houlbrooke and Braganca give committed, intelligent performances, ably changing their voices and attitudes to characterize the various people they reference. I wish I could have been more enthusiastic about the play itself, but it’s only fair to note that, as we left the theatre, my companion disagreed with me about it, and was echoed by another theatregoer who’d heard us talking. Echoes encourages conversation, and, for that reason alone, you may find it worth a visit."
Read more

"The actresses carry the hour-long production, which is spare of sets and other dramatic spectacle…Nothing distracts from the measured and intense performances. We are captivated by the women’s stark journeys and empathize as we watch both women move toward the abyss…On a global level Naylor’s themes roundly resonate."
Read more

"Earnest and well-acted…Despite being full of incident, the play never quite gels as theatre, and the politics are heavy-handed. Both husbands are one-dimensional creations; both women's situations come across as Women's Oppression 101 rather than the lived experiences of real individuals. Not to say that the stories aren't convincing, but they're not presented theatrically. The situations are effectively awful, but as lectures not a play."
Read more

"Both Houlbrooke and Bragança turn in solid, vibrant performances. Naylor and Buttler give the 60-minute show a brisk pace and keep the intertwining stories from becoming confusing. Ultimately, though, the show stops being about the characters and becomes a sermon on the Worldwide Perpetual Martyrdom of Women. Naylor should trust his more humanistic instincts, and allow the audience more room interpret what the story means."
Read more

"Felicity Houlbrooke and Filipa Braganca both deliver truly spectacular performances in 'Echoes.' But, sad to say, their talents are largely squandered on this play which is little more than a superficial diatribe...In dueling monologues, Tillie and Samira expound on their ordeals and ultimate disillusionments but without ever really acknowledging any responsibility for their own actions...The play really is nothing more than an extreme feminist and far left polemic."
Read more

“A powerful and intense play...Houlbrooke and Braganca are excellent in displaying the young women’s growing awareness of what they have bought into, with their hope and calm turning into anger and rebellion. Under the cinematic direction of Naylor and Emma Buttler, they persuade the audience that the subjects and the actors of their monologues really exist, move, react.”
Read more

"Naylor's script is utterly elegant both in his turns of phrase and the sophistication of his thoughts…Felicity Houlbrook and Filipa Braganca are absolutely up to the mark in delivering the language, both with beautifully modulated voices and exquisite enunciation...Each compels with a gamut of emotions. Theirs are wonderful performances of a wonderful play. It is enlightening, frank, balanced, and terrifyingly relevant. It is a five-star must-see."
Read more

"Naylor’s mastery of the written word is superb...Houlbrooke and Branganca hold the audience’s attention for every second of the play with both giving passionate, nuanced and mind-blowing performances. Every move simply added to the weight of this play, every word counted and the two actresses performed with every fibre of their being...This is an eye-opening, thought-provoking piece of relevant theatre which shows the plight of women across time and religion."
Read more

"You will not see two more fully fleshed out, beautifully realized performances than those delivered by Felicity Houlbrooke and Filipa Branganca: They seem to inhabit every cell of their skin, and control every flick and fall of their hair and robes...'Echoes' is variously heartbreaking, hilarious, empowering and provocative, with an almost poetic elegance where not a word is wasted or left wanting."
Read more

"'Echoes' is a beautiful piece of writing, marvellously performed by Felicity Houlbrooke and Filipa Branganca...The script is descriptive and graphic, but with nice touches of political humour...Naylor’s well-researched script cleverly intertwines the two stories...Both Houlbrooke and Branganca are gifted actresses and entrance the audience with their power and directness...'Echoes' is thought-provoking and, quite simply, a brilliant piece of theatre."
Read more

View in admin
I
Suzie Keen

"A modern-day Jihadi bride and a Victorian 'bluestocking' seem an unlikely pair, but this gripping play exposes parallels between the two that are surprising and confronting…As the barbarities of their new lives are revealed – through taut narrative and convincing performances – the play becomes much more intense. It packs a powerful punch…It’s hard-hitting, highly topical and a must-see for those who enjoy serious and intelligent theatre."
Read more

"Rather than being pushed one way or the other to defend one belief system over the other, the audience gets to feel the truth in the old adage that history is destined to repeat itself...Both women give compelling performances; their control of nuance and inflection, both moving and powerful as well as a delight to witness. One wished they would have continued to entertain us for longer."
Read more

"The writing of this piece is just superb. At times witty and amusing, at times bitter and emotional...Houlbrooke and Braganca hold the audience through every second of the play...An astonishingly powerful play on an utterly contemporary theme which still carries resonances of history. Culturally and politically important, I cannot recommend it highly enough. It simply requires thought of its audience and the audience leaves changed by it: emotionally and spiritually."
Read more

"This play is offered stripped back, with nothing on stage but two actors and two chairs. But the stories are vividly made real through the vocal inventiveness of the cast, whose depictions of cruelty and horror are delivered with searing emotion...This reliance on story-telling to bring scenes to life means 'Echoes' necessarily flies close to hammy-ness at times, which may be grating for some, but the overall effect is impactful, and well worth a look."
Read more

"The performances of Houlbrooke and Branganca are rich and nuanced, particularly through portrayals of rape and betrayal...These are not easy stories to hear, but Naylor’s vivid and often poignant dialogue, woven with a subtle but crucial humour, effectively reminds us why reflecting on how the past recurs is so important...This is timely, necessary, and compelling theatre."
Read more

"Braganca and Holbrooke play their parts with such strength and nuance that we are immediately drawn into their separate worlds. It is the surprising similarity between their situations that is profoundly explored in 'Echoes'...Henry Naylor also has comedy credentials and manages to lighten the proceedings just enough with some well-placed humour. The end result is compelling and thoughtful rather than light entertainment but well worth the price of a ticket."
Read more