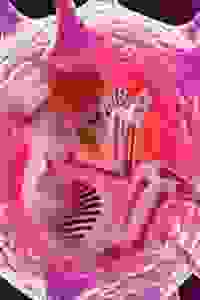 Whistleblower presents its debut production, a drama set in an African country where a killer virus is ravaging the population and threatening to spark a worldwide pandemic.

Two scientists and two veteran aid workers are based in one small town. The scientists are working on a vaccine for the virus and the aid workers are there to tend to those affected. But when a young American journalist comes to town asking questions nobody wants to answer, their motives are challenged and then laid bare. At the same time, an African landowner with a secret of his own provides the missing puzzle piece, exposing a sinister depopulation agenda with far-reaching consequences, not only for the country, but for all mankind.

See it if you want to see a show ripped out of the newspapers about the ebola epidemic in Africa. very sad play but very educational. The cast is very

Don't see it if You don't like plays about illnesses, diseases and the effects it has on peoples lifes.

See it if You're curious about Ebola

Don't see it if If you're easily offended

"The play's message is quite dark. It challenges the assumption that people are basically good, and asks us to accept that most people act out of self-interest no matter the detriment to others. I’m not one to shy away from theatre that has a bleak outlook on life, but 'Echoes of Ebola' doesn't offer enough detail to be believable. Directed by Kruszelnicki, some moments are quite powerful...If you find yourself interested in conspiracy theories, then 'Echoes of Ebola' might be right up your alley."
Read more