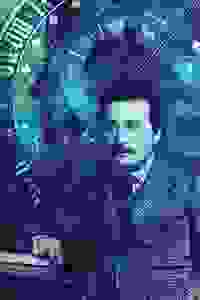 Based on the bestselling novel by Alan Lightman, this elegant new musical bridges imagined and real worlds, and unlocks the passionate intellect of one of the 20th century’s greatest thinkers. More…

The year is 1905. A young and uncertain Albert Einstein dares to envision new worlds beyond the limits of classical physics. Drawn deeply into his dreams, he is guided by a mysterious woman whose elusive identity awakens his full genius.

See it if Physicist conjures a Mother Time figure to assist discovery of his renowned epiphany.Great set with live music,song,choreo, and projections.

Don't see it if The Brain only clicks when he's snoozing in dreamscape; suggesting the connection to his theory to bend time was one only to meet her.

See it if Nice music, Alexandra Silber sings well and is perfect in the part. Einstein good too. 90 minutes no intermission

Don't see it if You want a coherent musical. Some songs were moving despite confusing story.

See it if you like an unusual musical about a genius with strange dreams. Nice singing, some good songs. I liked the staging.

Don't see it if you don't like the premise of a genius like Einstein getting all his ideas from dreams. This is a clever show but the premise is weird.

Also I saw an understudy for Einstein and he was very good. The female singers were especially strong and the 2 best songs were done by the females. Most of the songs were so so.... Read more Read less

See it if like myself, you usually love everything Einstein; likeable actors, good voices, good band; good potential but under developed.

Don't see it if All we learn is that Einstein is fixated on the theory of relativity but for anything to progress he has to be asleep. Needs some depth.

Also A couple of pretty songs, the rest not memorable. Wish Einstein's personality was developed more in his waking life. The stage feels too crowded with people, musicians and sets for the small space.... Read more Read less

448 reviews
Get Alerts Alerts On Alerts Off
72
Doesn't all work, but, good ideas and some nicely music and voices.
December 16th, 2019

See it if You appreciate adventurous new musicals.

Don't see it if You want a traditional. musical only.

See it if want 2 support musical work in progress, great visuals & masterful singing are enough, like idea of scientist celebrity portrayed in song

Don't see it if chamber musical is not your thing, need more depth 2 an investigation of theory of relativity & human relationship with time & other humans

See it if you really love the novel and therefore can follow what is happening on stage.

Don't see it if you like fast paced or traditional musicals.

See it if you want Einstein set to music. An entertaining, ambitious production.

Don't see it if you prefer non-vocal drama

See it if You are a musical theatre completionist and like to see all new musicals. You want to support Prospect Theater Company.

Don't see it if You are looking for a musical that is ready for an audience. It feels more like a hastily devised piece than a true musical.

Also “It is the same with people as it is with riding a bike. Only when moving can one comfortably maintain one’s balance.” -Albert Einstein

Albert Einstein wrote these words to his son in a letter dated February 5, 1930. It is wonderful advice, and Einstein's Dreams would have done well to heed it.

Einstein's Dreams moves in circles, though not as some sort of statement on metaphysics. It just has difficulty moving forward. It feels like an enormous ouroboros.

The newly created character Josette completely robs Einstein of his genius as well. Instead of being a man with a remarkable mind he is merely a conduit for otherworldly inspiration.

The most damaging aspect of the show though, is the problem of genius. Einstein was one of the greatest minds the world has known. The music and the script must therefore also reach a certain level of genius. Unfortunately it is simply unreached in this production.

The constant and noticeable rhyme scheme was also quite distracting.

See it if Nice change of pace musical with just enough heft.

Don't see it if Hate a musical with no intermissions.

Also The set felt like the star, featuring a beautiful massive clock with projections. Nice lighting. As usual, musicians are visible on stage, breaking the illusion, even if all black. A scrim or some other barrier would be nice. Alexandra Silber stole the show as dream gal Josette. She is glamorous and has a great voice. Owen was a fine Einstein. The show felt padded. Having a song with sentences sung backwards was annoying filler. That's when I checked the time. I was front row center, which kept me involved. Hard to remain invested beyond the first five rows in such a dominant TV and film culture.... Read more Read less

See it if You are interested in Einstein or have read Einstein’s Dreams and want to see that as a musical.

Don't see it if You want a large musical with big production numbers.

Amazing to see a musical about the discovery of relativity.

The songs vary a lot in style, which is enjoyable. My favorite was the Relativity Rag, but there were a lot of memorable melodies.

See it if you are a fan of the novel that the musical is based on.

Don't see it if you need a strong score, book, and direction...the actors, however, manage to make sense of a very weak premise.

See it if You are interested in Einstein and are open to an artistic interpretation of his life. The set and the company are excellent.

Don't see it if You do not care for new musicals that need fine tuning and better songs.

See it if you would like to see the romantic side of Einstein - you like small ensemble musicals - you aren't afraid of a (very) little bit of math.

Don't see it if you are easily confused - you want something bigger or with lots of dancing - you read the book and didn't like it.

Also Remember the move "Shakespeare in Love," which explores the idea that a creatively blocked Bard found his muse in a young actress/lover? Now imagine Einstein, equally smitten by Josette, a mysterious woman who exists only in his dreams but who nevertheless leads him to (literally) dream up some of his more consequential discoveries?

I didn't read the book, but according to composer Joshua Rosenblum (OK, I admit it, he's a friend), it didn't include Josette; bookwriter Joanne Sydney Lessner had to invent her to guide young Albert through his dreamscapes and lead him to his revelations about Time and the universe. It's an inspired and clever conceit, and it allows Einstein to be revealed as a man of romance and passions.

The production is sumptuous, matching Rosenblum's music. The cast are all wonderful. The set is compact (in a small space) but cleverly used, and lighting and projections are miraculous. Time (a 95-minute runtime) ceases to exist, and somehow science becomes magical.

See it if You enjoy musical theater that makes you think. Excellent performances, direction and set.

Don't see it if The show has some definite high points, but as a whole it doesn't really gel. The characters never really come alive.

See it if you like musicals with an unusual story, terrific book, music and lyrics, talented singers and musicians that's intelligent and funny.

Don't see it if you don't like musicals. You can always read the book!

Don't see it if you dislike any of the above.

See it if you enjoy unusual topics put to music. Very interesting set design and use of a small stage. The cast does a good job with their many roles.

Don't see it if you are looking for a classic Broadway show with big numbers and dancers & staging.

See it if A sweet little show weaving in and out Einstein's life and his dreams.

Don't see it if It's a very small production. If you are looking for something big and flashy this isn't it.

See it if You like meta physics more than physics. The songs are cute, but not much more.

Don't see it if You really like Einstein's theories and would be put off by the claim that it all came from a dream. I had the same problem with the book.

See it if you are interested in smart, fun theater which makes you lean in and connect the dots, and enjoy legit musical theater songs and performance

Don't see it if you are looking for a more traditional love story, or something more in the documentary vein.

See it if "Einstein's Dreams" is charming, thoughtful, and a cut above standard music theatre.

Don't see it if Only if you don't want to think at the same time you enjoy a show!

Also "Einstein's Dreams" is charming, thoughtful, and a cut above standard music theatre. Based upon the 1992 novel, it cleverly dramatizes many of the book's time-shifting ideas, while humanizing and making them more poignant. The music has a gossamer sheen to it, with wistful echoes from many points in history from klezmer to ragtime to Sondheim. I would highly recommend the show: It will force you to think a bit and, perhaps, expand your consciousness while at the same time sweetly entertaining you. Many kudos to wife-and-husband team Joanne Lessner and Joshua Rosenblum for creating such a lovely, miniature masterpiece.... Read more Read less

See it if You have any interest in how Einstein's mind worked! The music is enchanting and the design/ production is one of the best I've ever seen.

Don't see it if It's thought provoking and character driven,.less plot oriented. Also, the music is beautiful but not in a traditional musical theater way.

Also It is really a unique and special production. I can't get over the production design which really supports the gorgeous music. I've been reading that it's confusing, but if you're paying attention, it really isn't confusing at all. There's one song about time moving backwards and it's brilliant. I found myself with some of the songs still in my head at the end of the evening.... Read more Read less

See it if You enjoy how complex concepts can be acted out and visualized for an audience -- ingenious, v entertaining, and worked on every level.

Don't see it if You have a fixed notion of how scientists do what they do - this show humanizes them in every way.

See it if It is either a show that you think is okay or one that you will hate. A woman in his dreams and theory of relativity.

Don't see it if If you want a good musical with catchy songs in it.

Prospect Theater Company
Producer
Get Alerts Alerts On Alerts Off 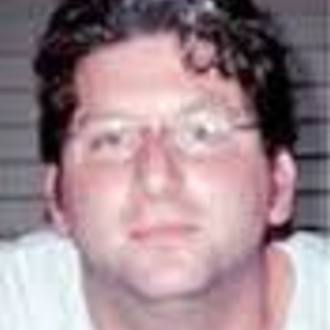 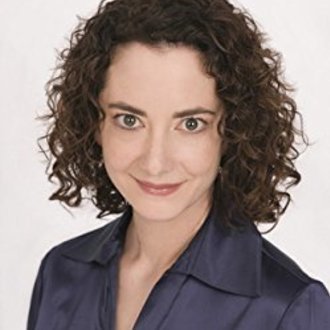 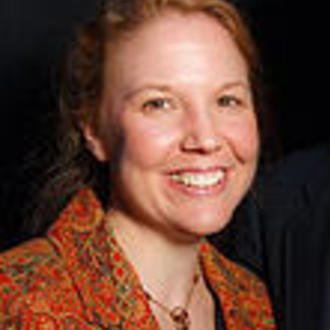 Cara Reichel
Director
Get Alerts Alerts On Alerts Off