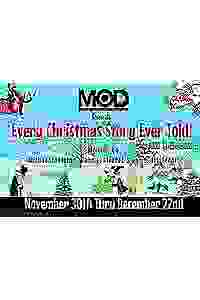 Every Christmas Story Ever Told (And Then Some!)

Lampooning everything from Dickens to Dr. Seuss and fruitcake to Frosty, this one-size-fits-all ugly Christmas sweater of a comedy takes you on a non-stop madcap tour of all your holiday favorites. More…

Three actors decide to perform every Christmas story ever told -- plus Christmas traditions from around the world, seasonal icons from ancient times to topical pop-culture, and every carol ever sung.

Another Christmas Carol? Humbug! Why tell one classic Christmas story when you can tell them all?

See it if You have fond memories of the old classic Christmas specials(Charlie Brown; Grinch; Rudolph etc) and have a bit of a twisted sense of humor.

Don't see it if You’re a purist and would be offended to see some of your childhood favorites skewered (with love) but some take a beating nonetheless.

Also This was MUCH better than I expected. Clever, sweet and smart. Perfect for the holidays.... Read more Read less

See it if u want to see a snarky, corny, satirical mash-up of everyone's favorite movie & TV holiday classics in a clever (if hit-or-miss) revue.

Also The three performers are really wonderful and they give it their all, even when a particular bit doesn't quite land. Act II, which mainly features a schizophrenic mash-up of It's A Wonderful Life & A Christmas Carol and a medley of Christmas holiday songs, is much stronger and more cohesive than the frenetic Act I.... Read more Read less

See it if you like silly takes on many, but far from all, Christmas tales, energetically & well performed with an assortment of props on a bare stage.

Don't see it if you expect a review of "every" Christmas story-this hits many & also some seasonal carols. Rapid at times, slow at others creates confusion.

See it if you like the idea of seeing various Xmas stories and songs done together. The 3 actors were good but first act needs a lot of work.

Don't see it if you like a well developed show. The first act is very amateurish.

Also The idea is good and if the show is more developed, it could become very entertaining. The skit in the second act showing a Christmas Carol and A Wonderful Life was very funny and saved the show. If the first act was more like the second act I would rate it much higher.... Read more Read less

See it if You enjoy parodies about the many Christmas shows that we see each season. Three actors giving it their all. Christmas Carol is the best.

Don't see it if You expect an elaborate, polished production. There is a 10 minute break in the 90 minute show. This is unnecessary.

Also The three actors are very talented, and are a cohesive group.

See it if You want to see a mash up of Christmas classics. You are not too critical and don't take life and theater so seriously. You can laugh.

Don't see it if You are expecting a serious performance. You need well polished performances. You need a big production with many performers.

Also This was not side splitting funny but there were some moments. The performers were talented and they have good voices for speaking and singing. I smiled quite a bit. I enjoyed their enthusiasm and the energy they put out in this performance. I enjoyed myself.... Read more Read less

See it if You like a new twist on this classic and timeless story. Very talented cast of three actors who show off their many accomplished skill set.

Don't see it if You want the traditional classic story. You may want to skip it.

Also This was a fun and enjoyable evening.

See it if you needed an excuse to get out of a house full of visiting relatives and you couldn't to a bar because you are an alcoholic.

Don't see it if you loved any of those schmaltzy Christmas themes holiday TV shows you grew up watching every year around Christmas time.

Also This production was the WORST thing that I have seen in a long time. It was worst than any AWFUL improve show anyone every conceived and ironically it wasn't an actual improv show, only it seemed like a badly conceived one because it was a badly conceived show.... Read more Read less

See it if See it if you'll enjoy a clean version of a not all that good SNL-level skit. You have a friend in the cast.

Also The 3 young performers gave it their all & I give them a lot of credit for that. The problem was the material, not the performers. I assume it's hard to go on when there are only 11 people in the audience--and 3 left during intermission. (BTW, that intermission occurred over an hour into a 90 minute show.)

I can't believe the high scores some people are giving this. Hey, maybe it works better with more people in the audience. But lines like "Gift of the Maggie" rather than Magi just aren't funny, IMO.

See it if You're up for a Christmas comedy that entertains in spite of itself, ricocheting from groaner to wit to occasional brilliance and back.

Don't see it if You're expecting a well-honed script that rises much above its clever concept, though the odd facts & dark asides repeatedly engage.

Also While pretty much the stuff of college theatricals, the game cast plows ahead with verve, for the most part pulling off the evening. Much of Act I is setup, and very hit and miss, though their take on the Nutcracker is memorable: fun, witty, over-the-top and exactly the right length. Act II's mash-up of It's a Wonderful Life and A Christmas Carol is clever if predictable.

Audience participation on the other hand, is anything but: on the night I caught the show, the slightly-lit white-haired gentleman picked to play Cindy-Lou Who went up on stage with his Schubert-cupped scotch, adding much to Who-ville. You could do worse.

Don't see it if You're a grinch

See it if You want to see a summary of Christmas stories and hear about Christmas traditions. Cast is quite funny

Don't see it if You do not like Christmas plays

See it if You don't mind seeing a show that seems improvisational, though it wasnt. Actors were talented, but the material was awful.

Don't see it if If you want to see a developed Christmas show. If you are not familiar with classic christmas stories, you would be lost.

See it if You like parody shows and want to see performers enjoying themselves immensely.

Don't see it if You want anything profound or need big production values.

See it if Support cast, have some very limited fun, unable to use Google and to read about Christmas traditions in different countries

Don't see it if Do not want show with the audience participation; some jokes are not for the kids, some are too childish. Dislike classical storie's spoof

Also Room for 99 people, only 10 were present.
Actors are good, did their best
... Read more Read less

See it if Three charming fellows with Christmas jokes from the past, even though most of the audience did not get the jokes, have their moments.

Don't see it if No matter if the show is good or bad, a 90 minute show doesn't need an intermission. Broadway Adam Daveline is stand-out of this production.

See it if You like comedy. The actors really did a great job making you laugh while even laughing themselves.

Don't see it if You like dramas or musicals with a lot of staging.

142 reviews
Get Alerts Alerts On Alerts Off
68
Too much repetition, Slow, Disappointing
December 15th, 2019

See it if you want to entertain children from 8-12. they will find it funny.

Don't see it if you like something for grown-ups as well. I left at the break, it was too repetitive in something that did not prove entertaining.

See it if you'd like a "Cliff Notes" version of several classic Christmas stories.

Don't see it if you're expecting a lampooning of the stories or anything close to a "madcap tour".

Also I'm glad most other reviewers like this, but it didn't work for me. I came in expecting to see parodies of some classic Christmas stories, and all I got were quick summaries of the stories. No parodies or added humor. The acting was fine, but not as nearly creative as I had hoped.... Read more Read less

See it if you would enjoy a funny look at some of the most famous Christmas stories. These 3 actors do an amazing job playing many different parts

Also There was a brief intermission 1 hour into the show. Would have preferred if they just went straight through... Read more Read less

See it if you're in the mood for some good old-fashioned holiday fun.

Also The cast of 3 are terrific and work their butts off playing dozens of characters with lightning-fast costume changes. Sure it's low budget, but that's part of the charm. Also, am I alone in thinking one of the guys in the cast looks like Olaf from Frozen?!... Read more Read less

TheatreLover311
New York City
Female
104 reviews
Get Alerts Alerts On Alerts Off
72
A sweet-natured and reverent love letter to the world of christmas, Loved the mash-up of 'it's a wonderful life' & 'a christmas carol', 21st century reincarnation of the three stooges, Funny and delightful, Entertaining
December 22nd, 2019

Don't see it if You wouldn't be caught dead wearing a colorful and jingly Christmas sweater.

Also I confess: we came to this performance wearing our Christmas sweaters. But we weren't the only ones. Others had more spirit to show and share like us.

I highly recommend seeing this comedy show if you take yourself too seriously or you're in need of some Christmas inspired perspective.

Adam, Cameron and Magarin will cheer you up and entertain you with their well-thought out Christmas mash-up pastiche holiday review. I particularly loved Adam's 'Peanuts' Christmas poem and their mashup of 'It's a Wonderful Life' and 'A Christmas Carol' storylines. Hysterical.

If I had to describe this show, I would say it is a respectful, family oriented clean of cuss words 'South Park' inspired Christmas-around-the-world-traditions episode. A show worthy of packaging and uploading to YouTube. Just what a New Yorker needs to cheer up.

See it if you see shows about christmas

See it if You like Christmas, a Christmas Carol, and have a sense of humor.

Don't see it if You want to see a serious, accurate version of a Christmas Carol.

Don't see it if Having walked out at intermission, rare occurrence for me. Primitive set, costumes, lines and rest. Really waste of time for me and spouse.

“Every Christmas Story Ever Told (And Then Some!)” hasn't been reviewed by any Critics (yet!)

MOD Theatre Company
Producer
Get Alerts Alerts On Alerts Off 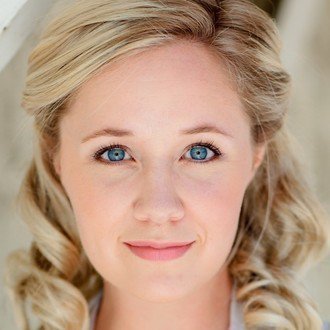